Audi fans are quite proud of the brand’s famous Quattro all-wheel drive system. For good reason, too. Audi made all-wheel drive mainstream and popular in sedans and coupes back in the ’80s and ’90s, after the famous Quattro rally car. However, it’s not the only brand that has been making impressive-all-wheel drive systems in sedans and coupes since then. BMW has also been using its xDrive system for several decades (previously named iX). So which is better? The age old debate is answered in this new video from Tyre Reviews.

This new video puts an Audi A4 Quattro up against a BMW 3 Series xDrive, and a Jaguar XE AWD just for good measure, in snow and ice to see which all-wheel drive system is best. Each car is fitted with the exact same Nokian Hakkapeliitta tires, for fairness.

The tests we get to see are a drag race on snow, a drag race on ice, an uphill snow drag race and a snow course race. What’s interesting is that it seemed that the surface and the driver’s had the biggest impact on the outcome of each race, with the cars being quite evenly matched. For instance, the Audi would beat the BMW in one race and then, when they switched sides, the BMW would win. So it seemed as if one side of the drag strip had better traction than the other. And this happened often. 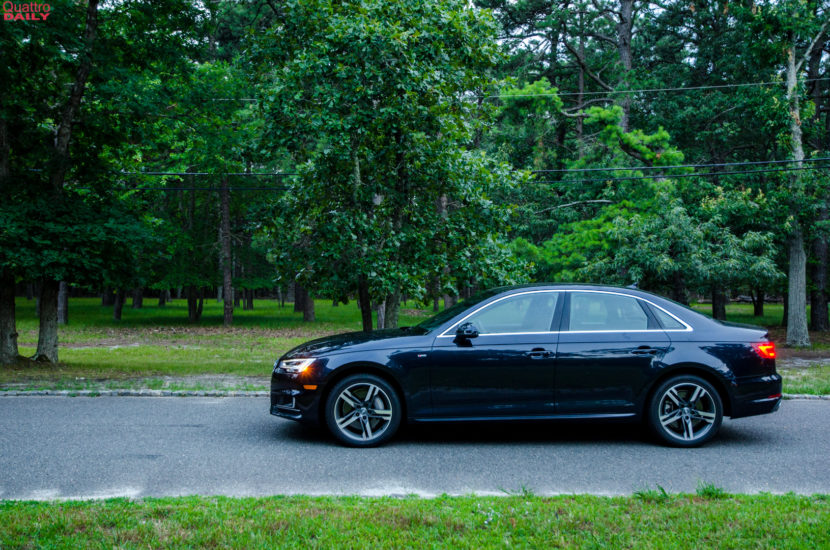 However, the most telling test was the last one, the snow course. With traction control on, the Audi A4 Quattro was the best, keeping the car safe and secure and making it the easiest to drive quickly. It was also the fastest. However, turn the traction control off and the BMW was the best to drive and the fastest, as it was the easiest to slide and control. Whereas the A4 wouldn’t allow its traction control to turn all the way off, which made it intervene a bit too much still. The Jag was the surprise standout on the snow circuit, being a bit slower than the BMW with the traction off but actually the most fun.

In the end, it’s safe to say that all of these all-wheel drive systems are very impressive. Both Audi and BMW have been doing it for a long time and it shows, as they both showed a ton of grip on both snow and ice. It also goes to show that tires are more important than anything, as the winter Nokians provided a ton of grip, even on pure sheet ice.