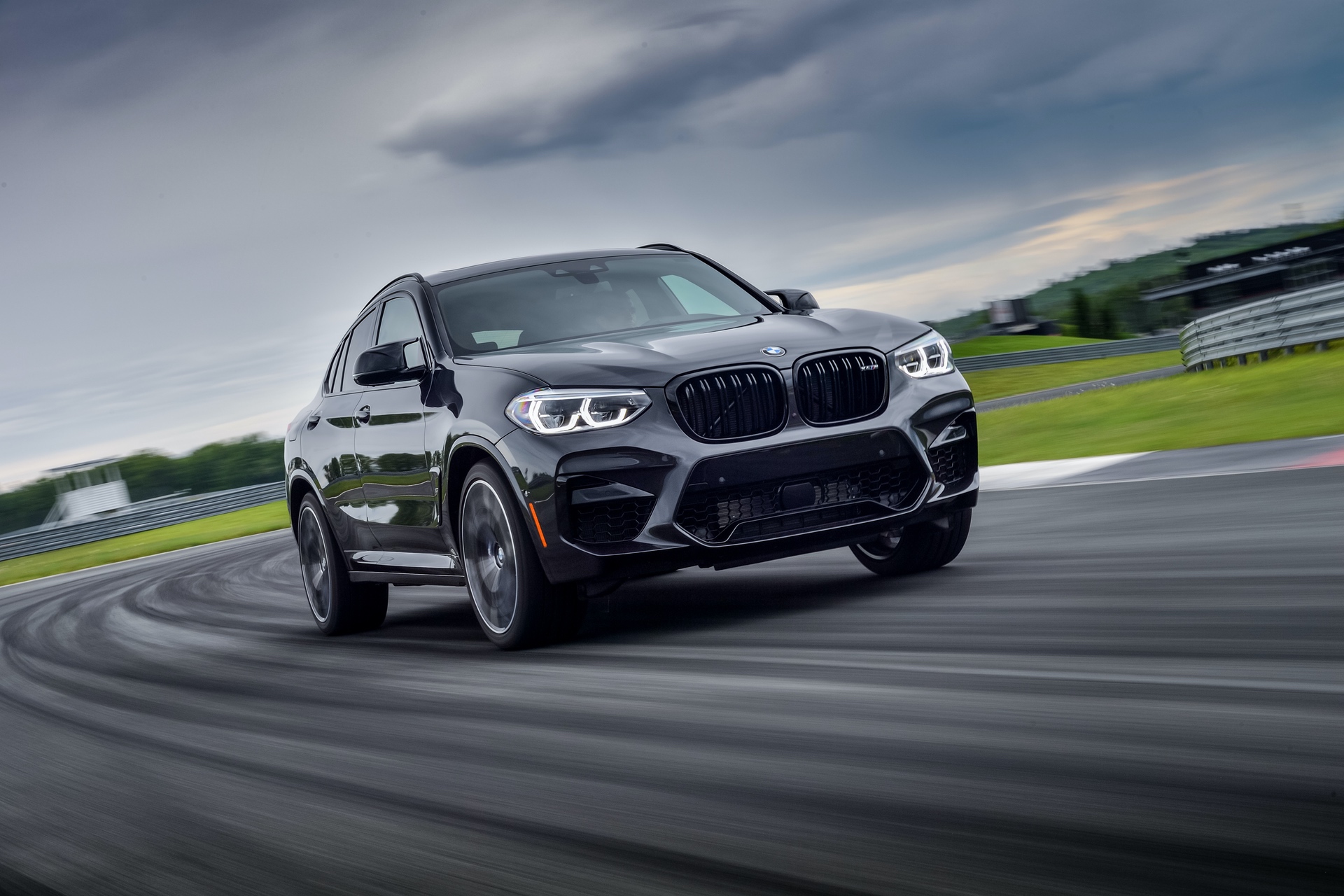 Deliveries of BMW X4 M and X4 M Competition models are kicking off and you know what that means: it’s drag race season. People can’t wait to drag race the new X3 M and X4 M models and one of the first people to do it is Mat Watson from CarWow. In his typical fashion, he brought along three other cars to see which is fastest in a straight line and which can brake best. He is joined by a special guest today though.

Alex Karsten from Car Throttle decided to come over and he brought one of the fastest SUVs in the game today to play. He’s driving a 2019 Porsche Cayenne Coupe Turbo which means he has a 4-liter twin-turbo V8 under the hood. That engine makes 550 HP and 770 Nm of torque and is hooked up to one of the best gearboxes in the business today. The Cayenne is also all-wheel drive as are all the cars here.

Apart from that and the BMW X4 M Competition, there are two more ‘SUVs’ lined up at the starting line but they aren’t exactly proper rivals for these two. Truth be told, the X4 M and the Cayenne aren’t exactly direct rivals either but the drag race showed they are closer in terms of performance than ever. Getting back to the other two, the G63 AMG and the Bowler Bulldog are massive, powerful beasts but they can’t really compete with the other cars in these conditions.

The race result was 2-1 for the BMW which actually caught me off-guard. I definitely didn’t see that coming, considering the BMW X4 M Competition has a significantly smaller engine than the Porsche and less power. In the drag race, the Porsche won by a hair while the rolling race went to the BMW for some reason. The brake test did make sense as the BMW is a bit lighter than the Cayenne.

Still, I was amazed by how fast that X4 M Competition proved to be.