With the cat finally out of the bag, BMW is now clear to start promoting its latest M model, the BMW M8 Gran Coupe. Unveiled earlier today, the new 4-door coupe is a stunner. Arguably, it’s the best looking car in the Bavarian manufacturer’s range today and according to BMW, it could make up to 50 percent of the M8’s sales. As usual, the Germans published their Official Launch Film featuring the M8 Gran Coupe and it’s quite something to behold.

Following in the footsteps of the same kind of film done for the M8 Coupe and M8 Convertible, we’re also dealing with what looks like an otherworldly experience here. The BMW M8 Gran Coupe can be seen driving around in the dark, with the moon seemingly focusing its light on the majestic car. The action takes place at night and the shots are edited in such a way that they suggest the speed of the car will be more than you can handle. 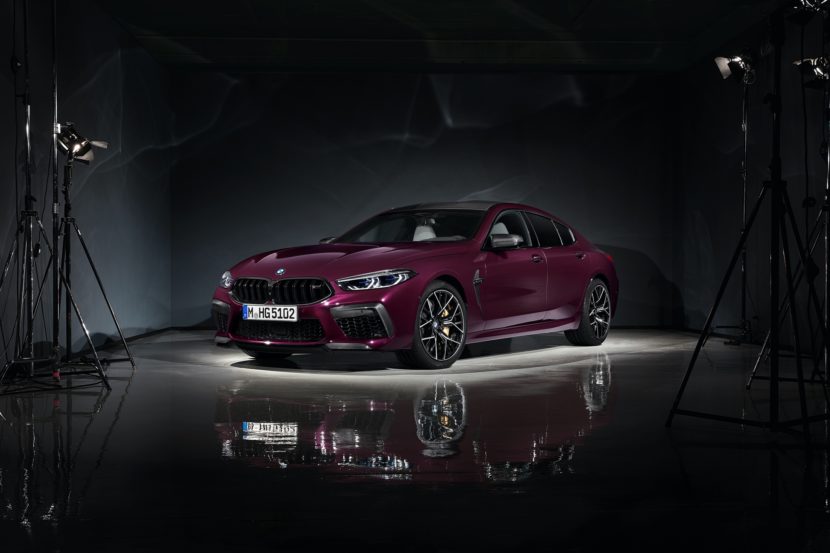 So with that in mind, let’s go over some specs. The M8 Gran Coupe comes with the same 4.4-liter twin-turbo V8 used on other M cars, starting with the M5 Competition. It has 600 HP or 625 HP and 750 Nm (553 lb-ft) depending on the version you go for, the Competition model obviously coming with more oomph. All-wheel drive helps the car reach the 62 mph benchmark speed in 3.3 seconds or 3.2 seconds.

At least according to the official specs since we managed to stop the clock at 2.88 seconds.

Now, you may be wondering about the color seen on this launch model. Well, that’s the new BMW Individual Ametrin Metallic paint, a color that was also shown at the Frankfurt Motor Show on a nicely speced BMW X7. No matter the car, that color definitely is a stunner and will turn a lot of heads.