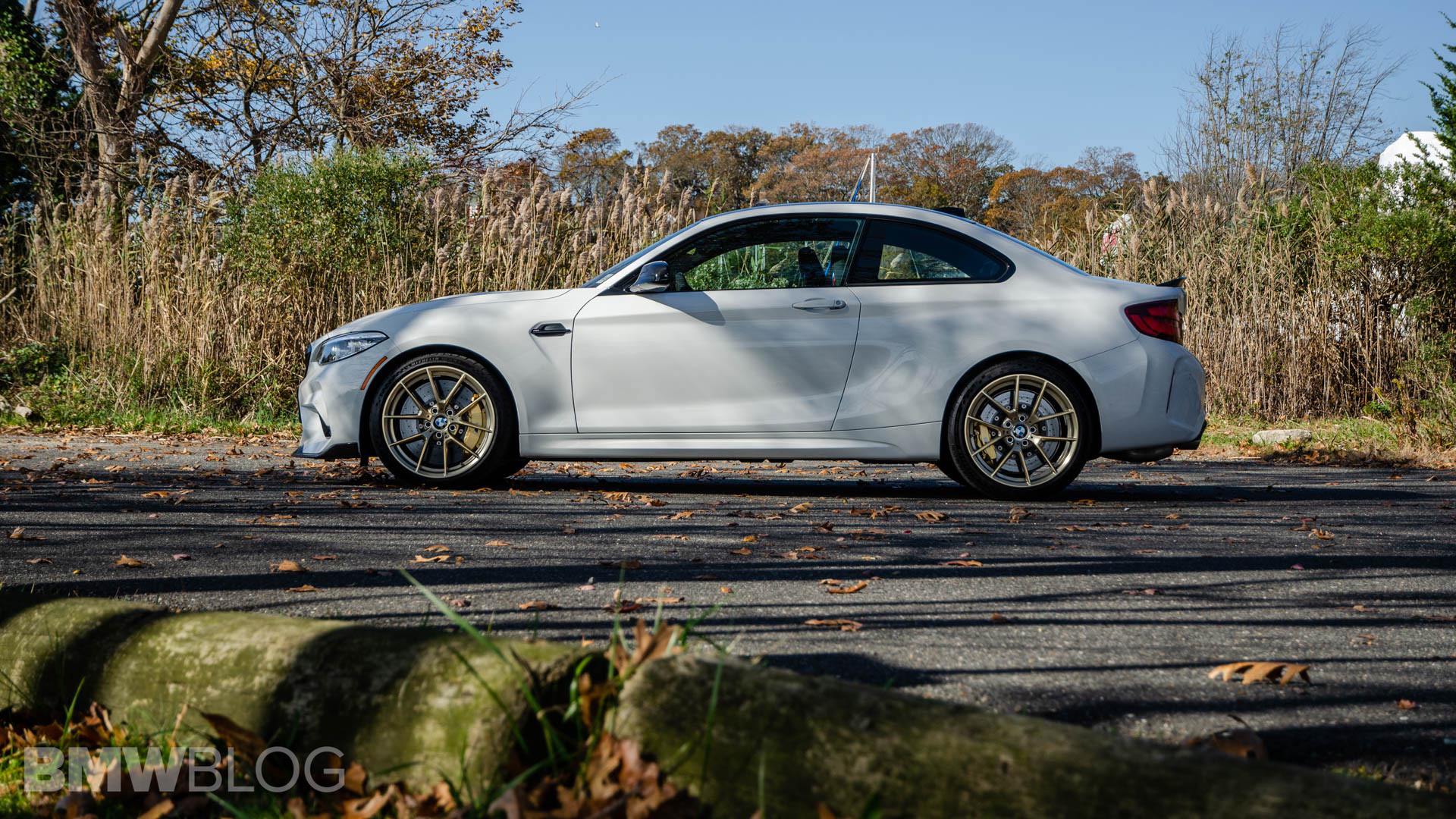 BMW Belgium held a private customer event this week where the main star was the upcoming BMW M2 CS. The super sporty M2 variant is due out in November, with a debut at the 2019 LA Auto Show, and will go on sale, as we reported exclusively, in March 2020.

Lots of the details of the BMW M2 CS were fairly known before, but there are a few confirmations that just came through, along with new info.

For starters, the BMW M2 CS is getting the rumored 450 horsepower output. The standard gearbox is manual, with dual-clutch optional. The adaptive suspension with no adjustable height is also offered on the M2 CS, along with red caliper brakes M Performance Brakes. If you would like to spend more money, then you can get the carbon ceramic.

The wheels were also known before – 19 inch 763M Style in either gold or black, wrapped in Michelin Cup 2 tires.

As far as visual upgrades, the BMW M2 CS gets the carbon fiber treatment on the vented hood, roof, mirror caps, front and trunk spoiler and rear diffuser. Inside, lots of carbon fiber is available as well, around the center console and dashboard.

The seats are wrapped in leather with Alcantara on the side bolsters and are similar to the Competition seats in the M3/M4. There is also red stitching.

Only four colors are available for the BMW M2 CS – the standard Alpine White and Sapphire Black, then the Hockenheim Silver from the M2 Competition, and a new one – Misano Blue.

In the sound department, the BMW M2 CS makes use of the M Performance exhaust which is also available as an option on the regular M2 Competition.

The rumored weight of the car is around 1,500 kg (no official numbers yet).

When does it go on sale?

As we mentioned before, March 2020, we’ve also shared recently the production run of 2,200 units.