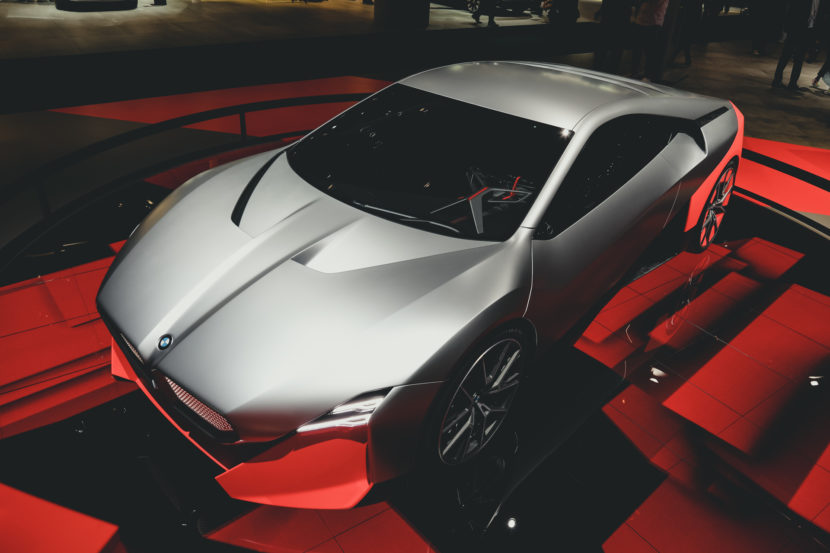 This is the BMW Vision M NEXT that was unveiled in June at the NextGen event in Munich. Since, the futuristic concept has been on a world tour entertaining potential customers. We’ve already learned that the BMW Vision M Next will head for production in early 2023 and it will be the M Division’s first foray into the electro-mobility world.

Like the i8, the Vision M NEXT combines electric and small-displacement petrol power in a plug-in hybrid configuration. A more powerful four-cylinder engine is used alongside an electric front axle, giving a total power output of 592bhp. BMW claims a top speed of 186 mph and 0-62 mph in 3.0 seconds. 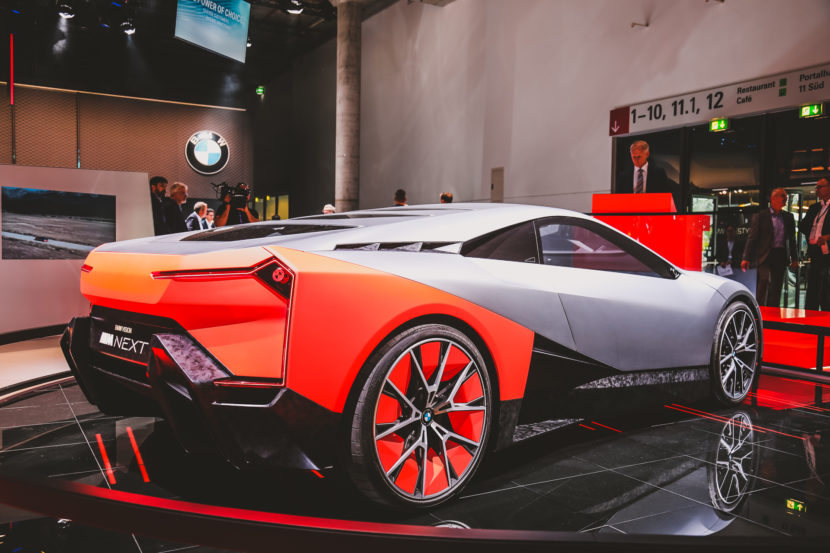 Its battery capacity and tech have not been detailed, but a range of up to 62 miles on electric power is claimed.

Even better than that, drivers will be able to choose between electrified all-wheel drive or pure rear-wheel drive.

BMW R&D chief Klaus Froelich said on the sideline of #NextGen that a fully electric M Next would have made the car too heavy – 4,850 pounds – so going with a plug-in hybrid powertrain, BMW will be able to keep weight down to a more reasonable level. The automaker targeted a weight of 3,750 pounds for the Vision M Next concept but actually came in a lot lower, according to Froelich.

Design wise, the front-end features the typical BMW design cues, but with a more angular profile and much larger kidney grilles.  As you’d expect these days.

The C-pillar vents, the louvered rear window, its spindle-thin taillights with BMW Roundels in them — harking back to the original M1 — all combine to make the BMW Vision M NEXT an interesting car when it hits the market. 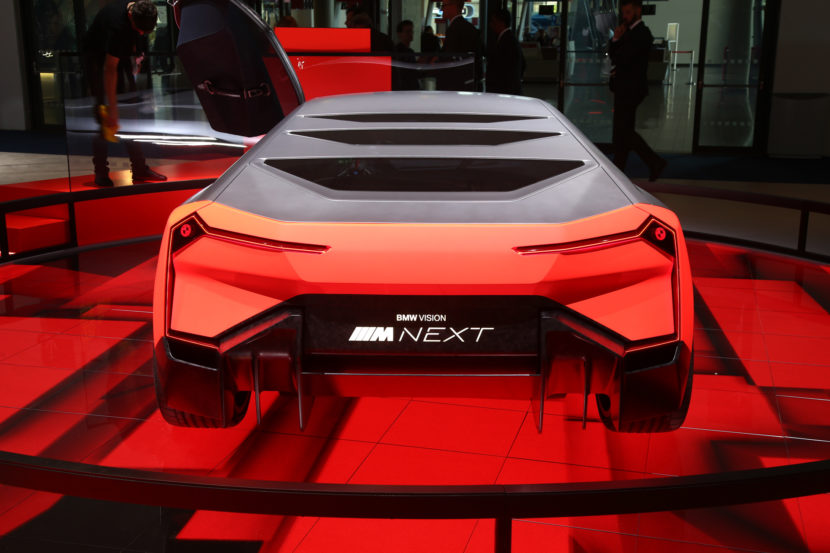 Inside, the driver sits low and cocooned by the cabin, with nothing but a steering wheel and two floating, curved transparent screens ahead. The steering wheel itself is a funky shape and features no buttons or gimmicks. The rest of the cabin is completely devoid of visible tech, making it quite relaxing to the eye. 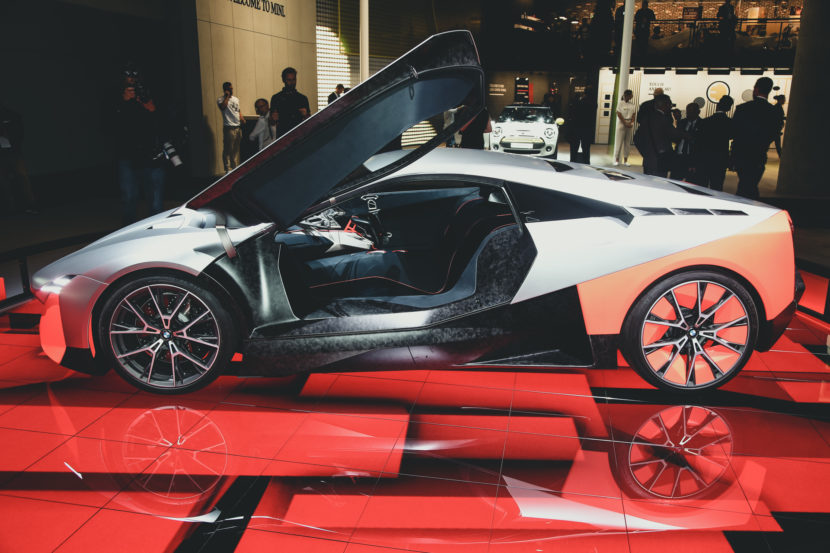 The interior is constructed using a mix of materials, including woven synthetic fiber and anodized titanium.

As we move closer to the launch date, we expect BMW to unveil another concept based on the Vision M Next which will give us a better sense of the final design.