The Monterey Car Week kicked off today with the usual BMW press conference on the beautiful lawn in front of The Lodge. The star of the BMW lineup this year is without a doubt the all-new BMW Vision M Next. The futuristic concept car made its debut in June at #NextGen and it’s now making a world tour.

Even though not officially confirmed by BMW, the Vision M Next will indeed head for production in 2023. The car will be part of a new BMW M lineup and the first step towards a fully electric M car. 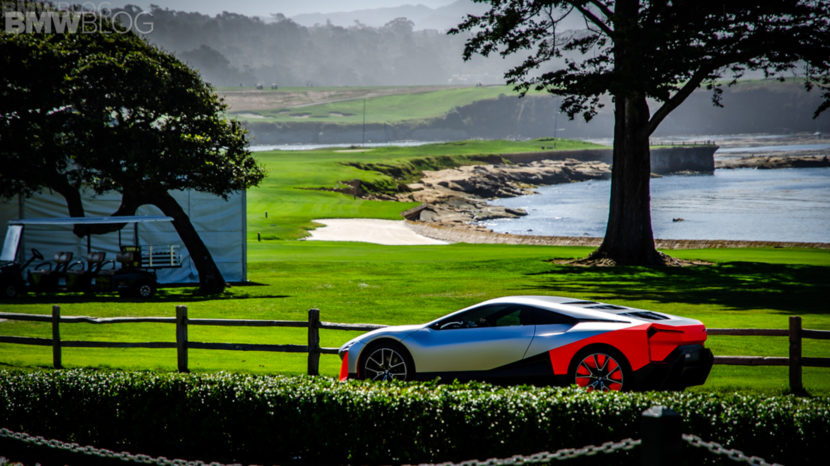 The Vision M Next is said to run a plug-in hybrid with a 2.0 liter four-cylinder turbo engine and twin electric motors. The combination was claimed by BMW to deliver 600 horsepower, or enough for 0-62 mph acceleration in 3.0 seconds and a top speed of 186 mph.

Even better than that, drivers will be able to choose between electrified all-wheel drive or pure rear-wheel drive. 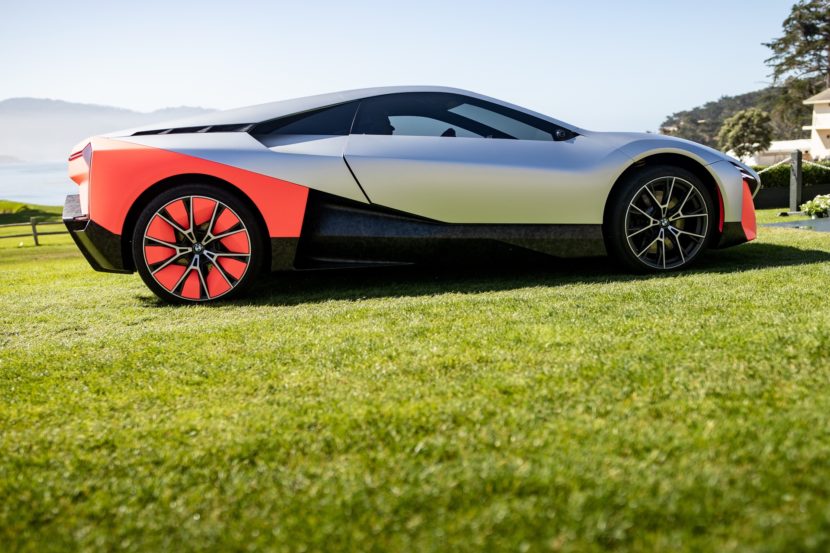 BMW R&D chief Klaus Froelich said on the sideline of #NextGen that a fully electric M Next would have made the car too heavy – 4,850 pounds – so going with a plug-in hybrid powertrain, BMW will be able to keep weight down to a more reasonable level. The automaker targeted a weight of 3,750 pounds for the Vision M Next concept but actually came in a lot lower, according to Froelich.

Its design is a cross between the BMW i8 and the M1 Hommage. There are plenty of square shapes that’s reminiscent of the Giugiaro-designed BMW M1 from the ’70s. The C-pillar vents, the louvered rear window, its spindle-thin taillights with BMW Roundels in them — harking back to the original M1 — all combine to make the Vision M NEXT an interesting car when it hits the market. 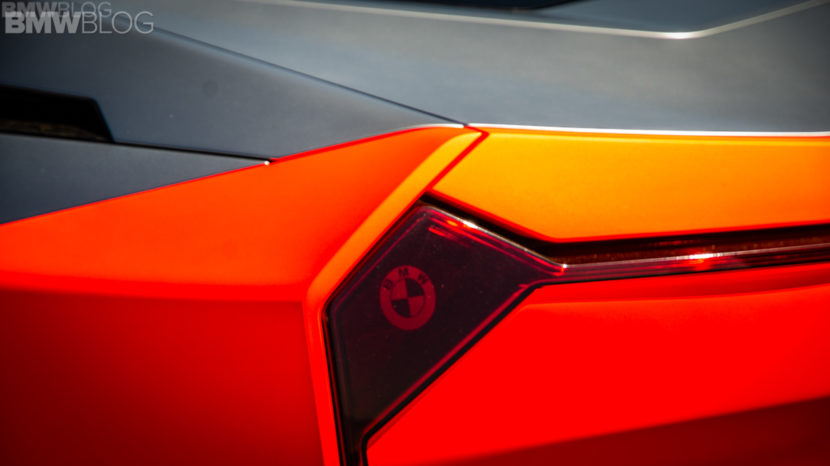 That stunning body work gets carbon fiber everywhere, with some of it exposed and some of it painted. The two-tone paint job of Cast Silver metallic and Thrilling Orange make for one striking supercar.

One of the really cool bits about this car is its Kidney Grille design. For starters, they’re relatively small by modern BMW standards. But being a plug-in hybrid, those grilles aren’t real. Instead, they’re closed off by a transparent panel that’s laser etched and backlit to make it look as if it’s floating inside.

The interior is futuristic minimalist. The driver sits low and cocooned by the cabin, with nothing but a steering wheel and two floating, curved transparent screens ahead. The steering wheel itself is a funky shape and features no buttons or gimmicks. The rest of the cabin is completely devoid of visible tech, making it quite relaxing to the eye. 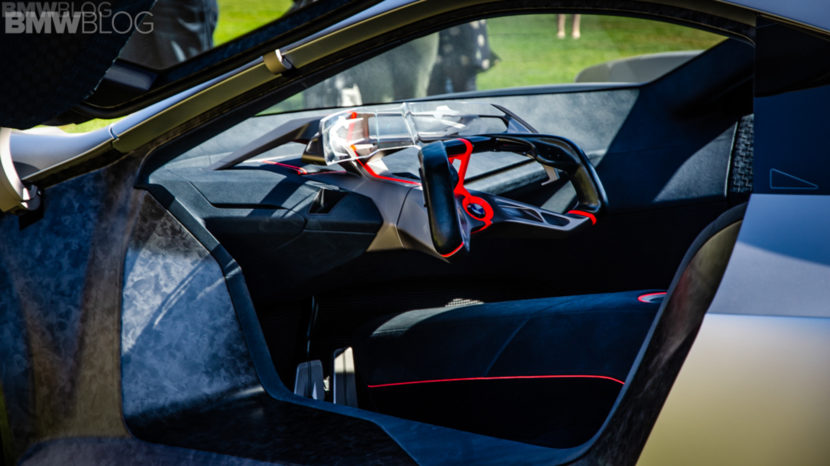 Don’t let that minimalism fool you, though. The cabin of the BMW Vision M NEXT is packed with tech. For instance, those transparent screens, combined, are called the “Boost Pod”. They can display all sorts of information and they’re designed to be the main focal point of the driver’s cockpit.

As always, this will be a very busy week for us, so stay tuned for more info and follow us on social media as well: www.facebook.com/bmwblog, www.instagram.com/bmwblog and www.youtube.com/c/bmwblog