Of all the upcoming Bimmers, the BMW M8 Gran Coupe is likely the most hotly anticipated. When it debuts, the M8 Gran Coupe will be the top-dog in the BMW M Division lineup, as it will have about the same performance as the M8 Coupe but will be more premium inside and more usable everyday. It will also likely be the most expensive BMW to date. So, naturally, it’s quite exciting. Thankfully, we won’t have to wait to long to see it publicly, as it’s going to debut at the LA Auto Show in November.

We’ve all seen the BMW M850i Gran Coupe already, the less-powerful, M Performance sibling of the M8 Gran Coupe. However, I’ve actually seen the real-deal M8 version in person at a closed room event at M Fest in Canada and I can tell you that it’s a significant upgrade in style. It’s far more aggressive looking than the M850i, just as the Coupe version is, and its back seat is very premium and high-end. In a way, it reminded me a lot of the Aston Martin Rapide S, not in actual looks but just tone in general; big, very fast, very agile GT car that’s also quite luxurious. 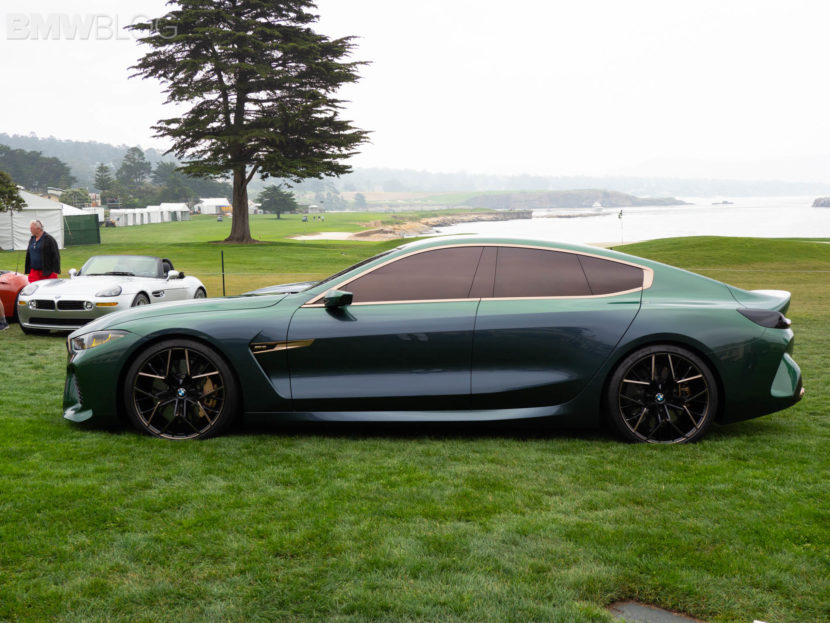 Powering the BMW M8 Gran Coupe will be the same 4.4 liter twin-turbocharged V8 that powers the Coupe version. So it will make 600 hp as standard and around 617 hp in Competition guise. BMW wouldn’t give out any information about its performance or specs but we can imagine it being about the same as the M8 Coupe, in terms of performance, but just a tick slower due to extra weight.