The life of BMW’s 3 Series is getting more and more complicated every year. Competitors from all brands in the industry are showing up like mushrooms after rain, to try and take its crown away. For almost 40 years, the 3 Series model dominated its segment after inventing it. Now, there’s a new model out and the landscape has changed a bit. Apart from the usual Audi A4 and Mercedes-Benz C-Class rivals, other car makers are now trying to steal its thunder away, like Genesis.

Genesis is a sub-brand of the Hyundai-Kia conglomerate. It was launched a while back as a brand to take on premium offerings from Germany. Did it succeed? Well, the guys from Car Advice are trying to give us an answer in the review posted below. Therefore, we get to see the BMW 330i tested against the Genesis G70 and the Lexus IS350. It’s interesting to point out that the BMW is the only four-cylinder car here and the one with the least amount of power. 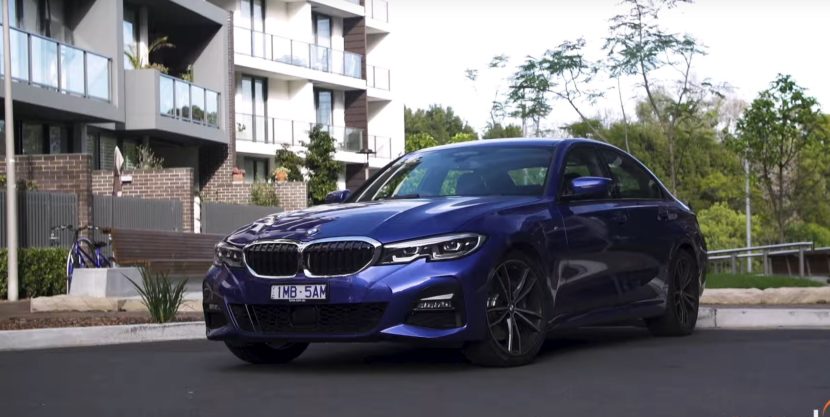 Nevertheless, the 330i manages to hang with its rivals here. The Genesis G70 is in its top-dog guise here, having a 3.3-liter twin-turbo V6 to rely on. The Lexus IS also has a V6 under the hood but it’s an atmospheric unit hooked up to an 8-speed automatic gearbox. Needless to say, the Lexus is pretty much out of the game from the get go. That’s mostly because it is pretty old and in dire need of a revamp. Thus, we’re left with the Genesis and the 330i.

To be fair, the conclusion of this comparison doesn’t really have a clear favorite. The 330i and the G70 do trade blows but it’s hard to name one that’s clearly better than the other. That says a lot about how far the Genesis brand has gone already. Catching up to the 3 Series is not an easy thing to do and the Koreans are already really close.