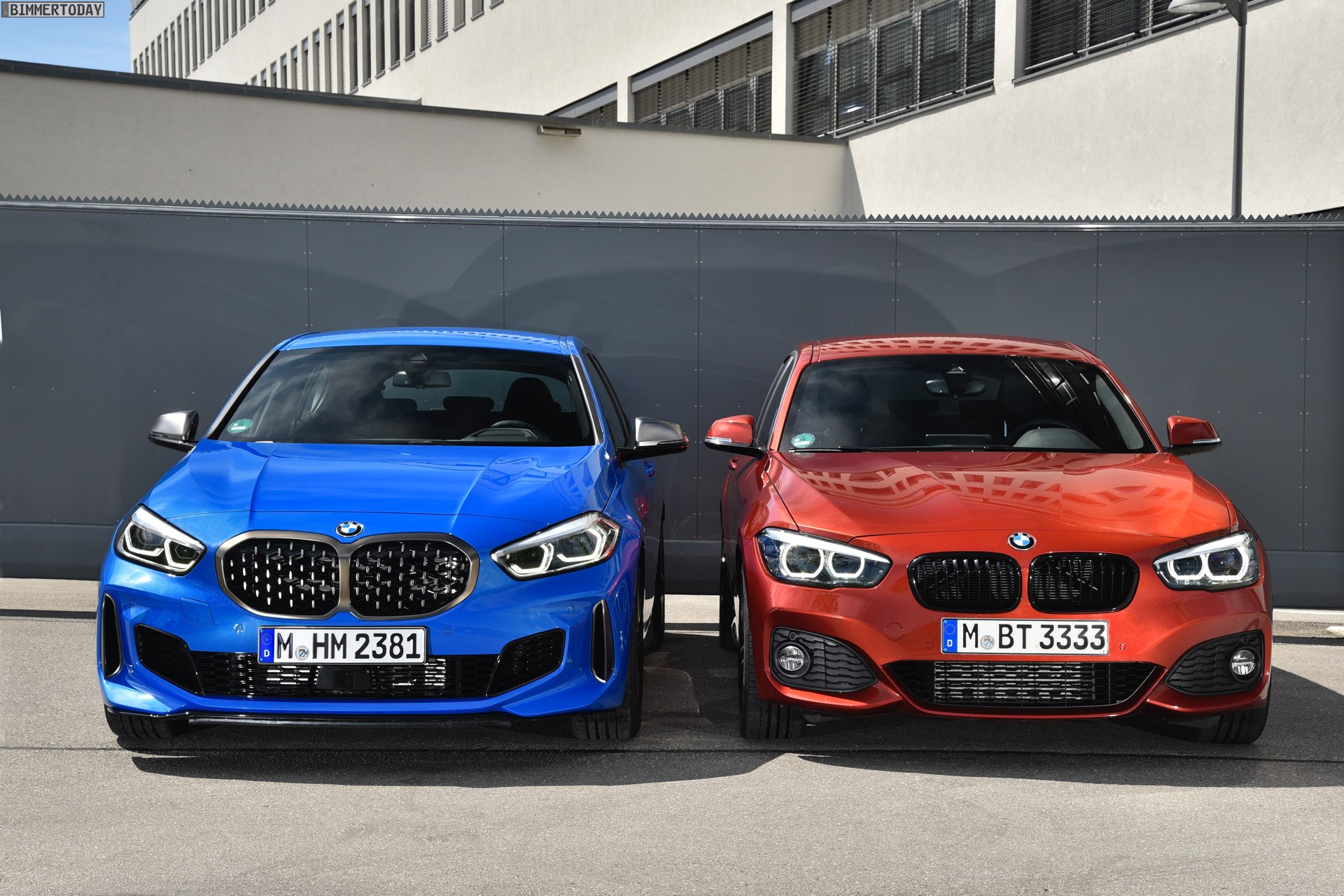 With the new BMW F40 1 Series, the engineers in Munich have opted for a controversial change – the switch to a front-wheel drive platform from the beloved rear-wheel drive. Our sister website Bimmertoday had the opportunity to visually compare the third-generation M135i and a 2018 F20 LCI with the M Sport Shadow package. Both vehicles stand on 18-inch M light-alloy wheels.

These photos show the second and third generation in sporty configurations and allow a picture comparison of a different kind. Obvious are the visual differences, from the larger kidney grille over the slightly shorter hood and the flatter windscreen to the completely newly drawn headlights and taillights. 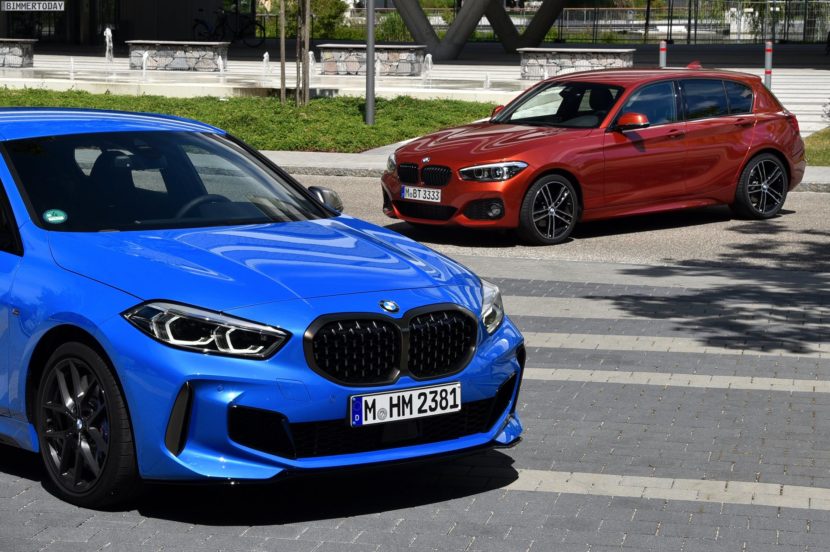 The technical background of the slightly different proportions is not visible: While the BMW 1 Series F20 in Sunset Orange carries its engine under the bonnet and thus primarily drives the rear wheels, the engine of the BMW 1 Series F40 is mounted transversely to the direction of travel and controls the front wheels. Although they are both on request with xDrive.

The rear passengers of the new BMW 1 Series F40 will especially benefit from the change to the UKL’s front-wheel drive architecture. Because the engine is mounted further forward and transversely, there is more space in the interior – 33 millimeters more knee room, 13 millimeters more elbow room and up to 19 millimeters more headroom in the rear. The boot volume is increased by 20 liters to 380 liters. 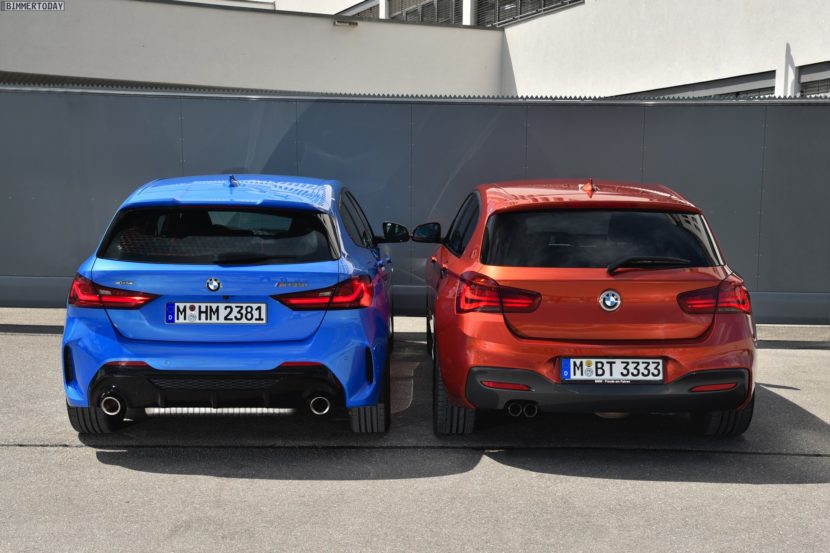 The driving experience is likely to be different as well and we will test that in the near future, so it remains to be seen what the customers’ reactions will be to the new architecture and driving style. 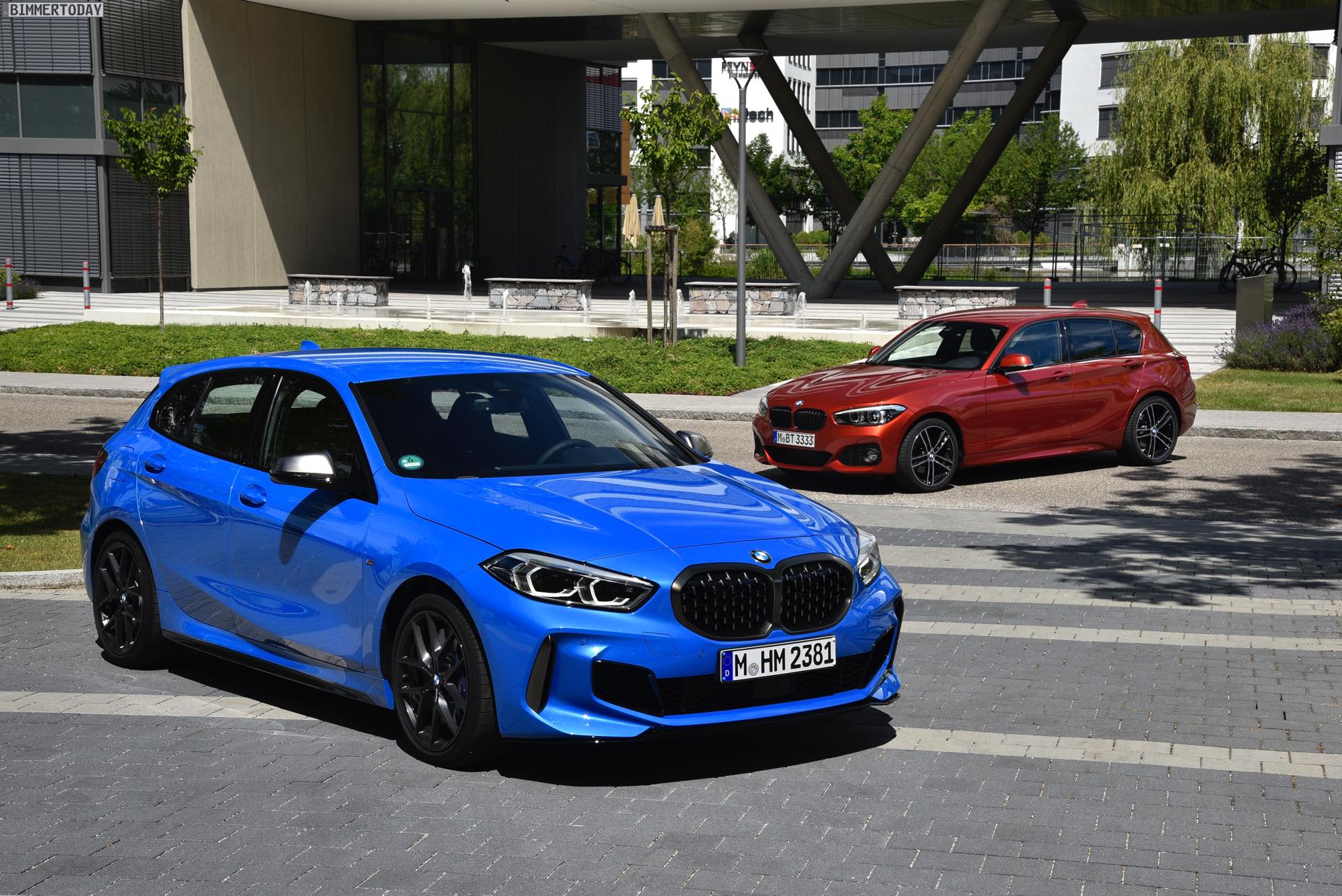 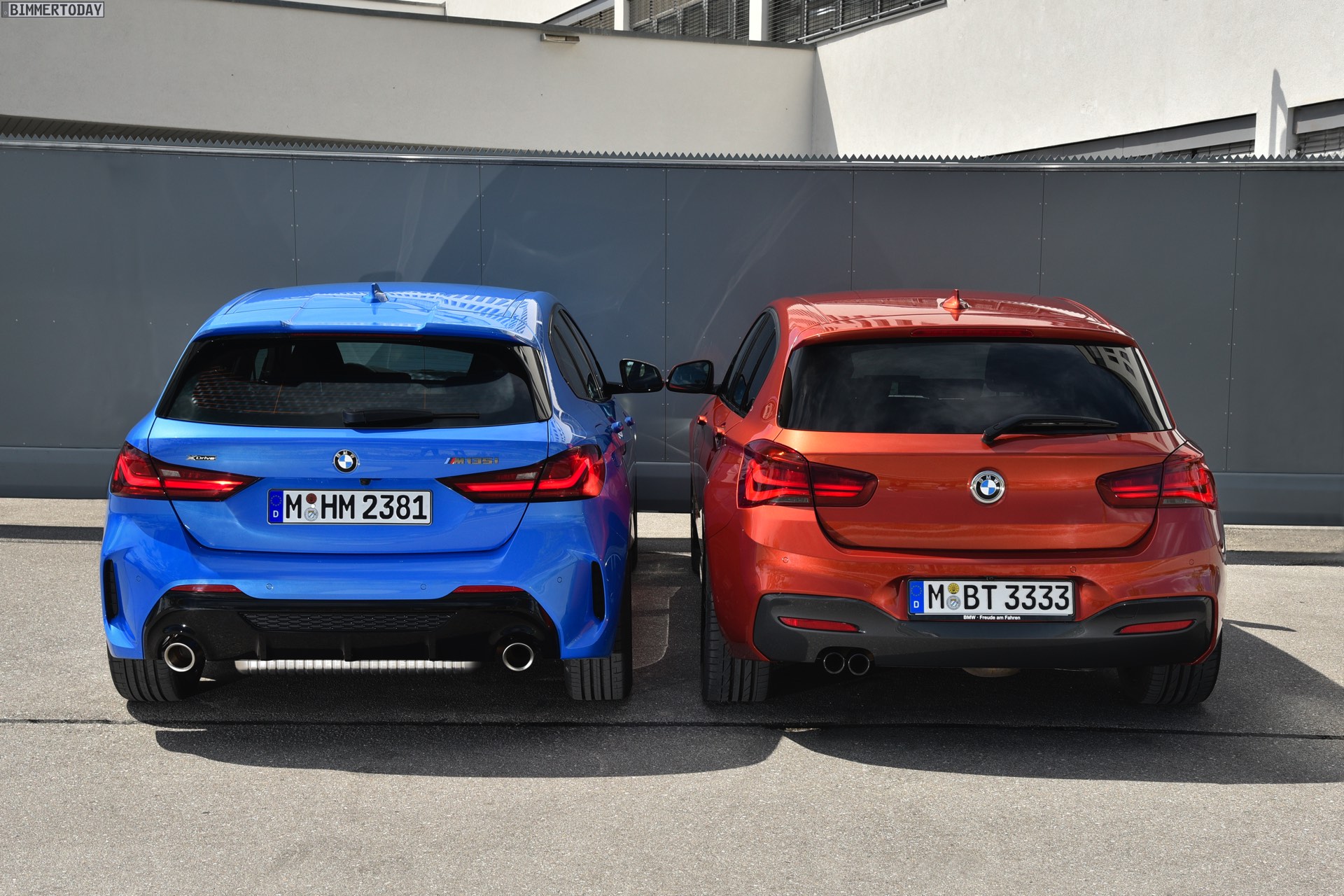 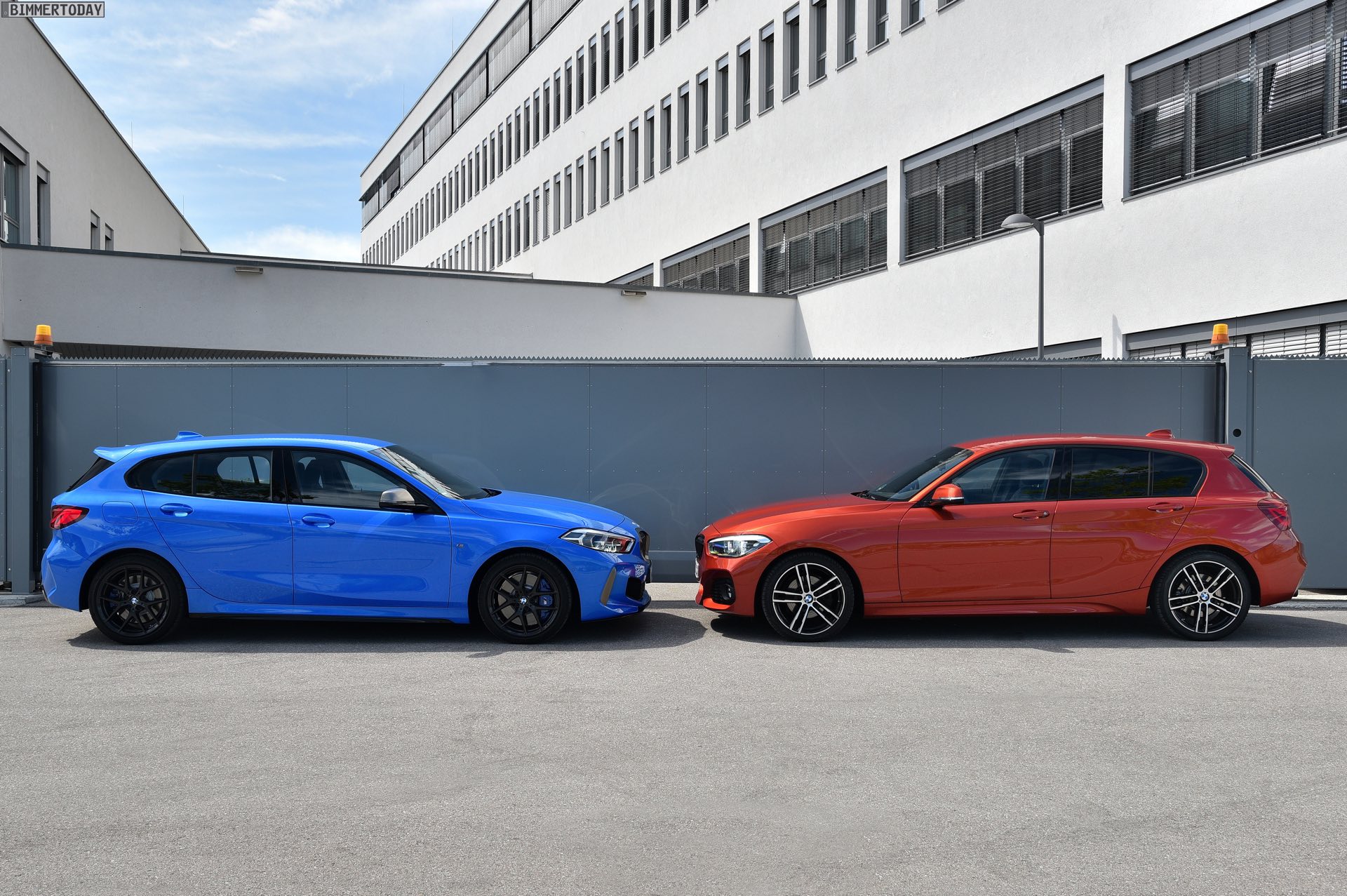