Is the Toyota Supra too much of a BMW Z4?

Home » Is the Toyota Supra too much of a BMW Z4?

If you haven’t been on the internet in the past couple of days, you might not know that the new fifth-generation Toyota Supra recently had its press launch. For the first time in ages, journalists actually had the chance to drive a brand-new Supra and flog it on track. So it’s a very exciting time in the motoring industry. However, the reviews of the car have been mixed and the main complaint from some journalists has been the fact that it seems the Supra’s been caught with its Bavarian fly down.

As we all know by now, the BMW Z4 and Toyota Supra are built on the same unique chassis which has been developed for the two cars specifically. They also share the same engine, transmission, differential,  interior technology and a lot of interior design. So there’s a lot of commonality, there. Too much for some.

Despite this, everyone seems to be in agreement that it’s a good car and is very fun to drive. Even those that feel it’s too BMW-like admit that it’s a great car to actually drive hard. Those enthusiasts/journalists just feel it shouldn’t be called a Supra.

There’s merit to that claim. The Toyota Supra is an iconic car with a historic nameplate and one that deserves a proper successor. Especially with how long it’s taken for this successor to arrive. So the fact that, apart from its exterior looks, it looks and feels almost exactly like a BMW, albeit a good BMW, upsets a lot of enthusiasts. 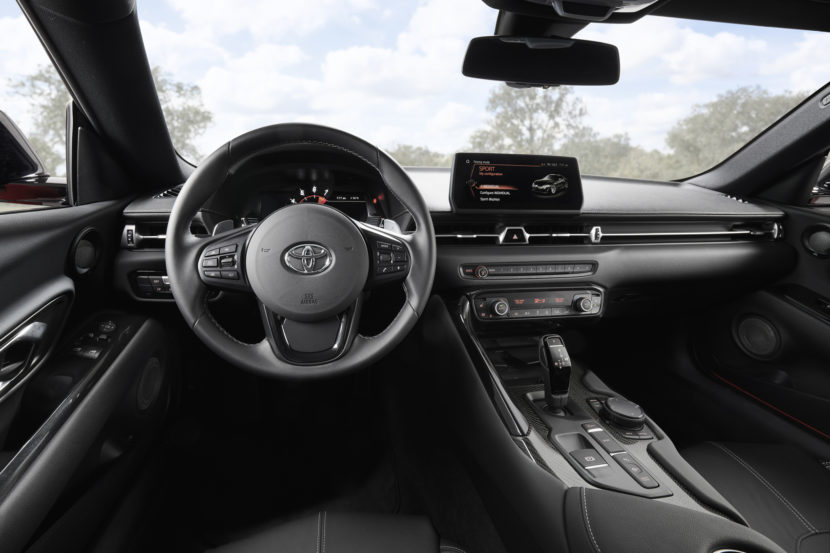 Admittedly, there are quite a few journalists that appreciate it nevertheless. There are those that have publicly claimed to really like it, Bavarian DNA or otherwise. A quick look at a few journalists’ social media pages will show you who liked it and who didn’t. We haven’t driven it yet so we’re not going to comment on who’s right or wrong, as we have no way of knowing. However, there’s a growing sentiment that, regardless of how objectively good it might be, it’s too much of a BMW to be a proper Supra.