One of the most exciting cars of 2020 is the BMW M2 CS. The new high-performance compact M Coupe has yet to be confirmed by the bosses in Garching, but plenty of early leaks have given us most of the details we need. For starters, as we announced last year, the M2 CS production will kick off in March 2020 and it will be a limited run. While many of the media, including us, have labeled the new M2 as the CSL model, in fact, the upcoming, limited super-sporty M2 will carry the M2 CS badge on its boot. This falls in line with the other CS models of the M family – M3 CS, M4 CS – so it comes as no surprise that the CS name was reserved for the M2 as well.

Recent spy photos from Nurburgring also offer us some additional design details. The new lower front lip is much more pronounced than the one on the M2 Competition, sticking out further and looking much more aggressive. Due to it being camouflaged, we can’t tell if the new lip will be carbon fiber or not, but it’s a possibility. It’s also sporting new wheels, this BMW M2 CS, different than those on the Competition model. 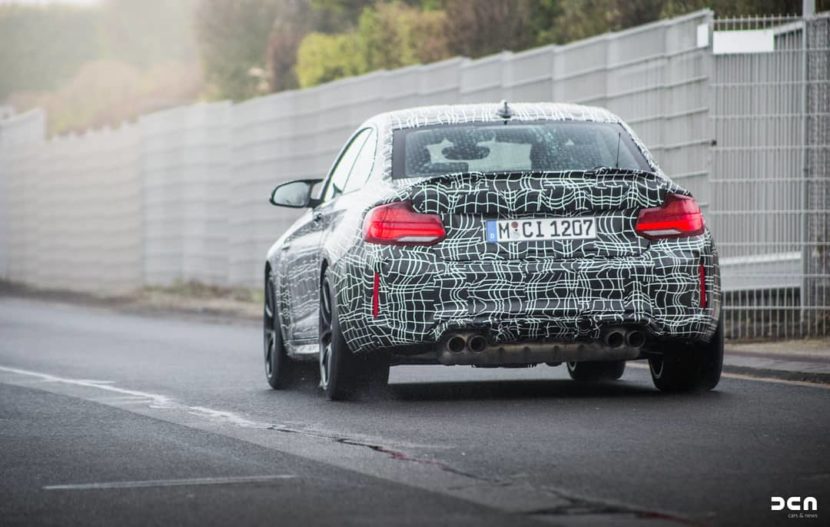 Out back, a new built-in spoiler sticks out from the rear decklid, similar to that of the E46 M3 CSL, just much smaller than the classic’s. Beneath that new spoiler, a new rear diffuser sits in between its exhausts and it looks really good. It gives the back end of the M2 CS a much more aggressive look.

Now, let’s look under the hood, so to speak. Rumors have it that the S58 engine from the X3 M, X4 M and upcoming M3/M4 models will be fitted under the hood, but our own sources say that the S55 from the M2 Competition is the engine of choice. In a way, it makes sense since the powerplant has been heavily tested in the past and it just needs a small power bump, which is capable of.

The biggest question will be just how much more power the M2 CS will get. The M2 Competition’s S55 engine develops 405 HP and that’s not even close to the real potential that mill has. On the CS the levels could go up to 415 HP but that’s not important. The focus will be on the handling and weight, not the added power, as BMW proved that’s the least of one’s worries when pushing a car to the limit.

Just like any proper sportscar, the M2 CS will likely bring a tuned up suspension and steering rack, more powerful brakes and some aero bits as well. Inside we will likely see some trims and seats specific to the M2 CS model.

According to some of the US dealers, some customers have already put their name down for an M2 CS unit, so likely, the demand will exceed the supply.