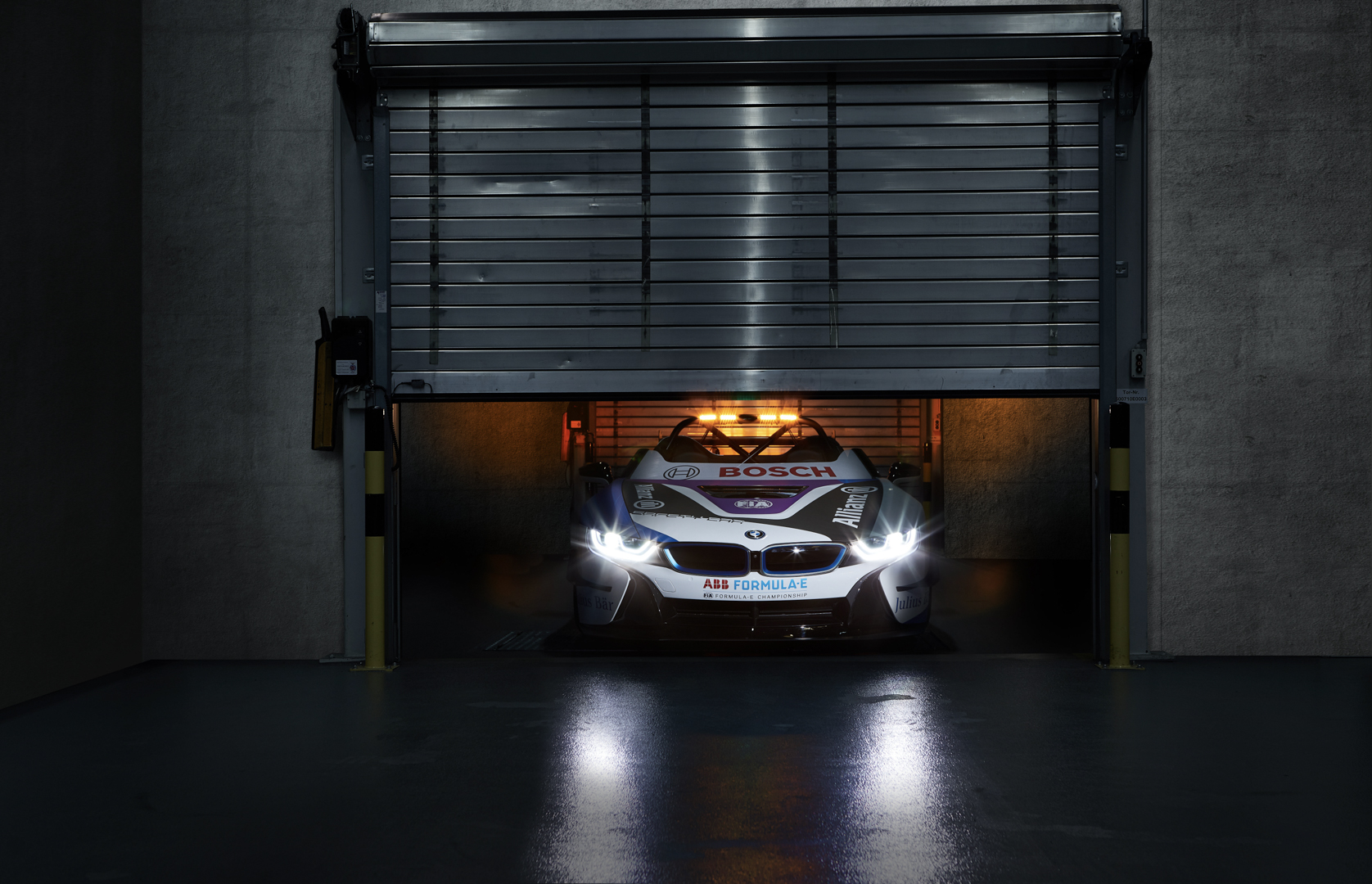 At the Formula E Monaco E-Prix, which will kick off this Saturday, a new safety car will be revealed — the BMW i8 Roadster. To be honest, it’s not an entirely unusual choice for the Formula E Safety Car. The i8 Coupe was the previous Formula E Safety Car, so seems like a natural progression to have the newer version of the car replace it. However, this is the first time in history that a safety car lacks a roof.

Being the first safety car with an open-top cabin, the BMW i8 Roadster Safety Car represents the all-electric racing series well.

“BMW i and Formula E are synonymous with innovation, making them excellently suited to each other. This project is another very good example of the pioneering spirit at BMW i and in Formula E,” said Robert Irlinger, Head of BMW i. “In implementing the BMW i8 Roadster Safety Car, the BMW i engineers, designers and communications crew have dared to explore new horizons and create an absolutely unique car. The development team behind the Safety Car is akin to a start-up. Our engineers got creative within their own ranks and assembled it on top of their regular jobs. In doing so, they have achieved something completely new. I am very grateful to the FIA and Formula E for showing such enthusiasm towards our innovation and for making it possible to use the BMW i8 Roadster as an official Safety Car.” 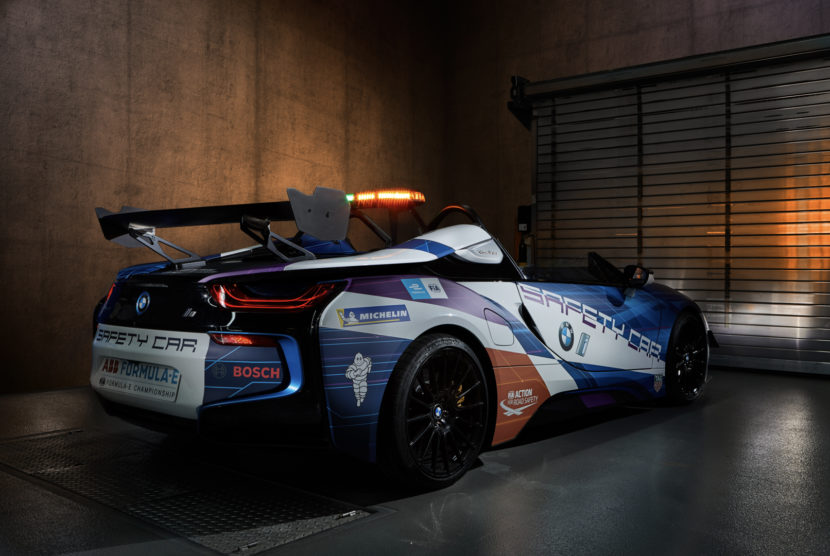 The BMW i8 Roadster Safety Car will be unveiled at the Yacht Club De Monaco, with a few special guests in attendance. Pierre Casiraghi, vice president of the Yacht Club will be there, along with Formula E Founder and CEO Alejandro Agag.

“I’d like to thank the BMW i family and the Yacht Club de Monaco for hosting a great event to premiere this new addition to the ABB FIA Formula E Championship. The BMW i8 Roadster Safety Car has a striking design – something which differentiates it from anything we’ve seen before, and what better setting for its presentation than at the Monaco E-Prix. BMW has been a partner since the inaugural season, and their continued support as a vehicle partner and now as a team shows their commitment to electric mobility.” said Agag.

This new BMW i8 Roadster Safety Car as been modified a bit from the production car but, interestingly, it didn’t really need any structural bracing, even without a roof. That’s because of the car’s carbon fiber passenger cell. Though, there are some modifications made to the i8 Roadster for Safety Car duty. It’s been lowered, given a shorter windshield and a new FIA-approved roll bar. Along with that, it received new M Carbon Ceramic Brakes, a new front splitter and a rear wing. 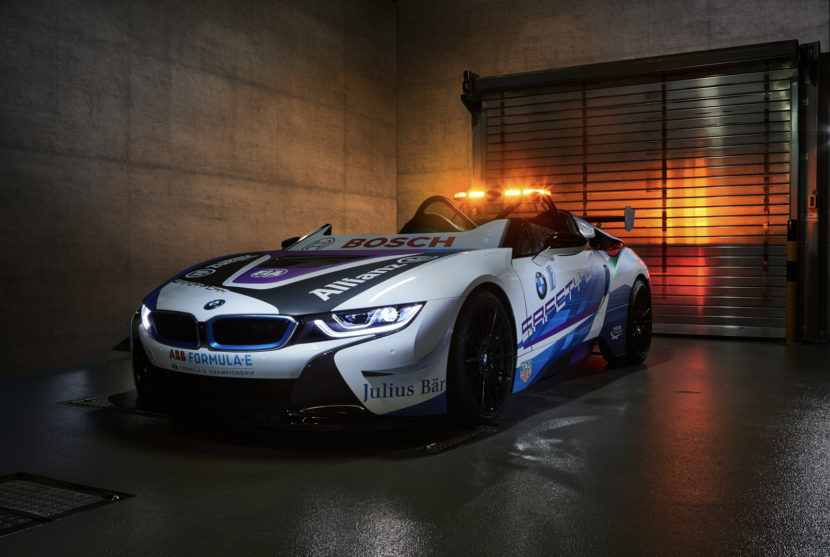 It also gets a new livery, which borrows elements from the blue and white BMW Roundel and the BMW iFE.18 Formula E race car. It also features blue and purple accents, as those are the colors of raw electricity.

The BMW i8 as the Formula E Safety Car isn’t anything new but the i8 Roadster is interesting as it marks the first time a racing series has used a convertible for the job. So it’s a bit groundbreaking, just as the entire Formula E racing series is. Plus, it looks cool. 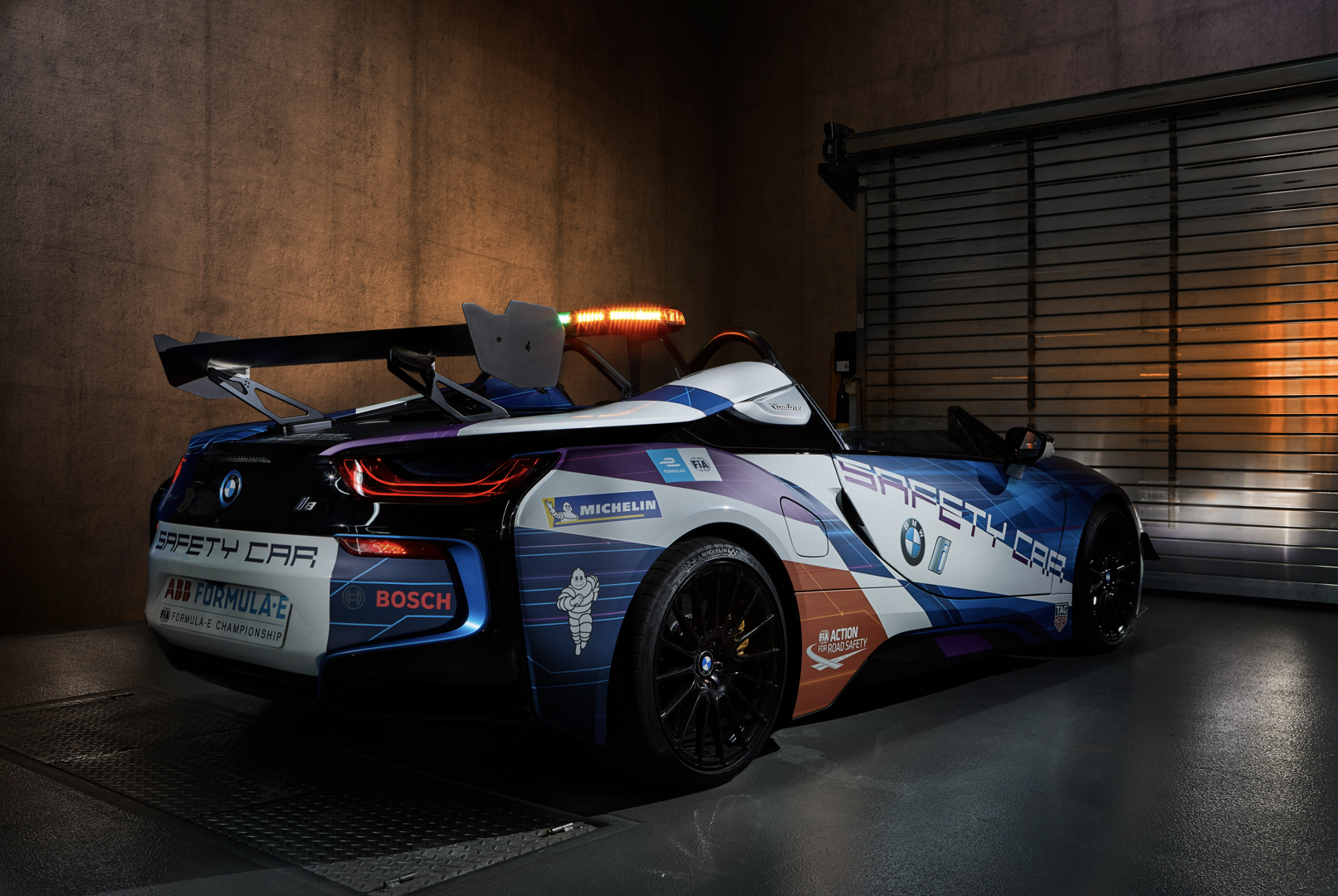 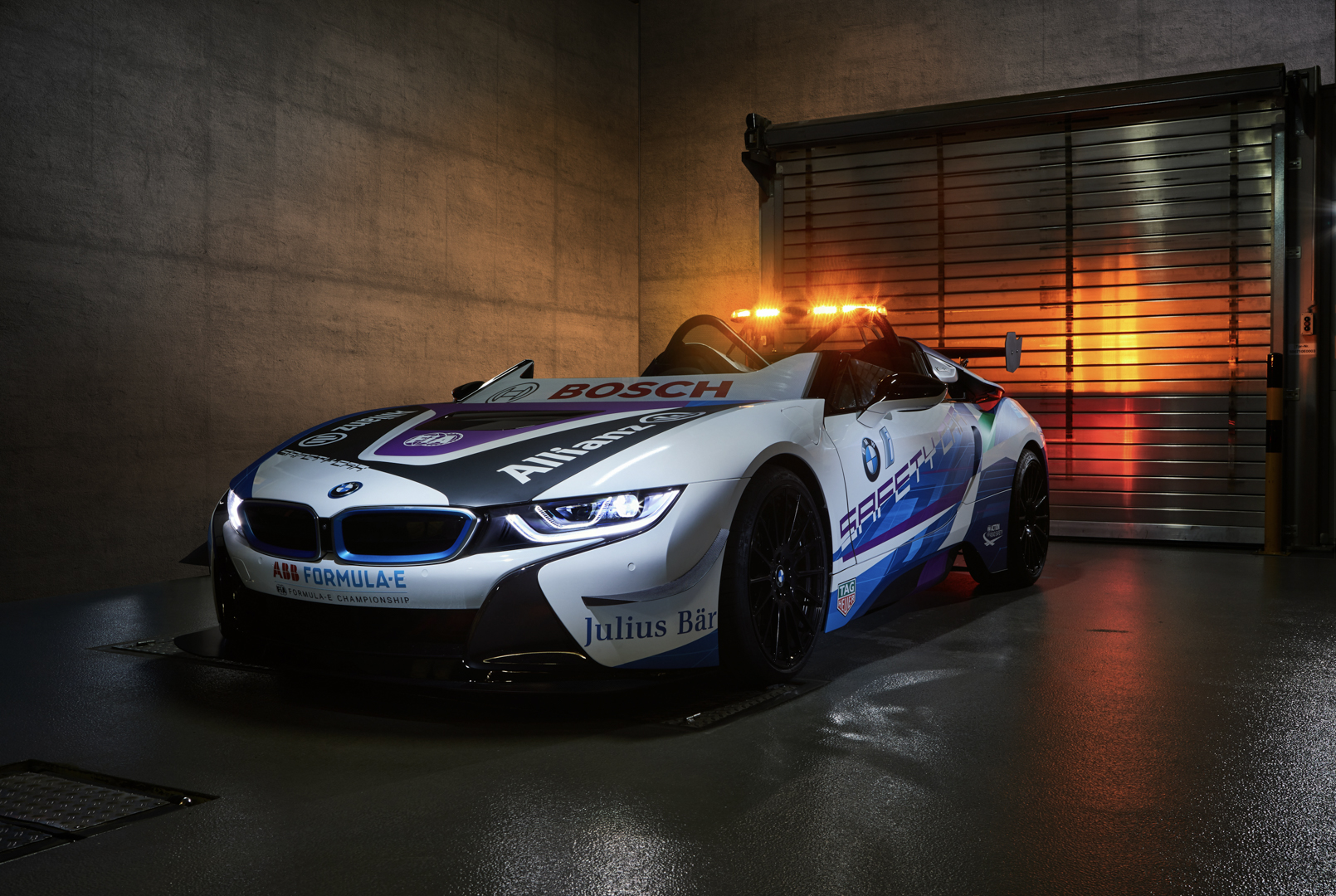