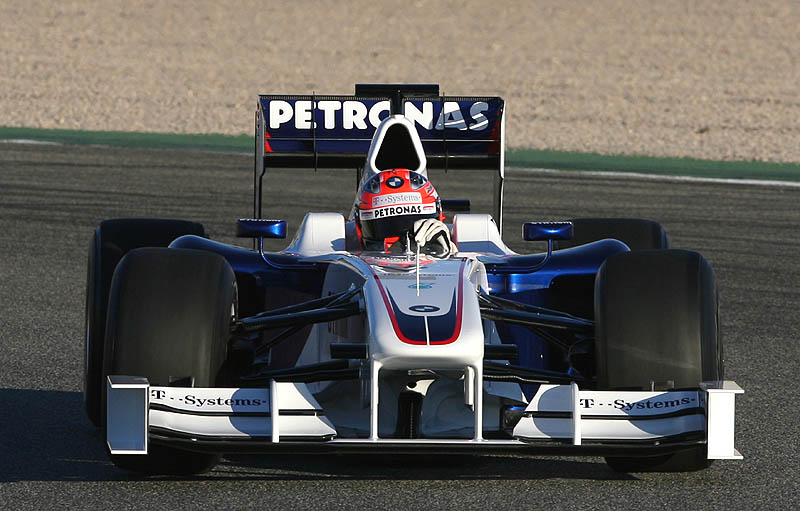 One of the cars for sale is a 2007 Sauber-BMW F1.07 and it was driven by Sebastian Vettel at one point. In the ad, it specifically says “driven by” and not “raced by”, so it could have been a developmental car and not an actual race car but, still, who cares? It’s awesome.

It’s obviously an open-wheel F1 car with a carbon fiber monocoque chassis so it should be a riot to drive. Powering the Vettel-driven F1 car is a 2.4 liter BMW-sourced V8 and it makes a very good noise. It’s also incredibly fast, obviously, as it’s a flipping F1 car. As a track toy, it’s hard to find something more fun.

Until you see the other old Formula Bimmer for sale. It’s a 1946 BMW Formula 2 car and it’s glorious. The post-war racer used a 2.0 liter naturally-aspirated inline-six engine, whose block was sourced from a BMW 326/327 at the time. It also had three 32mm Weber carburetors and it must make the most wonderful noise. Pre-war and early post-war BMW inline-six engines made unbelievable noises and we can only imagine what sort of sounds this Formula 2 racer makes. It makes 90 hp, or at least it did back in 1946, and that’s more than enough for this little thing to be fun.

The F2 car uses a tubular frame chassis with a BMW 326 front axle, rack and pinion steering, a four-speed manual gearbox with leaf springs at the rear, a rear axle form a BMW 327 and the rear diff from a 326.

The best part about the old F2 car is that it holds FIA papers and is eligible for all sorts of classic and vintage car racing. What a thing to own.