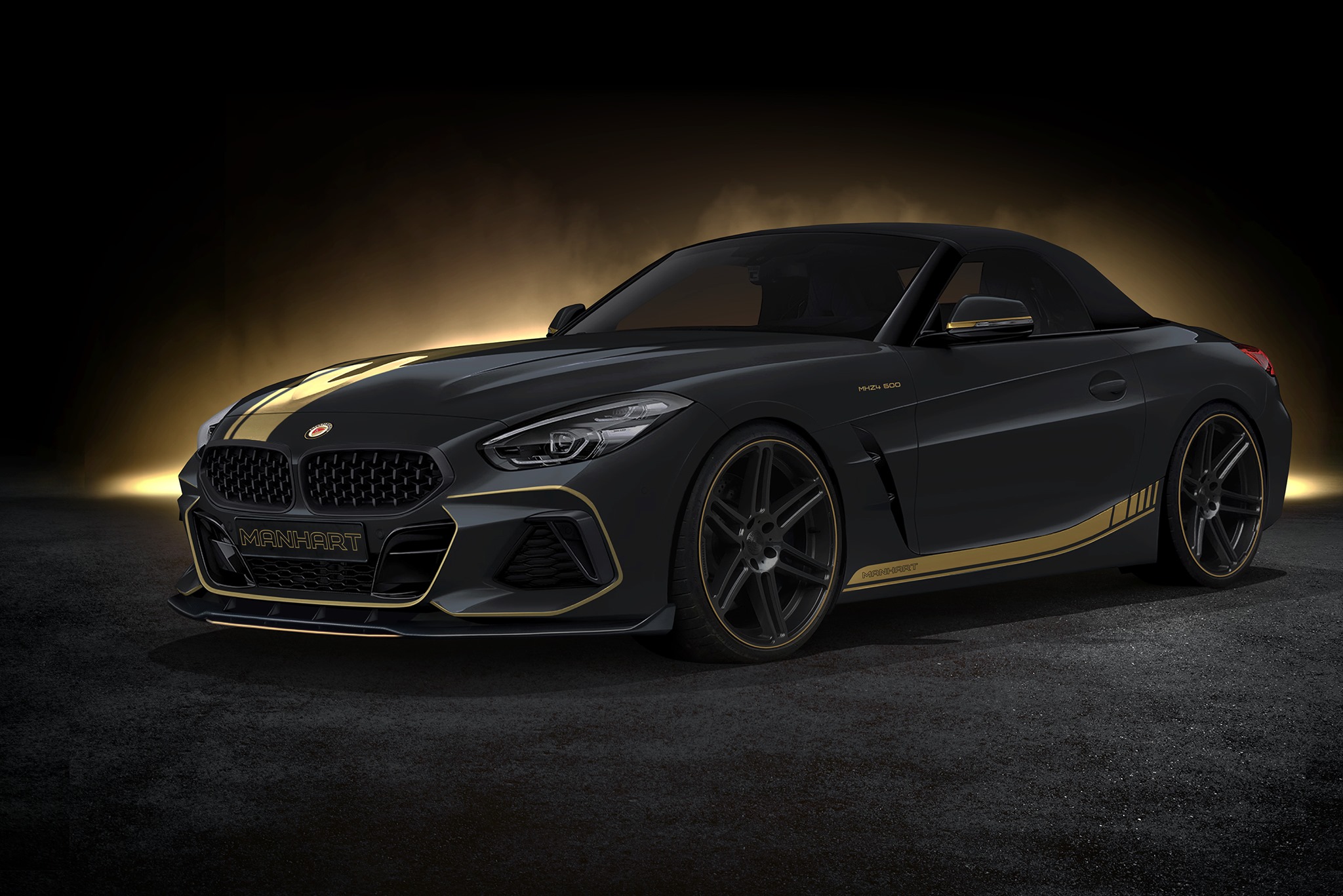 There aren’t many movie cars more iconic than Bandit’s Pontiac Trans-Am from “Smokey and the Bandit”. Its black and gold color scheme, along with the famous gold firebird on the hood, are part of its iconic charm. While a BMW is the last sort of car to remind anyone of Bandit’s Trans-Am, this Manhart render of the BMW Z4 looks like something Bandit would drive.

In these new render photos, Manhart Performance shows off what their version of the BMW Z4 might look like. It’s called the Manhart MHZ4 500 and it’s finished in the tuning company’s famous black and gold color scheme. While all Manhart-tuned cars where this color combo, this Z4 specifically reminds us of the Bandit car.

With the name MHZ4 500, we’re assuming Manhart expects it to make around 500 hp. That’s a lot of power for a Z4 and we’d be very impressed if it actually makes anywhere near that. Though, it wouldn’t be a massive step up from the Z4 M40i, which can already make 382 hp in North American spec. So it’s entirely possible. Especially when the 500-plus hp BMW X3 M Competition uses an S58 engine, which is derived from the B58 that powers the Z4 M40i. So it should be capable of making 500 hp if really tuned hard. 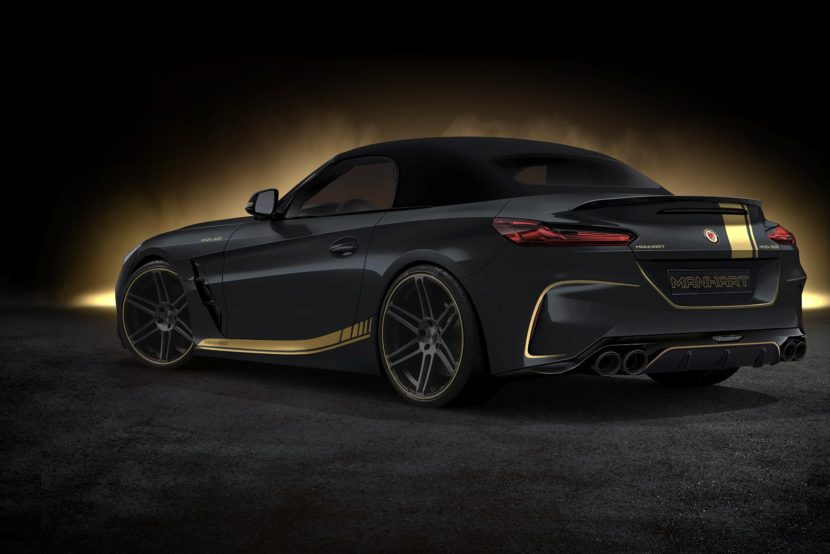 Color scheme aside, though, the render looks quite cool. Its front end is more aggressive, with a new lower front lip that’s likely made from carbon fiber. Out back, it gets a new diffuser and quad exhausts, which makes it look a bit like an M Division car. With those quad pipes, large wheels and very low suspension, the Manhart-rendered BMW Z4 shows us that it would look very cool as a proper Z4 M.

These photos are renders, though, so we don’t have any official photos of what the tuner is doing with the Z4. However, we can expect something exactly like this to come from Manhart soon enough.