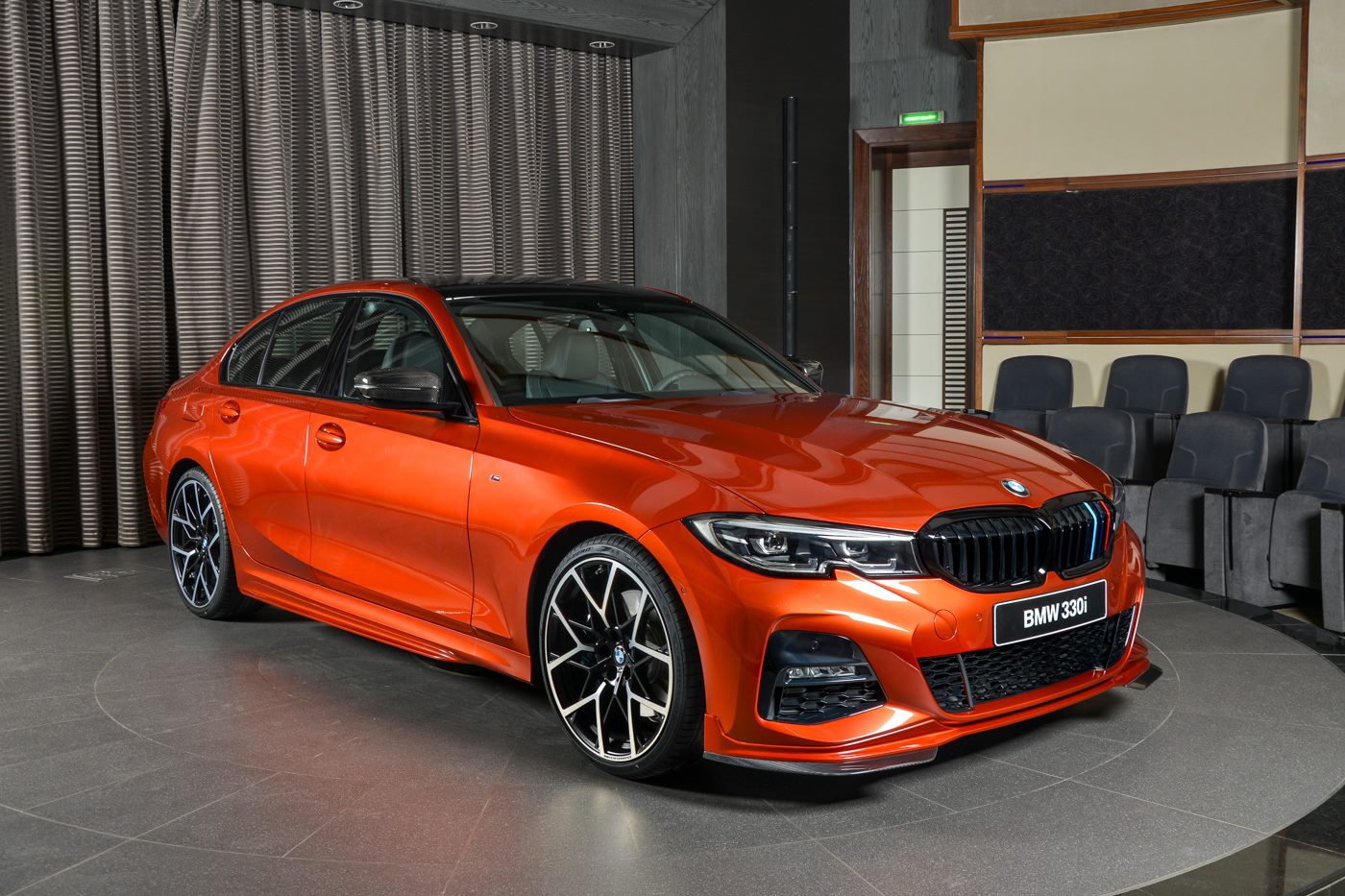 I was initially reluctant towards the new 3 Series, especially when it came to its exterior design. Inside the cabin the leap is tremendous both in design and materials, but on the outside, I was not sold at first because of a couple of reasons. However, as time went by and as I got to drive a couple of them already, the new 3 Series is starting to grow on me and this particular model on display at BMW Abu Dhabi is quite striking.

The car is finished in Sunset Orange and that paint makes it stand out in the crowd in the first place. That’s not enough though for the owner of this car and he or she decided to get it with some M Performance Parts. The entire catalogue for the new G20 3 Series includes a lot of good picks for the cars and this 330i has a few installed as you may notice. Up front there’s a new kidney grille that’s blacked out to match the blacked out window surrounds. 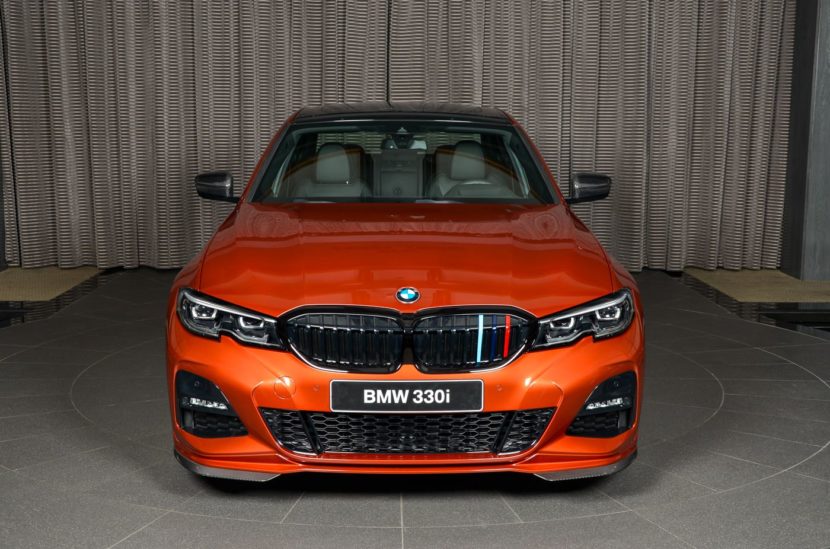 There’s also a new spoiler added to the front bumper as well as carbon fiber add-ons on the sides. The 20″ Y-spoke wheels in Ferric Grey and matte black complete the package and give the car a stunning look overall. I especially like how the rear diffuser is painted in the same color as the car and stands out in the middle of that grey bumper. The side mirror covers have also been changed with carbon fiber ones and it looks like the roof might also have been changed. 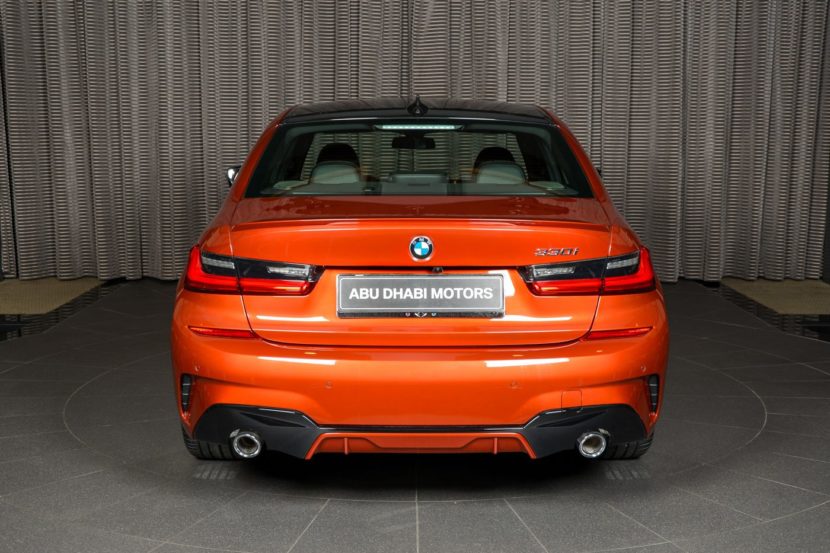 What we do know is that the M Performance parts catalogue includes plenty of choices for new 3 Series owners so you’re not going to have a hard time decking out your car. What I would also add to the mix would be tinted rear windows for some more ‘bad ass looks.’ 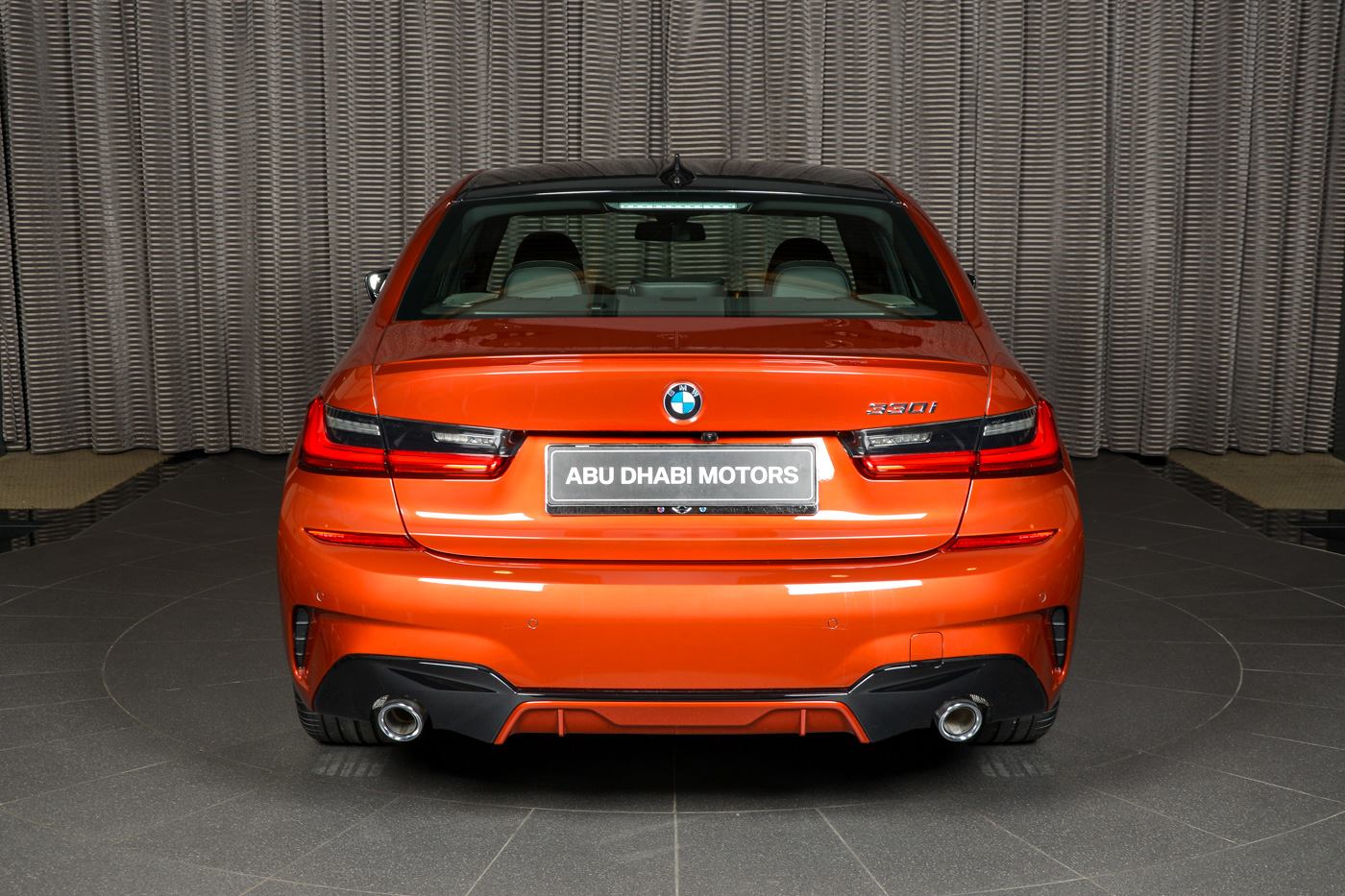 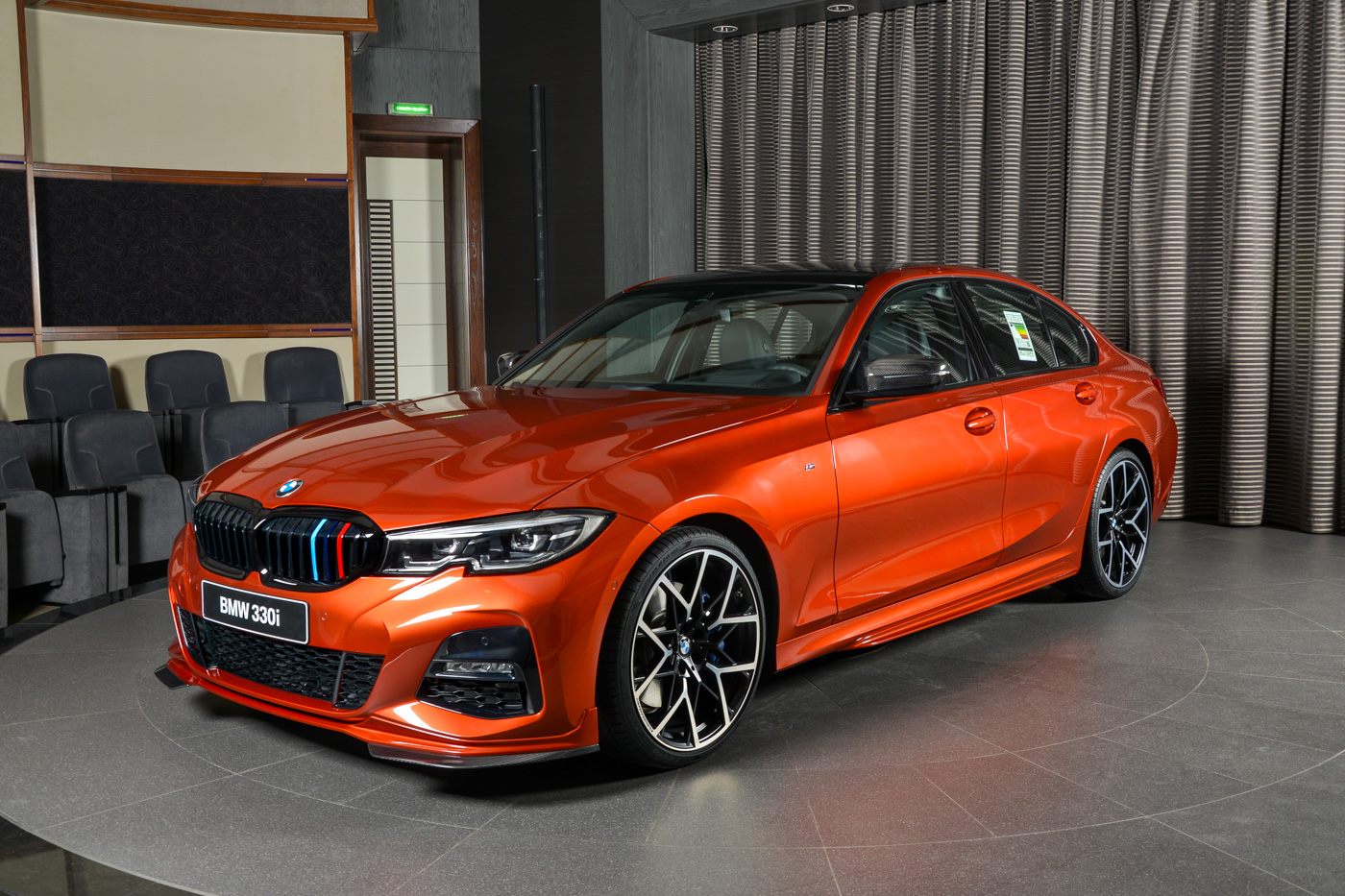 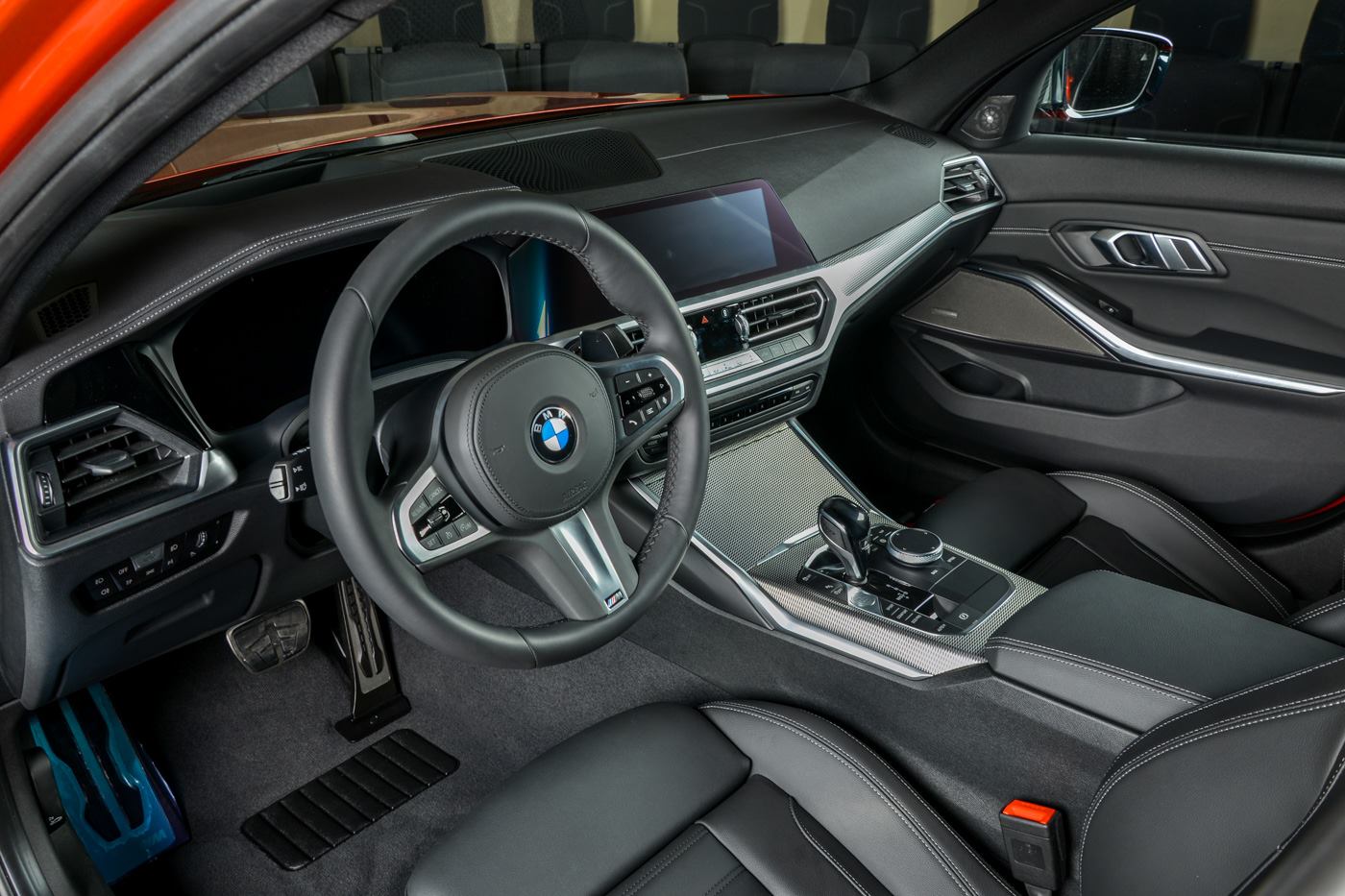 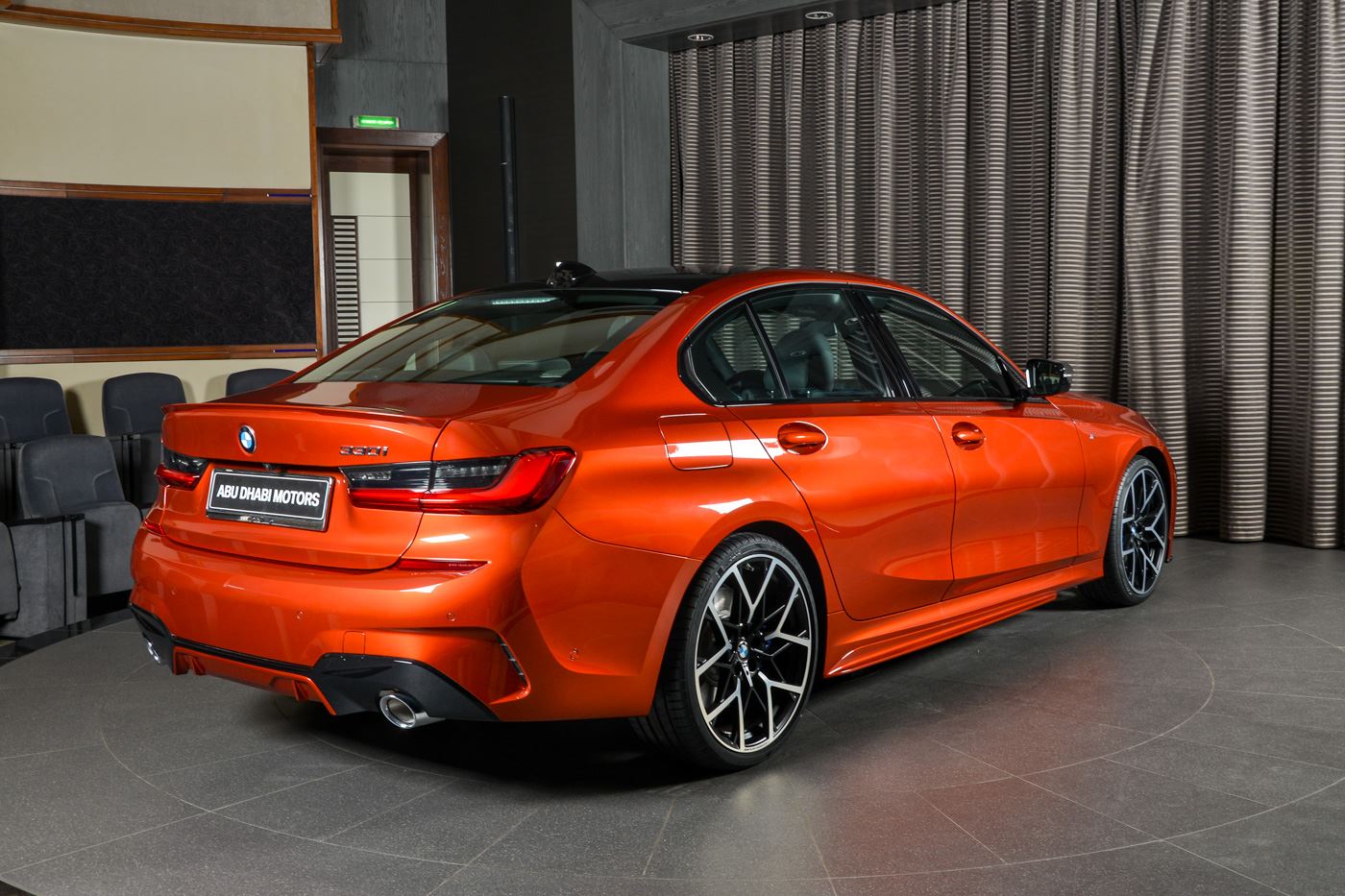 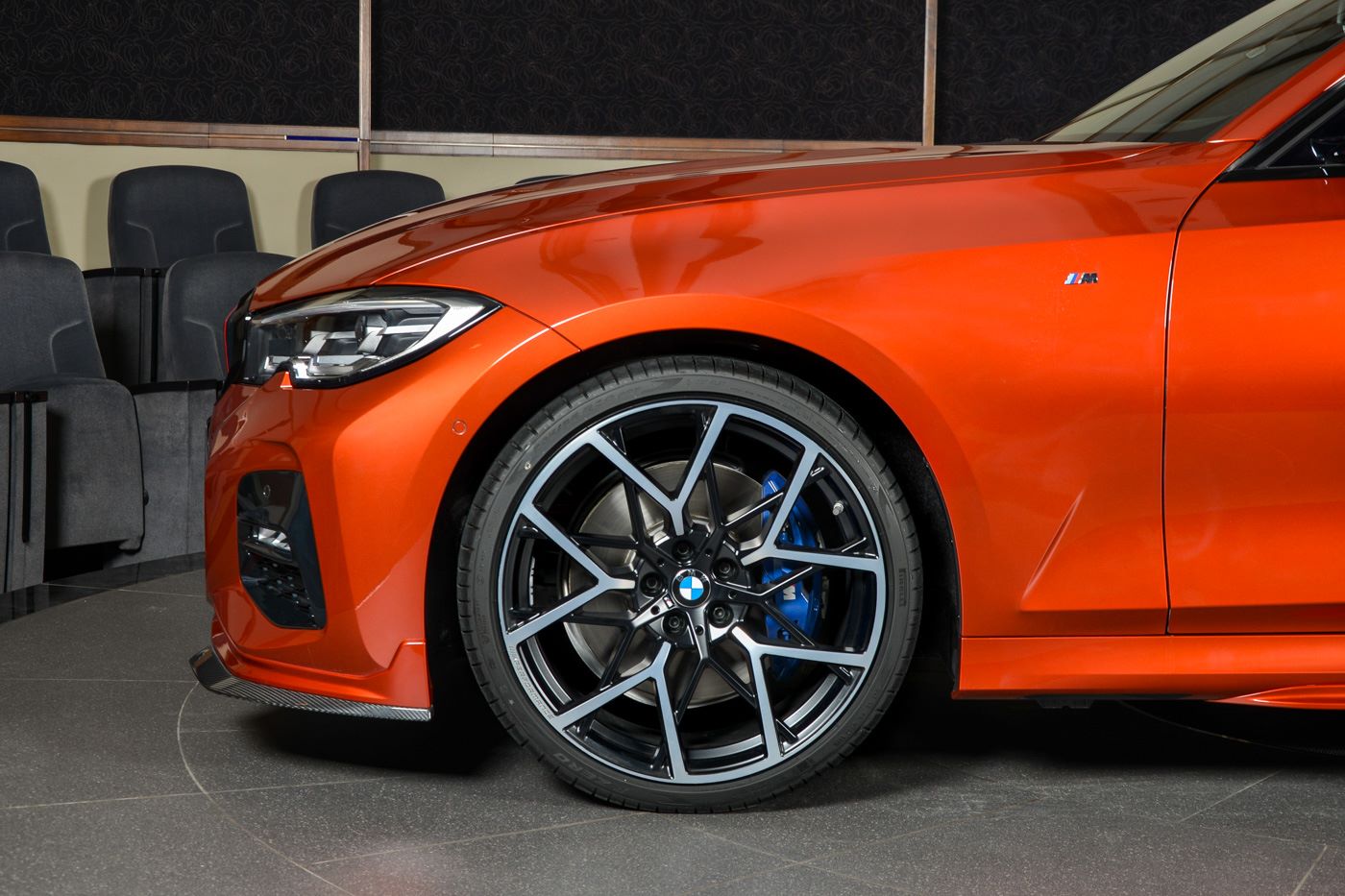 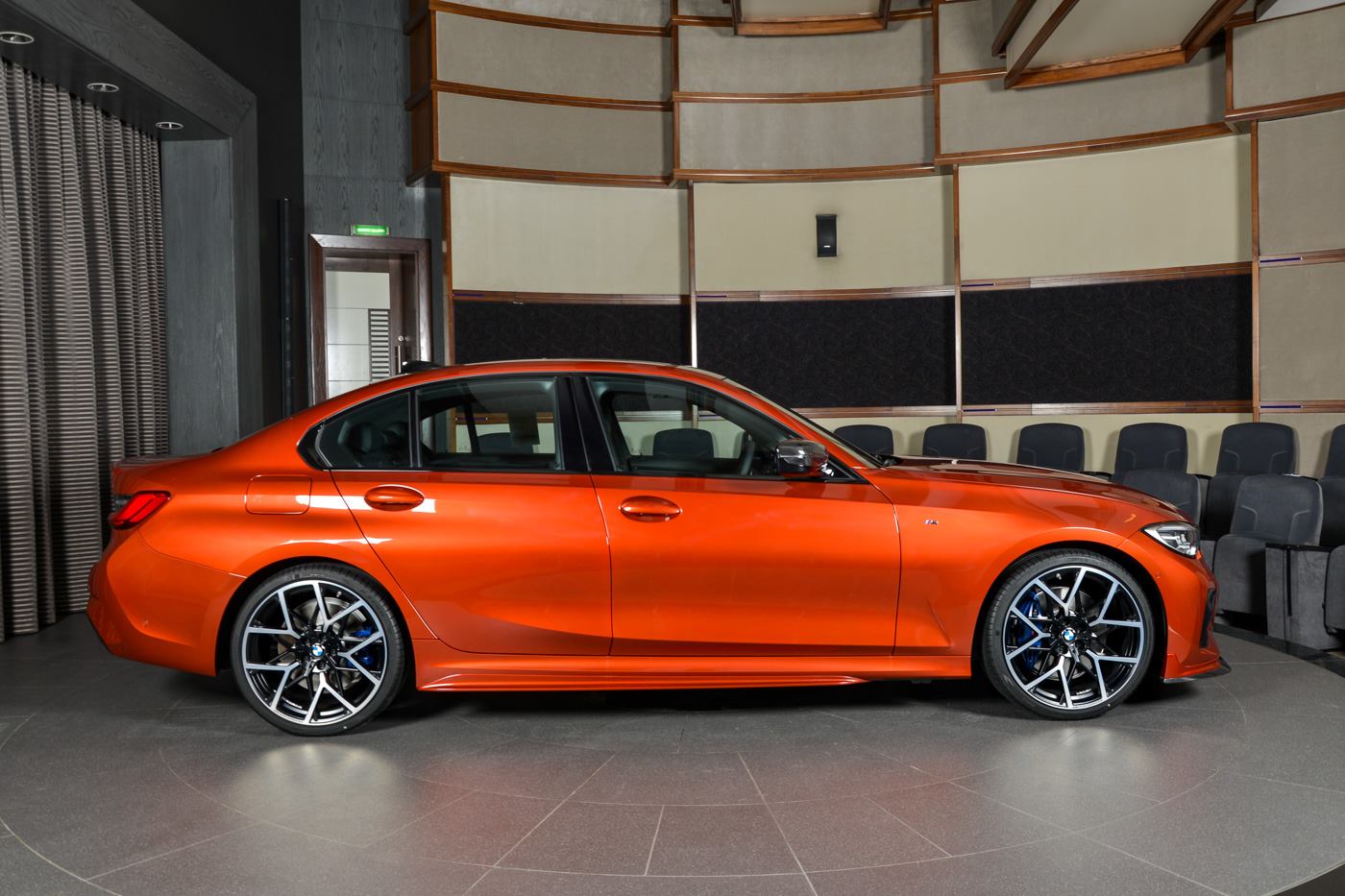 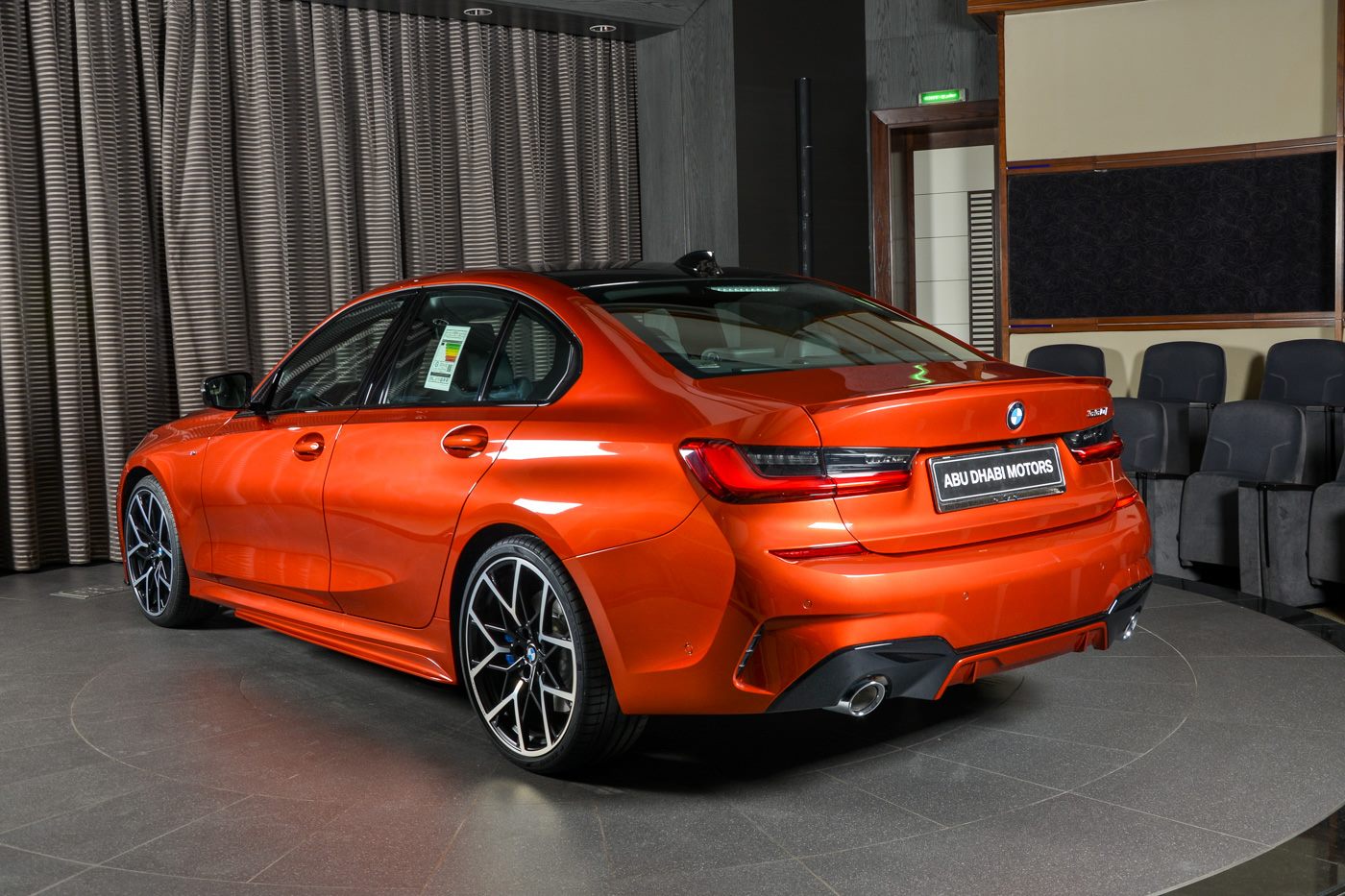