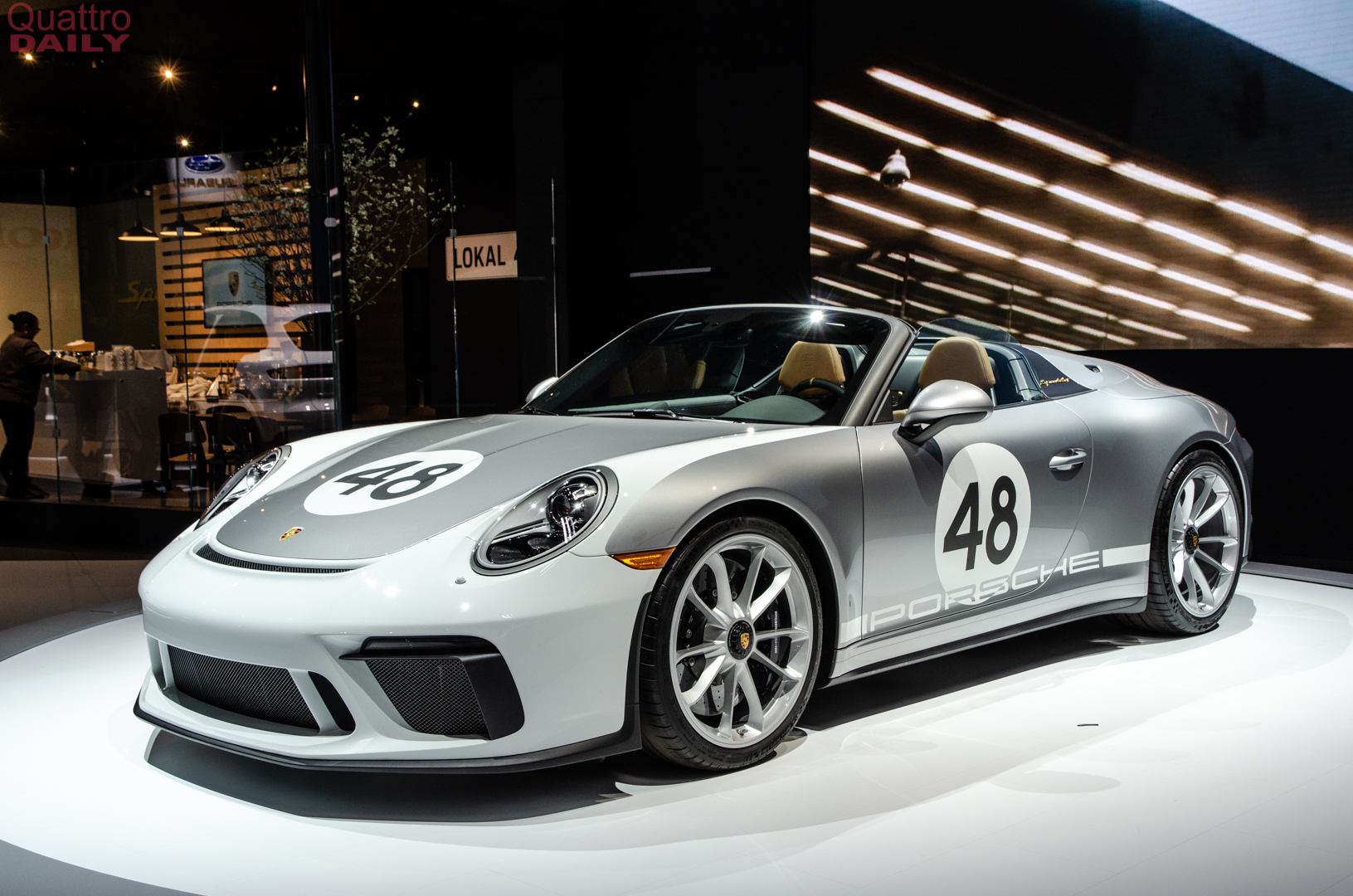 There weren’t too many big debuts at this year’s 2019 NY Auto Show, sadly. It was a relatively slow day there. Hell, BMW and Volvo didn’t even show. However, there were a couple that turned our heads, as well as the heads of everyone else in attendance and one of them was the new Porsche 911 Speedster.

At first glance, it just looks like a 911 Cabriolet with a double-bubble butt. Pay closer attention, though, and you realize it’s something special. Very special. That’s because it’s not just a 911 Cabriolet but instead a 911 GT3 that’s been given a manually-folding convertible roof, a carbon fiber “double-bubble” rear deck and, get this, a manual gearbox…only. That’s right, the Porsche 911 Speedster is manual-only. The fact that harps weren’t playing and angels weren’t singing during this announcement feels like gross negligence on Porsche’s part. 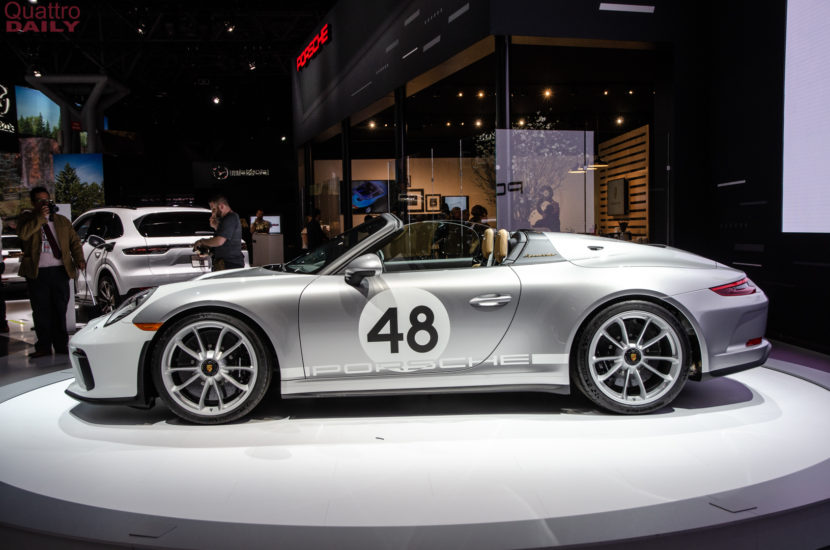 Paired with that manual gearbox is the same brilliant 4.0 liter naturally-aspirated flat-six engine, which revs past 9,000 rpm I might add, that powers the standard GT3. It develops 503 hp and 346 lb-ft of torque. That’s a bit down on power compared to the standard GT3 but, seriously, who the hell will care when it also has a six-speed ‘box and no roof?

It also gets carbon ceramic discs as standard, various carbon fiber bits (including the aforementioned rear decklid) and no air-conditioning. Though, the latter can be optioned back in. So it’s a proper light-weight Porsche GT3, just with 62 miles of headroom. 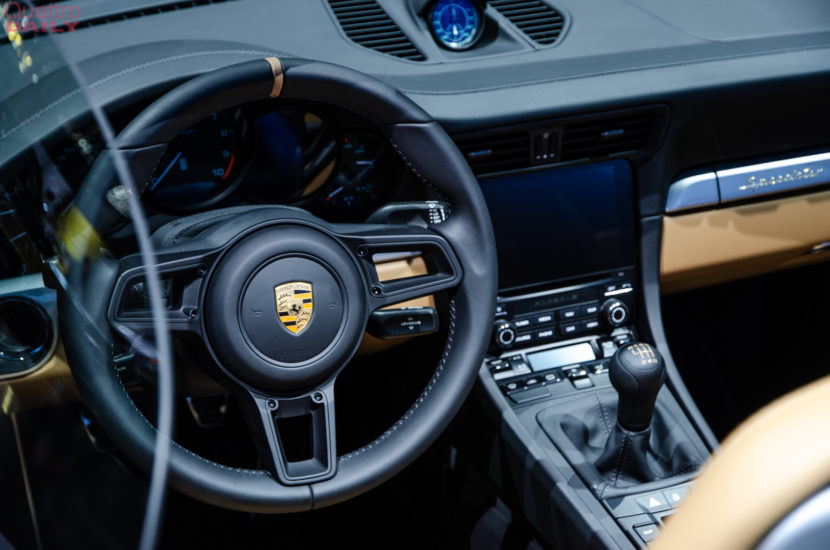 The Porsche 911 Speedster is the sort of car that makes enthusiasts’ hearts skip beats. It’s great looking, has a ton of power and performance, a naturally-aspirated engine, a manually-folding top, a six-speed manual gearbox and is rear-wheel drive. Unfortunately, only 1,948 enthusiasts will be able to buy it (1,948 happens to be the year Porsche was founded) and I’m sure they’re all already accounted for. 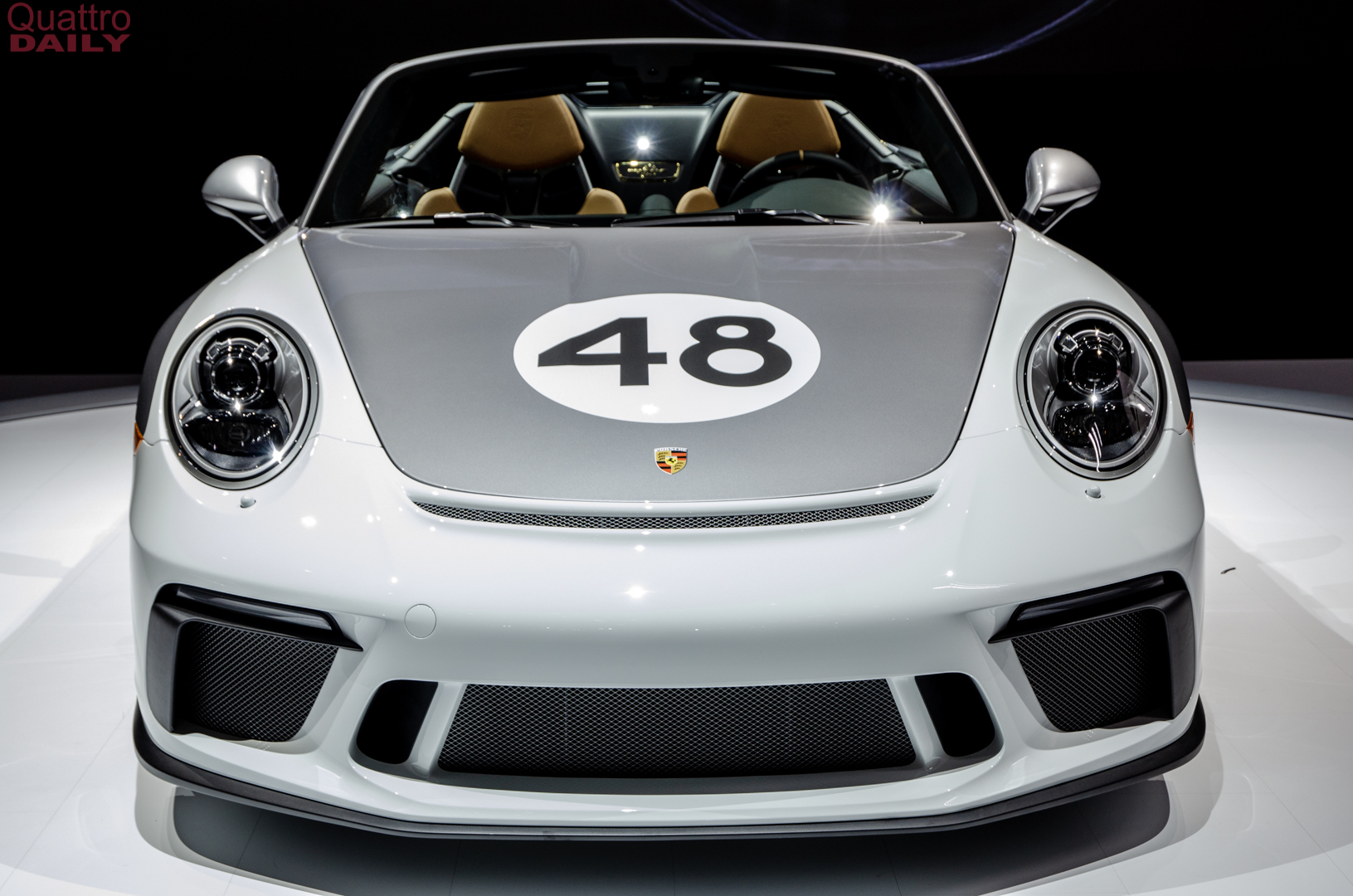 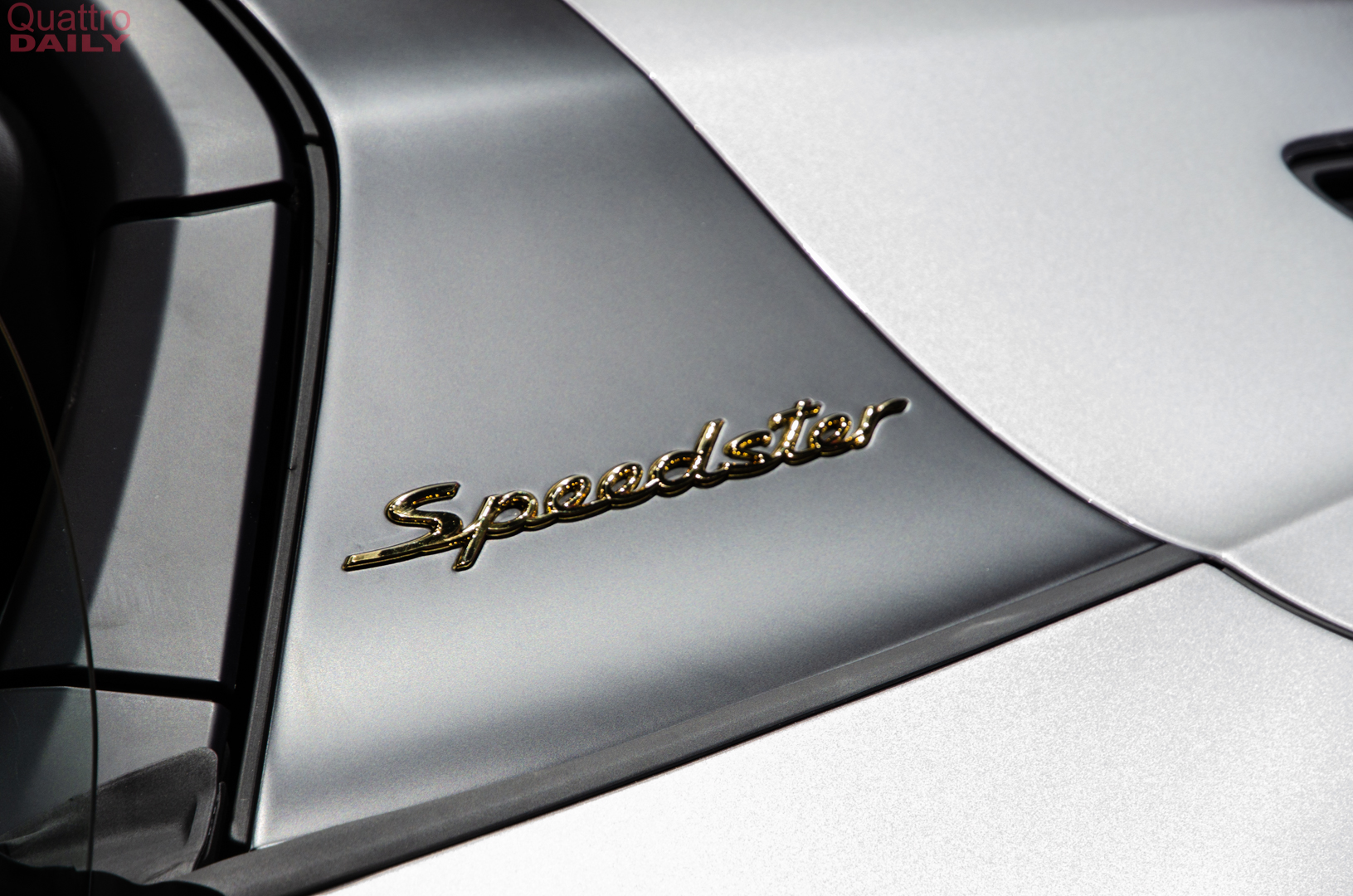 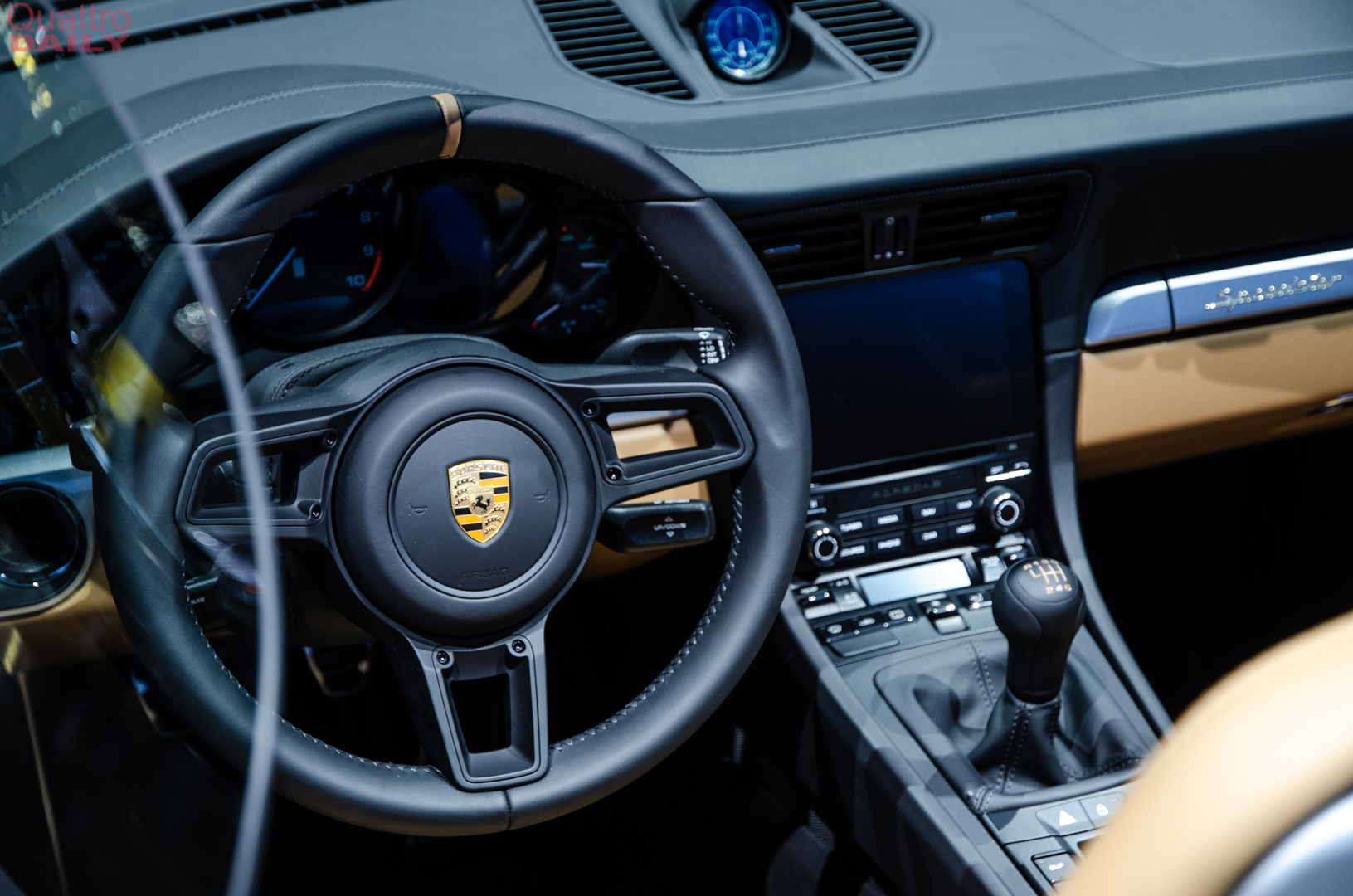 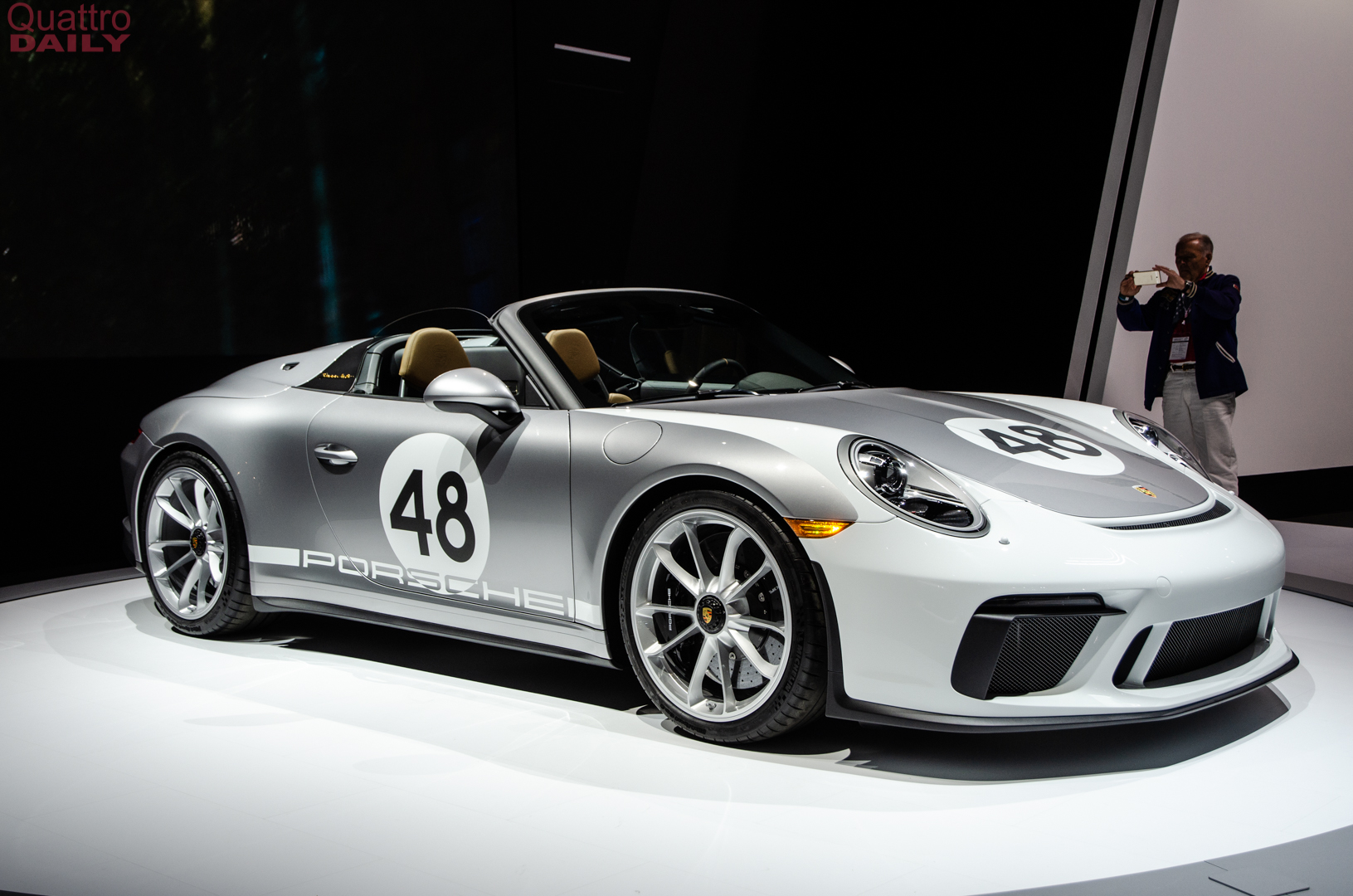