LEAKED: Some new photos of the G80 BMW M3 have leaked

Home » LEAKED: Some new photos of the G80 BMW M3 have leaked 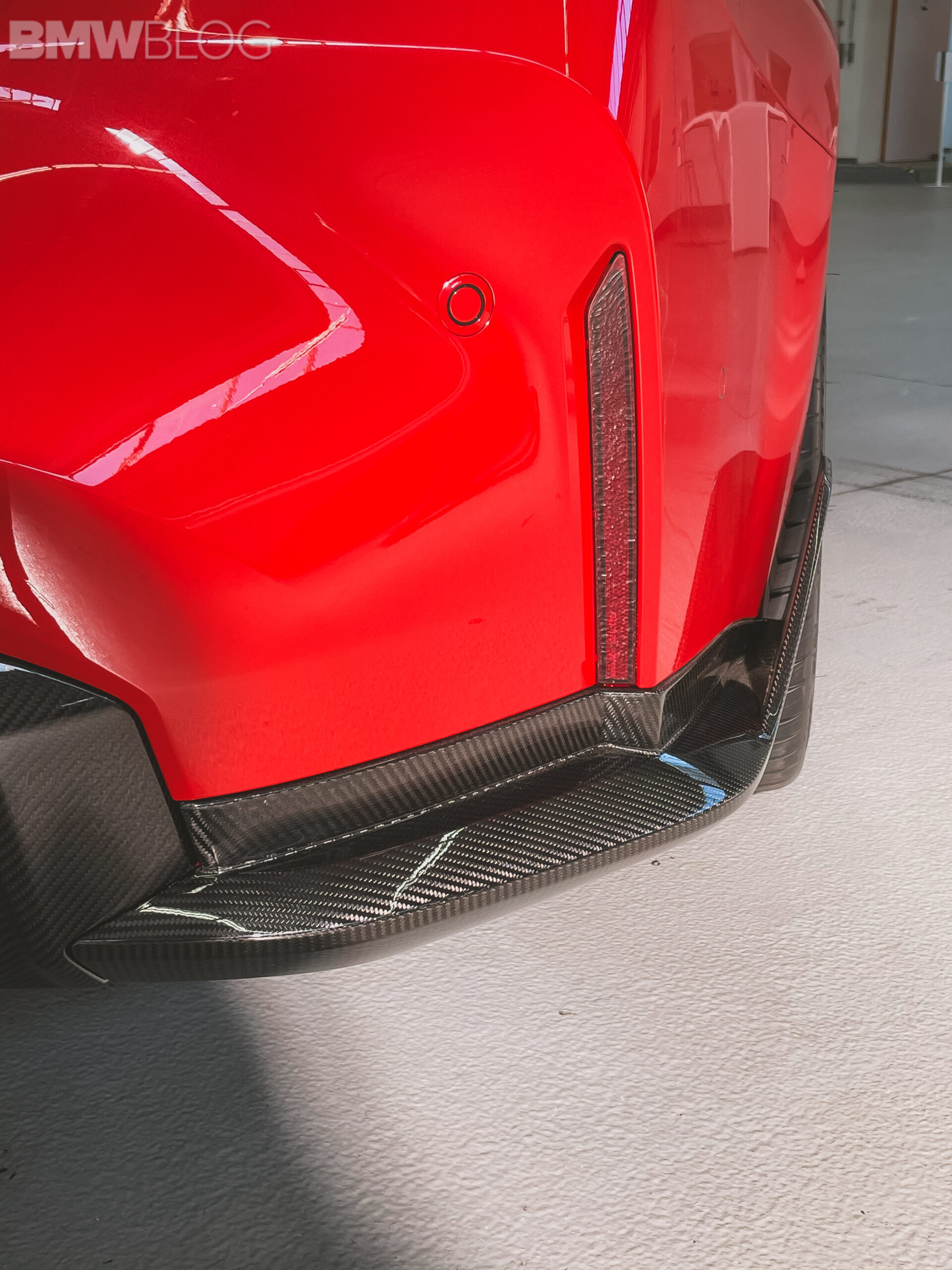 Now that we’ve driven the new G20 BMW 3 Series, we know the potential for the upcoming BMW M3 and we’re extremely excited about it. There’s also a ton of hype surrounding it, as it’s an M3 of many firsts. So when new photos of it leak, we jump all over it. In these two leaked photos from Instagram, we can see the rear end of the car, sans bumper and wheels, and we also get a shot of the interior center console.

In the former, there’s not much to see, as its bumper has been removed and it seems to be in a workshop. However, we can see that its rear wheel arches are flared out, similar to those found on the current F80 BMW M3, though not quite as extreme. Still, it will have a wider wheeltrack than the standard M3 and will get some blistered out arches to accommodate it. Should look good.

The next shot is a bit more interesting. It’s just of the car’s new center console but it has some points of interest worth noting. One is the new shift lever, which is going to be the new shift lever for all M cars moving forward. We’ve seen it in person during some closed door looks at future M cars and it looks much better than the robot-leg shifter of the M5. It also feels good in the hand and, being covered in leather with contrast stitching, it feels more premium as well.

Though, there are some other interesting bits about this photo. One is the “M Mode” button directly under the red starter button. Is that going to take the place of the two “M1” and “M2” presets we’re used to on current M cars? Is it going to be some sort of standalone mode? We’re not sure. Underneath that button lies another labeled “Setup” which we presume is to customize either the “M Mode” or other additional presets and settings. Underneath that button is an exhaust button, which is nice to see as it means the M3 will have a two-mode exhaust; one loud and one quiet. Who doesn’t love a button that makes more noise?

Aside from those pictures, there’s not too much else to see. But be sure that once we have any more photos or info, you’ll be the first to know.