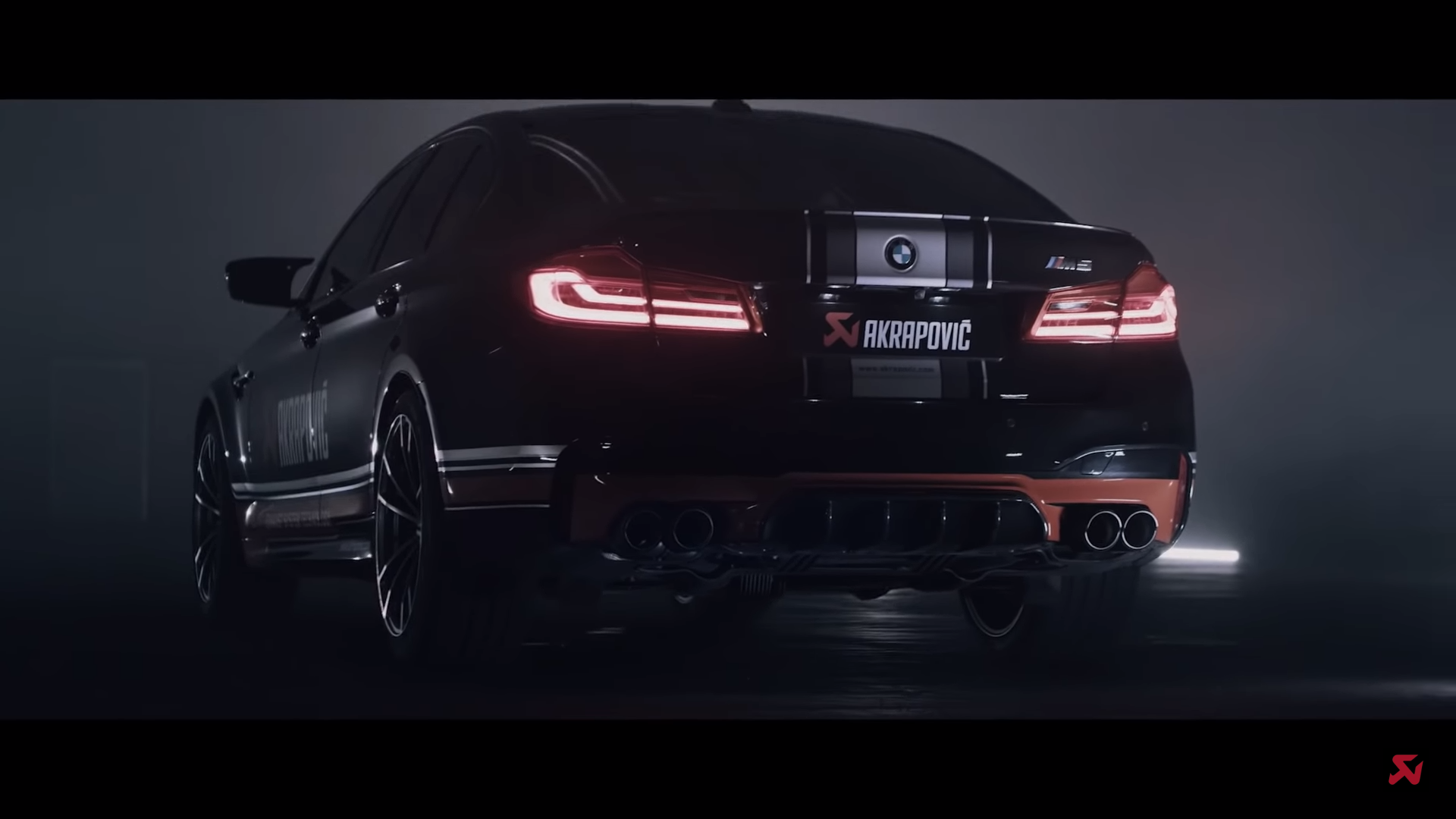 Yesterday, Akrapovic teased its new video of an F90 BMW M5 with its new exhaust system. The video was made to celebrate the partnership between both brands in motorsport and Akrapovic’s Evolution Line (titanium) of exhaust systems for the M5 and it’s awesome.

First, we see an M5 ripping its rear tires to bits; engine roaring and tires squealing in protest. It also gives us our first taste of the Akrapovic exhaust for the BMW M5 and it sounds fantastic. It’s as throaty and angry as a proper motorsport-inspired exhaust should be. A lot of modern aftermarket exhausts just sound like noise, especially on turbocharged cars. This, though, sounds angry, metallic and mechanical. It sounds like an engine doing its work. Just furiously. 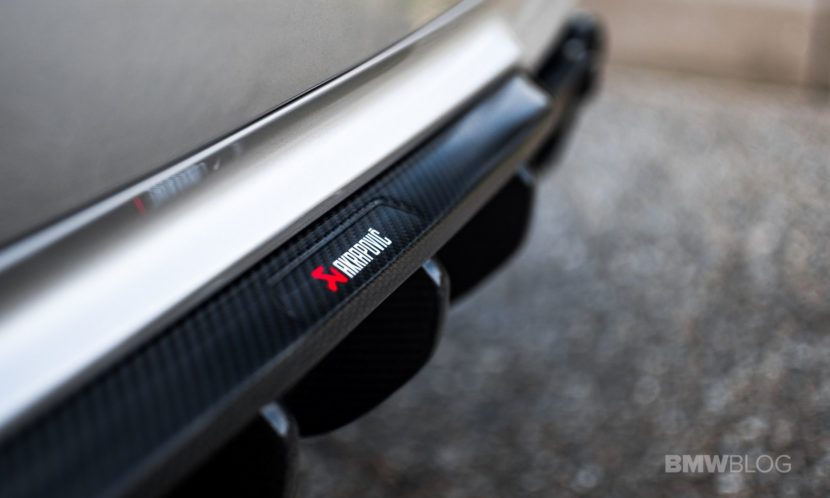 Then we see some clips of BMW race cars using Akrapovic exhausts and a voiceover talking about the importance of having a partner you can trust. It’s all very dramatic and ominous, maybe even overly so, but it’s pretty awesome. Especially once you see the BMW M5 rip out of the warehouse it’s being housed it, kicking up autumn colored leaves in its wake, and its monstrous exhaust note filling the air.

The Akrapovic Evolution Line exhaust for the BMW M5 was designed to specifically to sound like a proper V8 and not just be as loud as possible. When asked about its sound profile, Akrapovic said it wanted the sound to be “Differentiation from stock – richer, high frequency V8”. 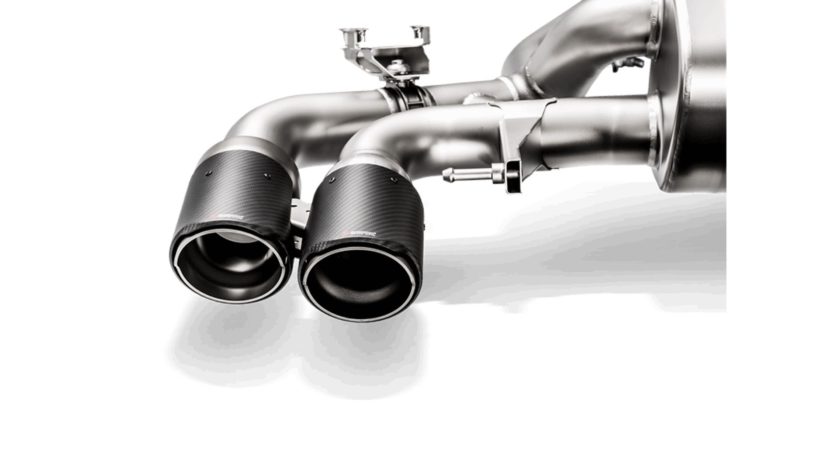 After listening to it, that’s spot-on. It sounds like a muscular V8 but one that’s a bit more high-strung, a bit more motorsport-like. Though, it still doesn’t sound as good as the delicious as the Akrapovic exhaust system for the BMW M8 GTE, of course. That’s a different engine and a genuine race car but we get to hear its sound briefly in this video and it’s incredible.

But Akrapovic didn’t just tune the exhaust note from the outside but also the inside. One of the admittedly tiny flaws of the new M5 is that it’s so quiet on the inside that BMW had to pipe in engine/exhaust sound through the speakers. The idea of this Akrapovic exhaust was to create a sound profile that was louder inside but better, letting the good noises in but keeping the bad noises out.

And you know you’re getting quality. One of the nice things about buying Akrapovic is that you know the folks in Slovenia are putting in the time and work to create a truly special product. With a metal and titanium foundry on-site, allowing the brand to create the entire exhaust in-house, from the actual exhaust pipes to even the cast-titanium housings, connections and brackets. 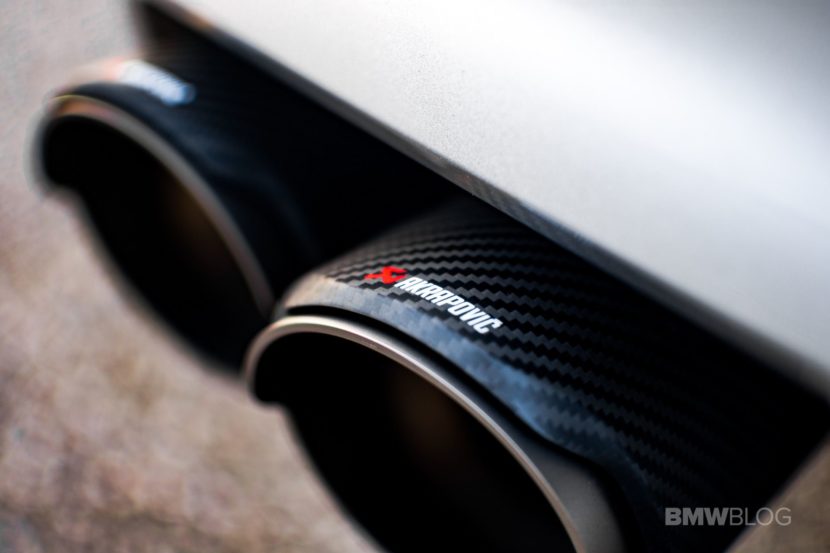 There’s also a small power gain from the Evolution Line exhaust system, bumping the BMW M5’s already monstrous power up 11 hp and 15 lb-ft. That’s not a ton but it’s nice to know that the engine is breathing better, enough to give it a little bit of extra power. Even better? It weighs 9.4 kg (20 lbs) less.

If you want a new exhaust for your BMW M5, we have to recommend Akrapovic. There are other great brands as well but Akrapovic has proven time and time again that it makes some of the best, if not the very best, aftermarket exhausts on the planet. Plus, it’s an official motorsport sponsor for BMW and makes the exhausts for BMW’s race cars. So it knows a thing or two about making good exhausts for Bavarian machines. Oh, and this video is sweet.