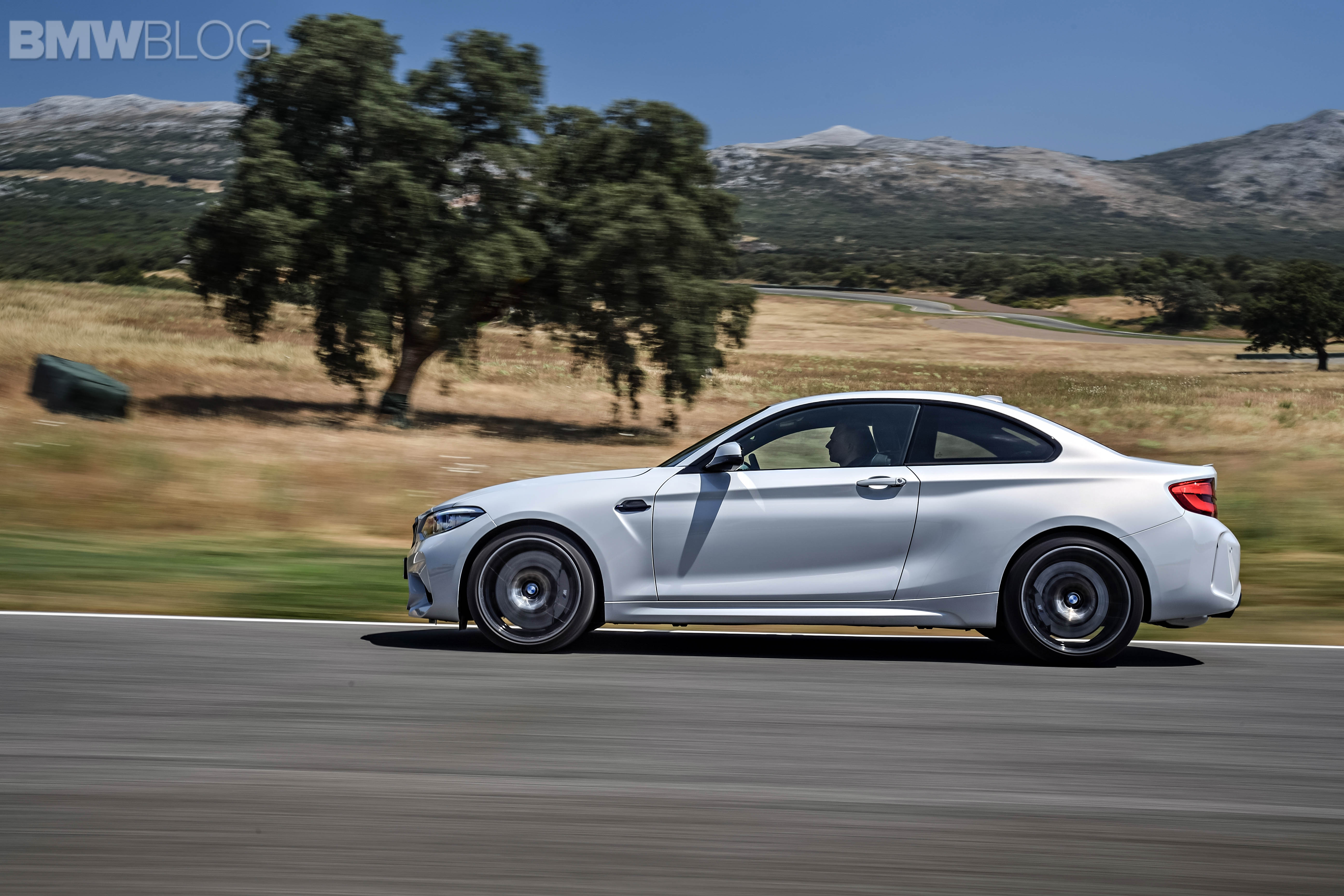 It’s the holiday season, the of year when we buy gifts for our loved ones. Joe Achilles apparently loves his BMW M2 Competition (who wouldn’t), so he decided to get it a nice gift just in time for the holidays. What sort of gift did he get it (or himself, really)? A new set of springs.

Achilles typically takes his BMWs to Motech in the UK to have his cars tuned or tweaked and he did so again. For lowering springs, Motech usually uses Eibach but this time they decide to go with AC Schnitzer for his M2 Competition. Those new springs should improve the handling just a bit, even though the M2 Competition is already pretty darn good.

Along with the new lowering springs, he also had some 12mm spacers fitted, which give it a slightly wider stance and a better look.

He also gave it a new air filter, which should increase some of the induction noise of the engine, which is nice in the UK as exhaust noise has been tamed down by emissions regulations in Europe. So the new filter will give it some more induction noise, which is they jokingly say will make it sound like an E46 M3.

How do the modifications feel on the BMW M2 Competition? It seems that they’ve actually enhanced an already great handling car. Achilles makes a good point that the M2 Competition is actually a surprisingly heavy car. In fact, it’s heavier than the regular car. So lowering that center of gravity even a little bit makes a big difference. Throw in the wider spacers and it’s going to have a bit more grip. So it seems that the M2 Competition can actually be improved quite easily with just some inexpensive modifications.

So there you have it, M2 Competition owners. Get yourself a set of lowering springs and some wheel spacers and your car will feel even better than it already does without ruining the ride.