Whereas companies like BMW used to compete with other car makers through Formula 1 about two decades ago, it seems like the times have changed and automakers are not entering new arenas. In about four days we’ll get to see Season 5 of the Formula E championship kick off and there will be some serious competition lining up at the starting grid, including BMW through its BMW i Motorsport division.

In the old days, BMW Motorsport would be part of the Formula 1 efforts and the hard work of its engineers gave us such gems as the high-revving S85 and S65 engines, developed on the race track. This time round, BMW will be joining forces with the guys from Andretti Motorsport to see what findings can be made on a different type of racing venue: Formula E. The car they will be competing with is the BMW iFE.18, which you have already met. Alas, up until now, BMW was rather coy with the details regarding its powertrain. 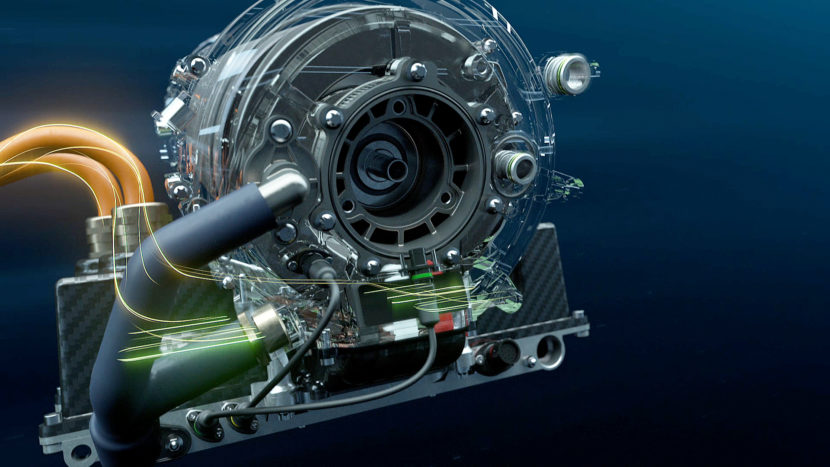 That’s no longer the case as the Germans shared some insight into the drivetrain, dubbed Racing eDrive01. According to them, it was developed together by the BMW i and BMW Motorsport teams and features some of the best solutions for and electric drivetrain available today. It is made up of three main components: the electric motor, cooling system and inverter. The electric motor’s rotor has supports made of fiber composites while thermally-conductive resins, titanium and ceramic are also used for a high gravimetric energy density.

The cooling solution has is a virtually 360° cooling geometry in aluminum casing manufactured via the additive manufacturing procedure and has CFD optimization for minimal pressure loss and maximum efficiency. The inverter has parts of its casing made from fibre composites. Multiple MOSFETS (metal-oxide-semiconductor field-effect transistors) with state-of-the-art silicon carbide technology are used on the inside for the semiconductor. Thanks to this technology, the inverter achieves very high dielectric strength while having a reduced size and minimal energy losses, and is thus smaller and lighter. An effective cooling system and low-loss circuit layout help make the inverter as efficient as possible. 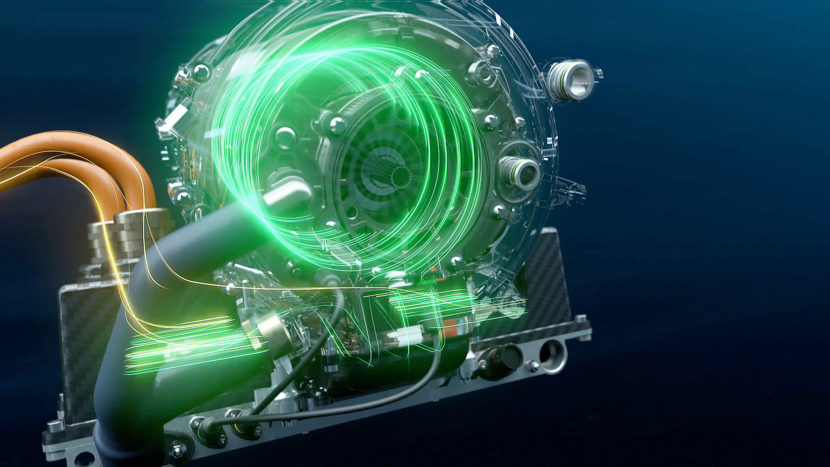 What does that mean in layman’s terms? Well, BMW also did a comparison with the eDrive drivetrain found on the BMW i3 and the Racing eDrive01 version is 50 percent lighter while also delivering 100 percent more performanec. In terms of size, the Racing eDrive01 is 66 percent smaller while having three times the energy density, twice the torque density and twice the maximum engine speed as the units found on the i3. This is the fifth generation electric drivetrain BMW developed and it will find its way on its future electric vehicles in different variations.