If the Jaguar F-Type gets a BMW V8, would it be the perfect sports car?

Home » Interesting » If the Jaguar F-Type gets a BMW V8, would it be the perfect sports car?

I’ve always wondered what it would be like if multiple car brands got together, used their strengths and made the best car possible. For instance, BMW could provide the powertrain, Porsche could provide the chassis and steering, Jaguar could provide the body and Mercedes-Benz could make the interior, all combining to make one incredible car. Well, it’s possible we get the closest thing to such an idea with the next-generation Jaguar F-Type.

There are few cars on the road that make me stop, crane my neck and stare as they pass by. The Jaguar F-Type is one of those cars. Either in coupe or convertible body style, the F-Type is a stunner. It’s beautiful, aggressive, sporty, elegant and effortlessly seductive. It’s certainly one of the very best looking cars on the road and possibly the best looking car on the road. And there’s been rumors for some time now that Jaguar is planning on using a BMW V8 in the next-gen F-Type. 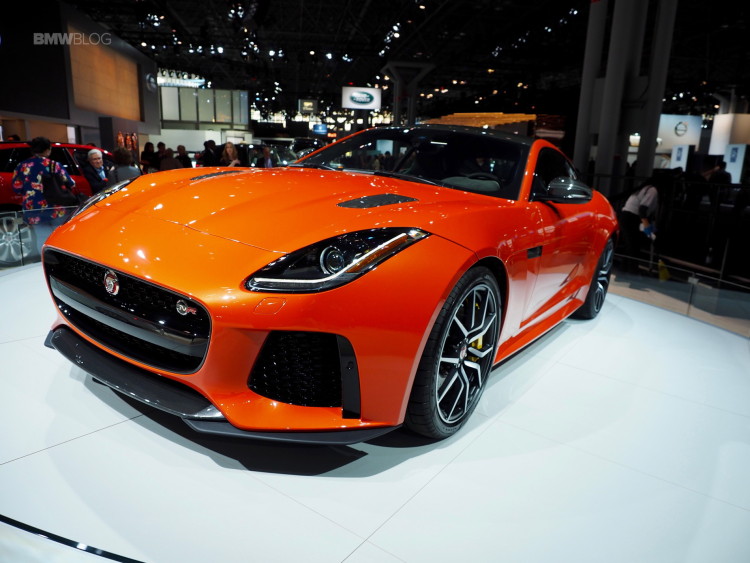 Now, though, we’re hearing Jaguar could scrap that idea and go with electric motors instead. In fact, the entire Jaguar brand could go electric-only, to sort of get ahead of the upcoming trend. We sincerely hope that doesn’t happen just yet and that Jaguar does put a BMW V8 in the next F-Type because that would make quite possibly be the perfect sports car.

The current 5.0 liter supercharged V8 in the Jaguar F-Type is awesome, there’s no question about that. It makes a noise that sounds like a chainsaw powered by fire and brimstone. However, it basically just turns gasoline into fury and noise, as it’s incredibly inefficient and, honestly lags behind its competition in terms of performance. Sure, it makes a lot of power, easily producing over 500 hp, but it doesn’t translate into speed anywhere near as well as BMW’s new twin-turbocharged V8. The new BMW M5 is heavier than the fastest F-Type and it blows the doors off of the Jag.

So imagine that monster BMW V8, the same one that’s capable of hurling an all-wheel drive, leather-lined, four-door luxury car from 0-60 mph in less than three seconds, in a car as sexy and as beautiful as the F-Type? In the immortal words of George Takei, “Oh my”.

But such a car would pose another question. Not only would its very existence pose the question of whether or not it’s the perfect sports car but if there’s any point in buying a BMW 8 Series. The 8 Series is beautiful but it’s not F-Type beautiful. In the 8er’s defense, nothing really is. Hell, the F-Type makes Aston Martin’s new cars look pedestrian. But us Bavarian fans know that a BMW engine is far better and more reliable than one from Jaguar. But what if you can combine the two? I have to stop, I’m starting to sweat.

4 responses to “If the Jaguar F-Type gets a BMW V8, would it be the perfect sports car?”