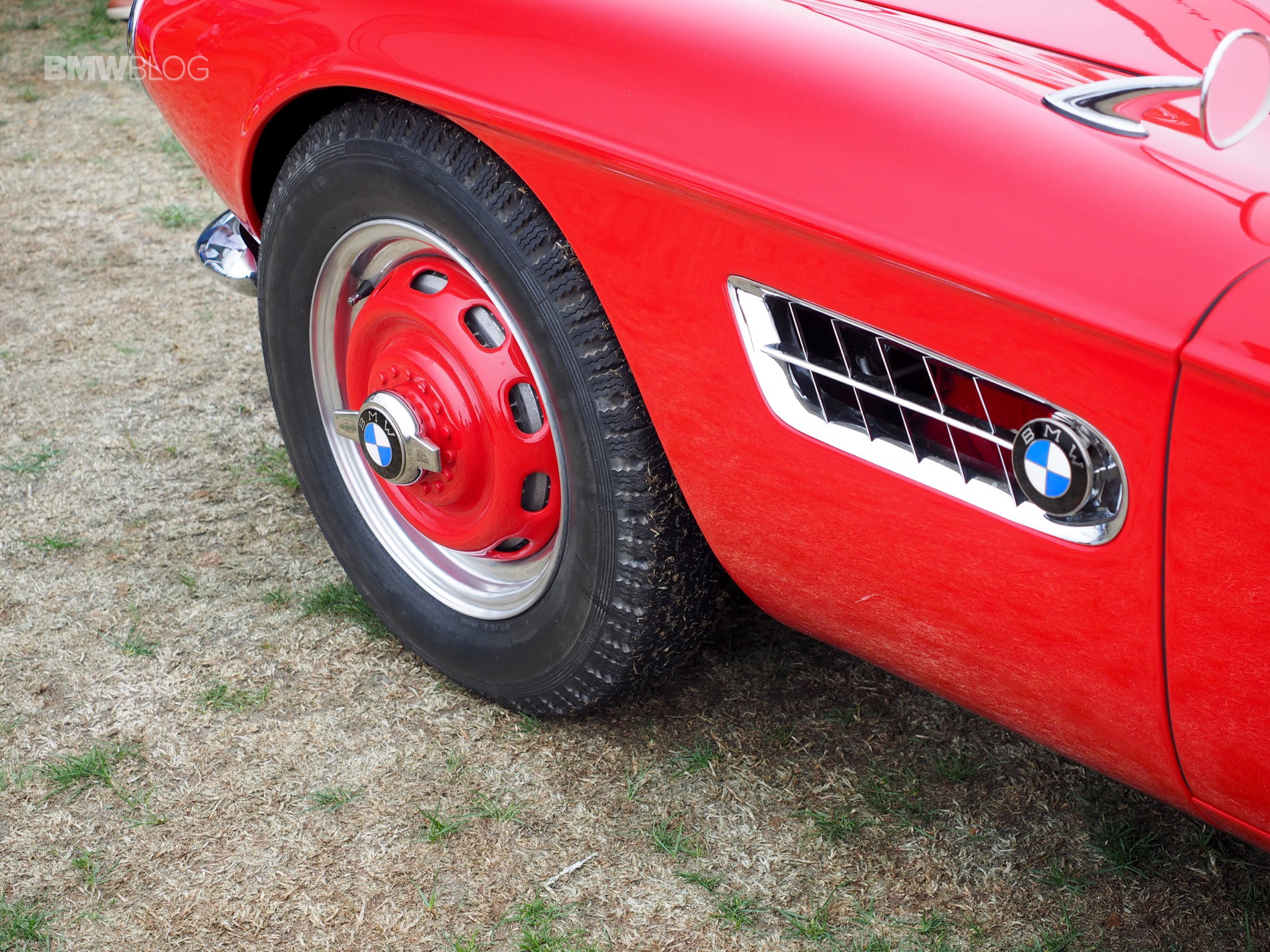 When it comes to iconic BMW models, there is one roadster that started the drop-top madness in Munich and that’s the 507 Roadster. Back when it was new it was adored by everyone, from car freaks to celebrities around the world, princes, movie stars and musicians. Elvis famously had one which probably became the most famous of all, especially considering its story. Well, if you want to buy one you should know that a 1958 pristine model is going up for auction soon at a Bonhams event, as its price will be in the millions.

The car was apparently formerly owned by none other than Albrecht von Goertz. We’ll forgive you if you don’t know who he was exactly, as his peak of popularity was reached somewhere in the late 1950s, early 1960s. There aren’t a lot of people around these days to remember him but he was the creative mind behind the design of the BMW 503 and the BMW 507. He penned the two cars and he’s the one we should thank for the iconic shapes that ended up charming us over the years.

The car going up for sale at the Bonhams Bond Street Sale on December 1 was made in 1958 but wasn’t purchased as new by von Goertz. Instead, the car ended up in his possession in 1971. He had fun with it for about a decade and then sold it on in the 1980s to another owner who restored it in 1990. According to the ad, the car is in excellent condition and the pictures definitely seem to show it.

Unfortunately, there’s no mention about the mileage on the odometer or about the work that may or may not have been done on it in the last 20 years. However, Bonhams does claim that the car is probably going to be sold for anything between £2,100,000 and £2,200,000 which translates into $2.7 – 2.8 million at today’s exchange rates. That’s quite a hefty amount but that’s what mint 507s are going for these days anyhow.

[Note: Not the actual car up for auction]

One response to “BMW 507 Roadster Owned by Albrecht von Goertz, Heading for Auction”