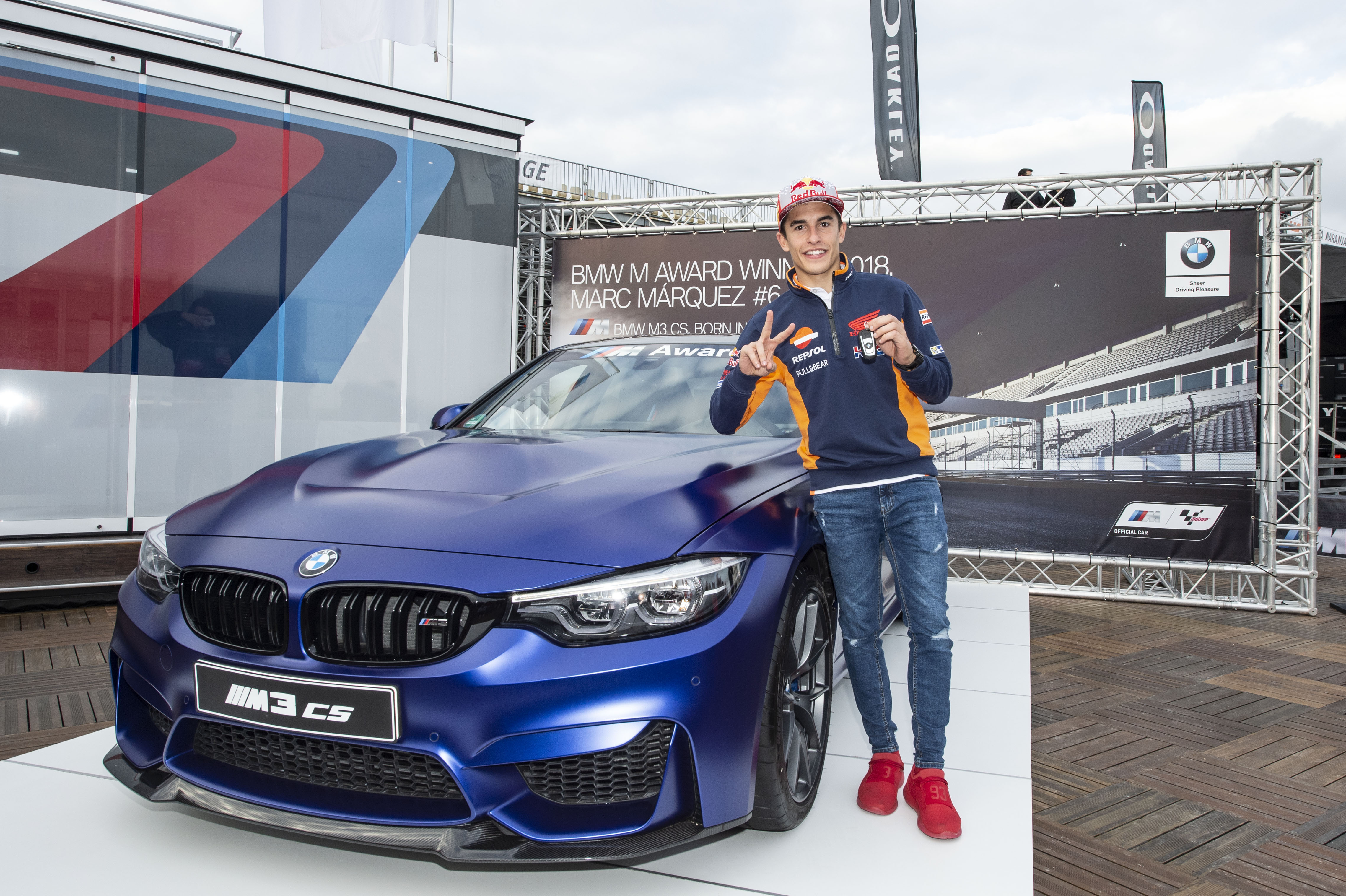 For quite some time now, BMW has been offering what they call the ‘BMW M Award’ to the rider who posts the fastest times in the qualifying rounds of the MotoGP championship. For six consecutive years that award has gone to Marc Marquez, who just took delivery of his latest addition to his impressive collection of rare BMW M models, a BMW M3 CS. The car was offered by BMW in Frozen Dark Blue and was delivered at Valencia, Spain, where the season finale of the MotoGP took place this weekend.

The BMW M Award has been offered since 2003 and so far, Marc Marquez is the undisputed champion in this regard, having claimed six consecutive awards so far. 2018 also marked an important milestone for BMW M as the Germans celebrated the 20th season as the ‘Official Car of MotoGP’. The car for this year’s winner was handed over to Márquez by Carmelo Ezpeleta, CEO of MotoGP organiser Dorna Sports, and Markus Flasch, President of BMW M GmbH. 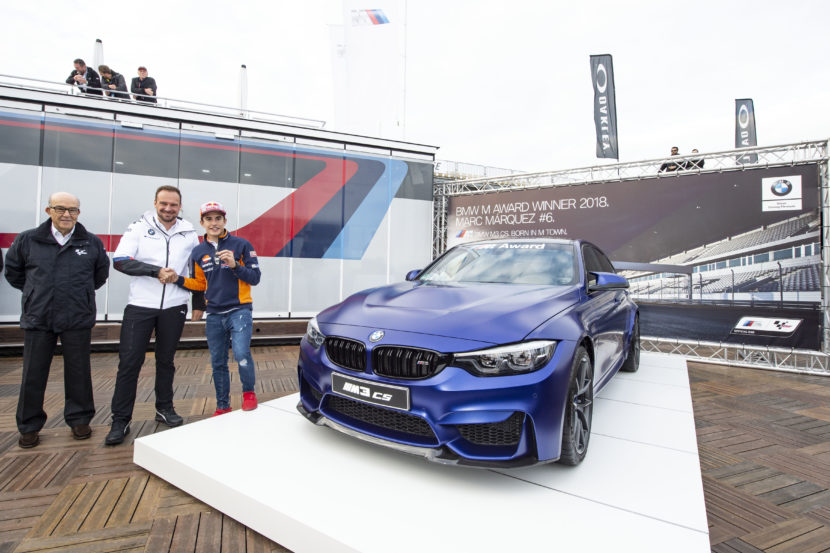 “I can hardly believe that I have won the BMW M Award for the sixth time running,” said Márquez at the award ceremony at Valencia. “One year ago, I announced here that my objective for 2018 was to claim this sixth victory – and I have actually managed it. That makes me very proud. Now I can hardly wait to get behind the wheel of this fantastic BMW M3 CS. I want to thank BMW M GmbH for providing the BMW M Award as an accolade for the fastest qualifier. This shows special appreciation for us as MotoGP riders. The prospect of winning this prize provides even more motivation for us when qualifying starts on Saturdays.”

Márquez has already made history several times with the BMW M Award. He won it for the first time in 2013, becoming the first rookie to top the special ranking. In 2015, the Spaniard became the first rider to win the BMW M Award for three consecutive years. He became the exclusive record holder in 2016 with his fourth straight victory. In the current 2018 season, Márquez won the BMW M Award with a total of 341 points, 73 points ahead of his closest challenger Andrea Dovizioso. 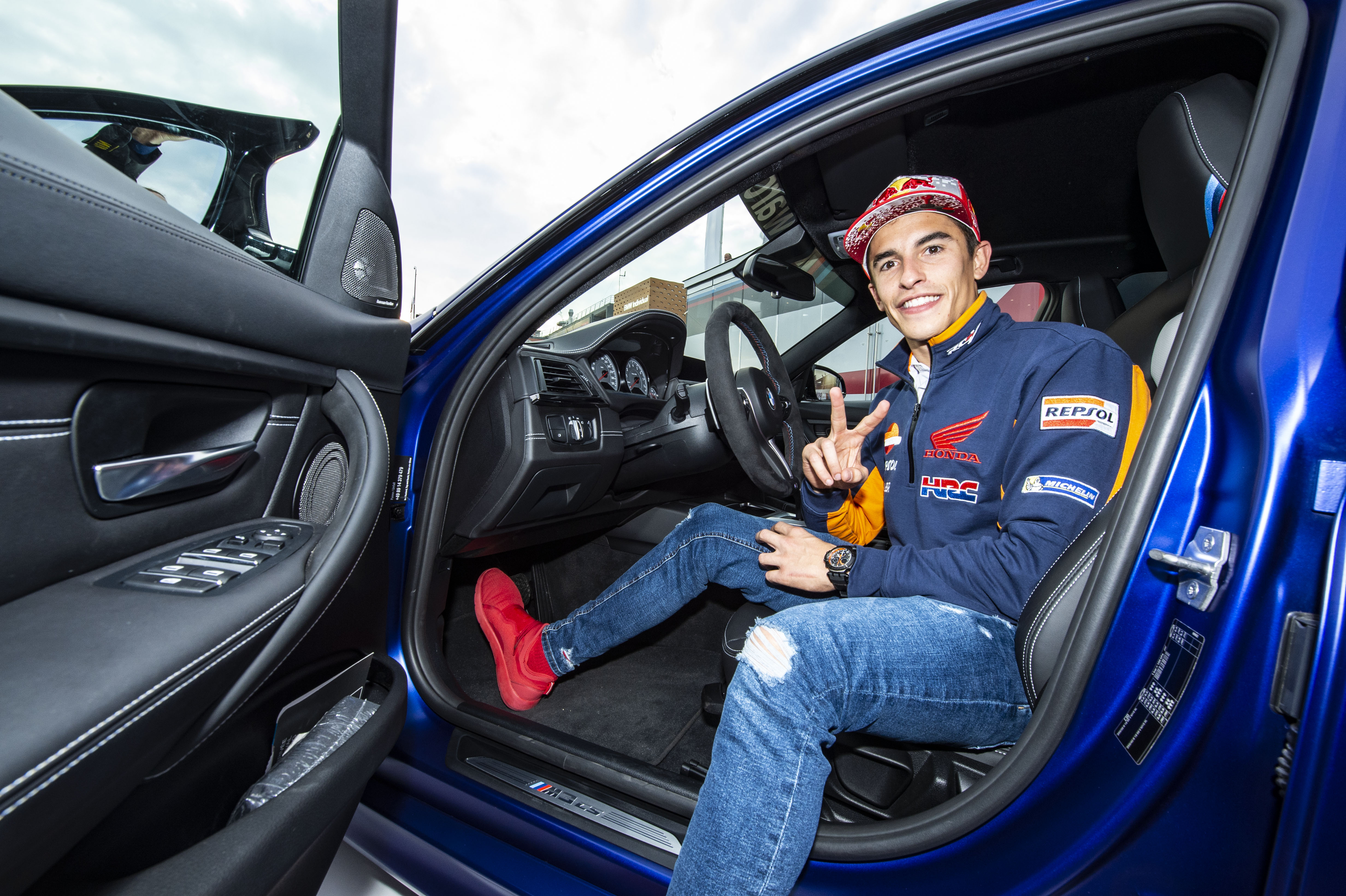 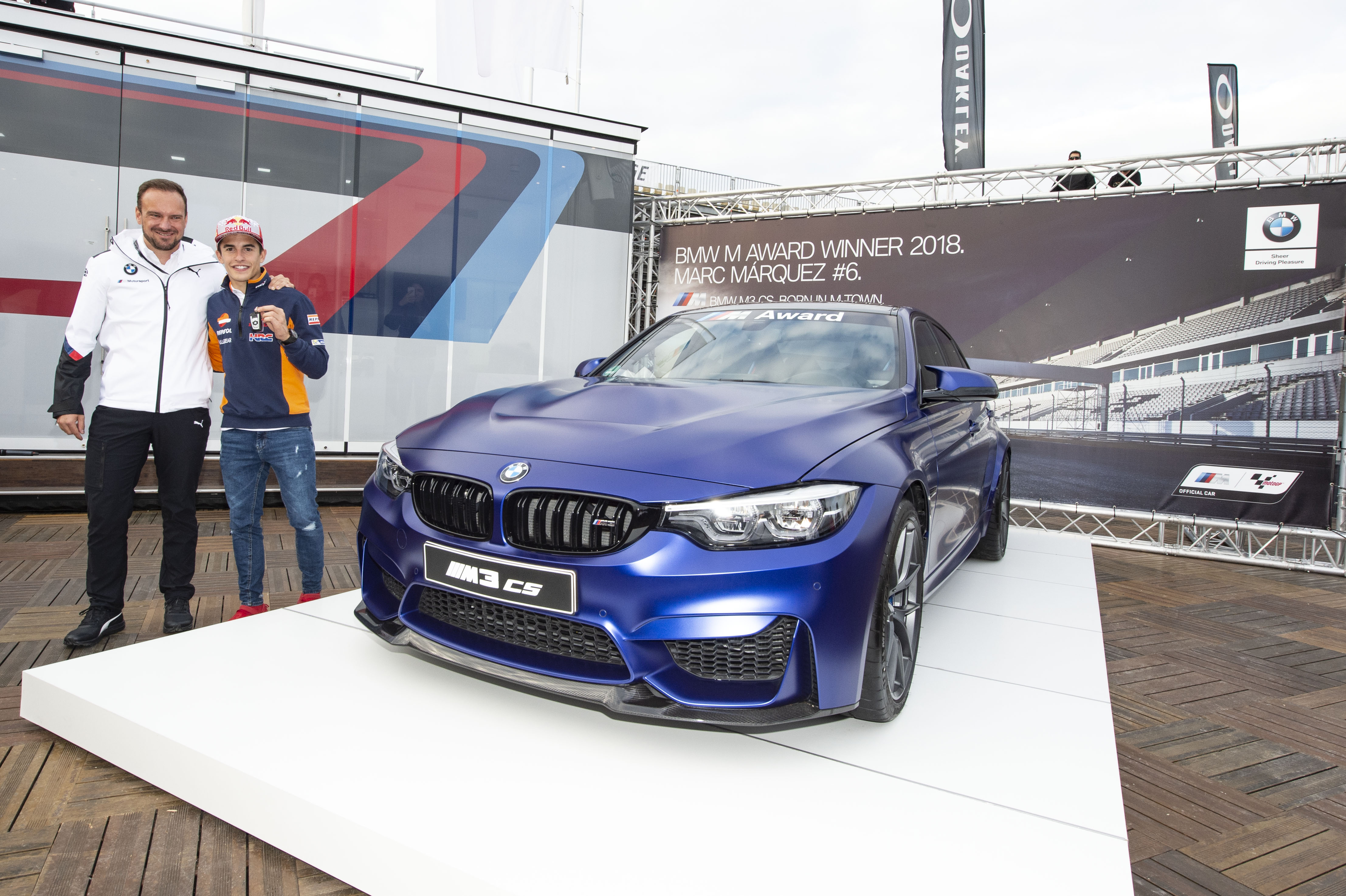 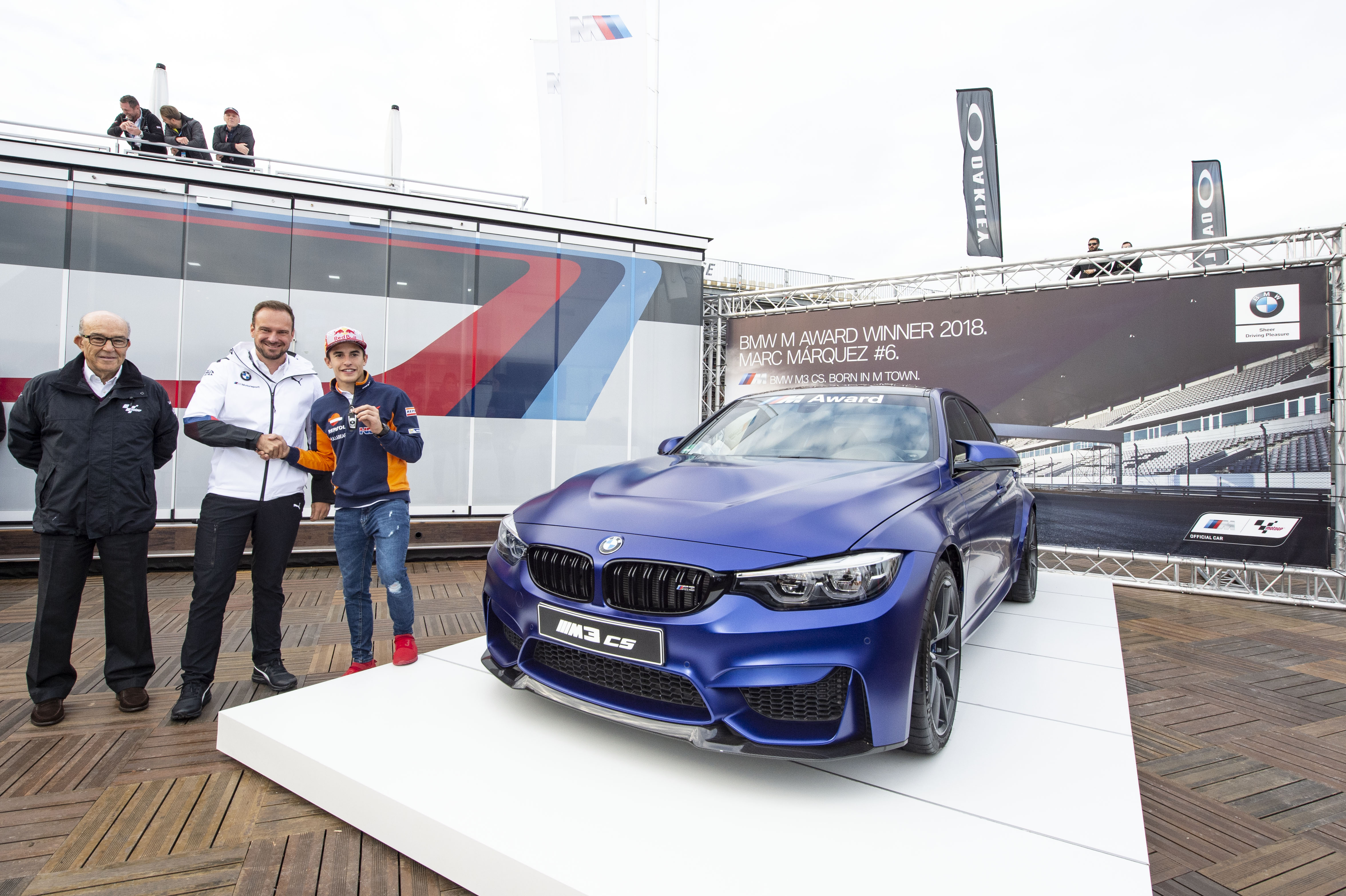