Not long after the new F90 M5 came out BMW decided it was time for the Competition model to be launched. It was a rather surprising move for enthusiasts, not as much in the fact that the Competition M5 was launched (it was expected) but more so because of the timing. BMW usually separates such launches by a couple of months but it definitely wasn’t the case here. So what’s new on the Competition model?

The guys from CarAdvice took one such car to the track to find out. They also had a BMW representative on the passenger seat to tell them all about it while being driven on the track and I must say, he didn’t seem all that comfortable either. Maybe it was a funny camera angle but most of the time it looks like he’s struggling to keep his composure and maybe not throw up in a car that’s supposed to be tested by several journalists. 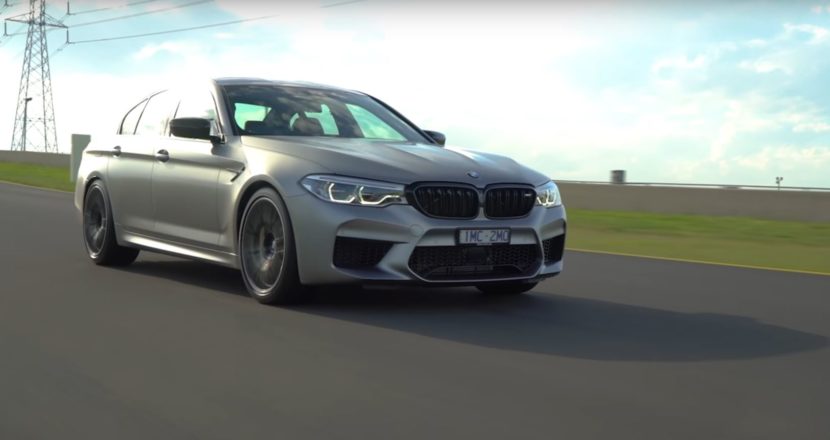 As for the car, you may already know that the Competition M5 brings some 25 additional horsepower to the table, while leaving the torque figure unchanged. That allows it to reach 100 km/h (62 mph) from standstill a bit faster, in a claimed 3.3 seconds (0.1 seconds faster than the stock M5). However, independent tests showed the car to be able to go under the 3 second mark on occasion. Nevertheless, the horsepower improvement is just a small fraction of what was changed.

The Competition model also has a different suspension, the spring rate being 10 percent higher both front and back, new joints and bushings and all of that creates a complete package that sets the car apart from the stock model. Of course, it all comes at a price and the M5 Competition is about AUD30,000 more expensive in Australia, which may give a couple of people some second thoughts, especially since the stock car is already unbelievably quick.