G81 BMW M3 Touring rendered and we need it

Just recently, we learned that BMW was actually considering an M3 wagon for this latest G80-generation. While nothing has been confirmed, nor has anything been greenlit, Autocar recently reported that some of the top brass in Bavaria were considering a long-roof BMW M3. So designer Tobias Büttner rendered one up (seen here).

This new render shows off what a potential G81 BMW M3 Touring would look like and we need one. BMW has yet to officially reveal the 3 Series Touring just yet but we’ve seen enough spy photos to know that this render is relatively accurate to what one will look like. So if you throw in some traditional M car-touches, such as the quad exhaust pipes and rear diffuser, it looks very good.

Admittedly, it still wouldn’t be the best looking wagon in its class, as the Audi RS4 Avant still looks the business and, honestly, no one does fast wagons like Audi. Maybe Volvo, if it had any. 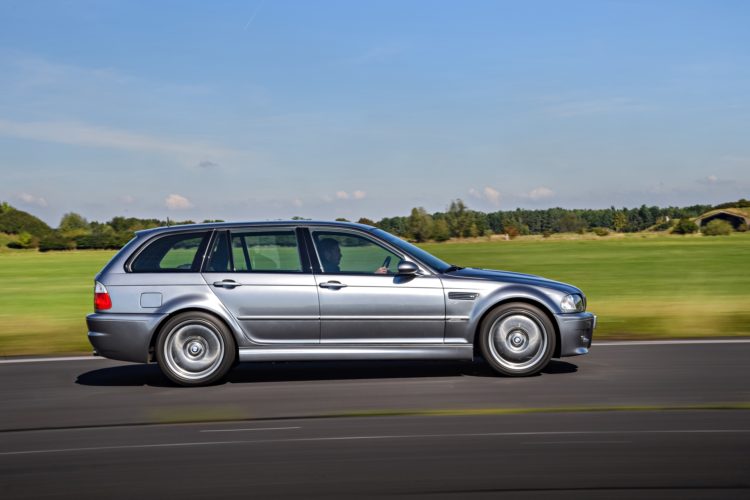 Still, though, such a car would be absolutely awesome. It would give BMW a car to compete with the aforementioned Audi and even the Mercedes-AMG C63 wagon. It’s actually surprising that BMW hasn’t yet made an M3 wagon, considering both of its direct rivals have wagons in the M3’s segment. You’d think BMW would want to jump on that train.

BMW has thought about it, though. Remember the E46 M3 Touring prototype that was actually built but never put into production? BMW acknowledges that it wouldn’t cost much extra to make such an M3 Touring, so it’s not financially difficult at all to make one. It seems that BMW is debating whether or not customers will want to buy one and if such a car is in keeping with BMW M’s Motorsport vibes. After all, practical wagons don’t exactly scream “motorsport”.

To that first question, though, we think customers would snatch up the BMW M3 Touring like crazy, if it were made. Especially in countries like the UK, where wagons are very popular. So make it happen, BMW. And if you send one or two over to the US, let me know. I think I can make do with just one kidney.