How has BMW affected the State of South Carolina?

Home » How has BMW affected the State of South Carolina?

Over the past year or so, there’s been quite a lot of talk surrounding BMW’s Spartanburg, South Carolina plant. Most of the talk has been, unfortunately, focused on trade tariffs and the contemptuous relationship with the President of the United States and German automakers. However, the bright side is that this talk has brought a spotlight on BMW’s Spartanburg plant and all the good it’s done, not only for the town of Spartanburg but the entire State of South Carolina and even the Country.

Back in 1992, BMW announced that it would be developing a factory in South Carolina and it immediately boosted the spirits of the State’s workers. At the time, South Carolina’s main industry, textiles, had been dwindling to basically nothing, putting about 70,000 people out of jobs. So having another massive manufacturer coming to town really brought some hope to the people. 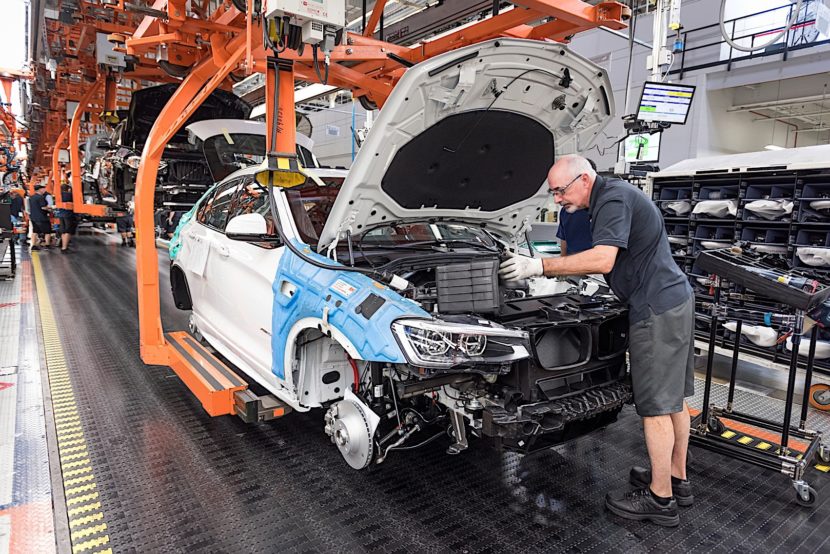 While BMW obviously wasn’t able to bring all 70,000 people back to work (although a whopping 60,000 applied), it did initially bring 2,000 new jobs back to South Carolina. Now, two decades later, 10,000 people work at BMW Spartanburg. But that’s not where the job influence stops.

“After BMW arrived we saw a major automotive supply chain crop up,” said Joey Von Nessen, research economist at of the University of South Carolina Darla Moore School of Business. “Bottom line, BMW arrives, Michelin is already here, and then we see a wave of automotive suppliers come in.” According to Von Nessen, the employment multiplier for the automotive sector in South Carolina is 3.7. Which means that for every 10 jobs created by BMW, 27 more jobs are created elsewhere in the State, via supply chains or other related jobs. So if you take that same multiplier and apply it to BMW’s 10,000 employees, that’s 37,000 people with jobs that are both directly and indirectly related to BMW’s existence in the state.

What’s even better is that other manufacturers saw what BMW did and decided to tag along. Since BMW’s arrival in Spartanburg, two other major manufacturers have set up homes in the Upstate. Boeing was the first. 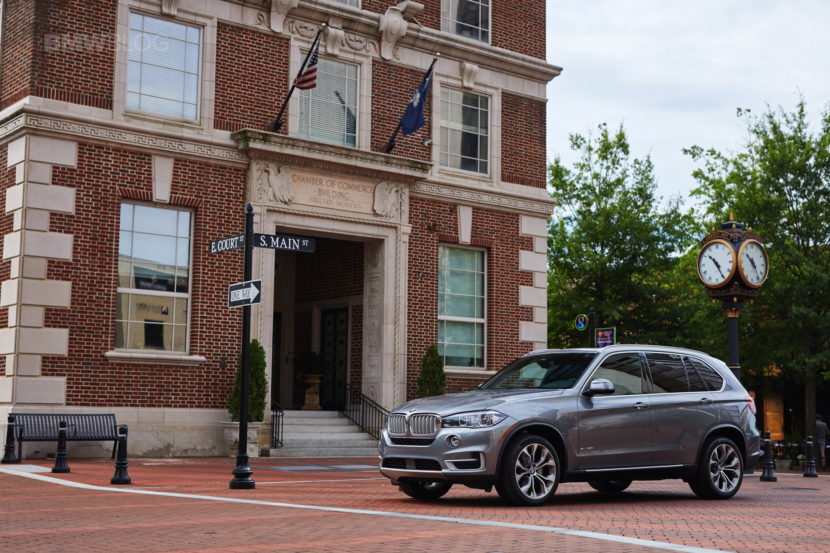 “My friends at Boeing will tell you they wouldn’t have looked at South Carolina if it wasn’t for BMW,” says state Commerce Secretary Bobby Hitt. Hitt was employed by the law firm Nelson Mullins at the time BMW arrive, a law firm that represented BMW. “It was a real change agent.”

Now, Volvo has set up shop in South Carolina as well, building XC90s. So the Bavarians clearly helped open the door for new international manufacturers to start building in South Carolina. Admittedly, BMW wasn’t the first, as Michelin came built a factory in the ’70s and Bosch built on in the ’80s. But BMW did so a bit more famously, helping to bring some recognition to the Upstate region of SC. “It put us on the map,” Hitt says. “It changed the way we looked at the world.”

With all of these international brands manufacturing in South Carolina, the state has had an influx of cultures, as well. “You walk around downtown and you’re going to hear German, French, and lot of different languages,” says John Lummus, president and CEO of Upstate S.C. Alliance. . “It has made us more welcoming to international companies.” 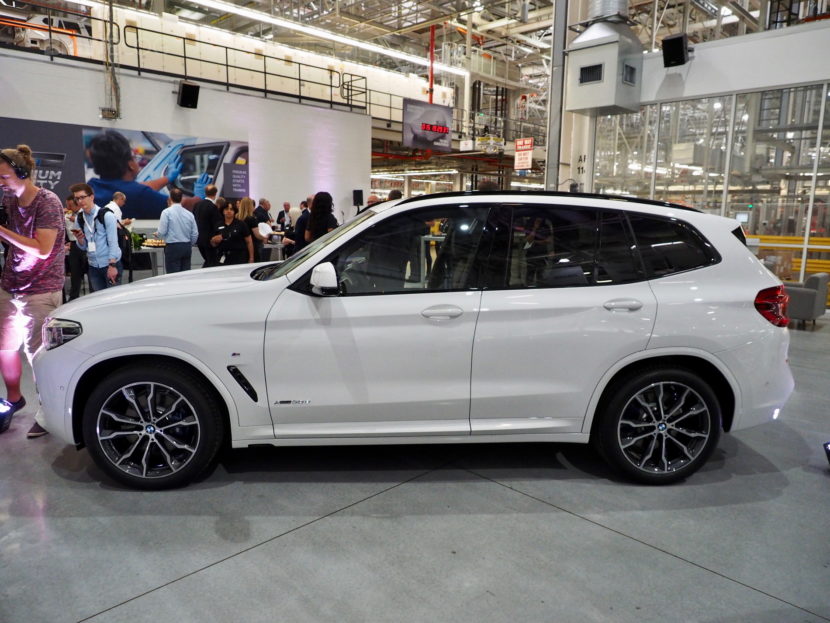 What’s truly awesome is how the people of South Carolina have welcomed BMW, Michelin, Bosch and now Volvo. “We have welcomed international folks to the area and continue to support them and make it a pretty diverse community,” Mark Farris, president and CEO of the Greenville Area Development Corporation.

The people Spartanburg have also come to truly appreciate what BMW has done for the town and the State. So much so, that they’re sticking up for the Bavarian brand during amidst an uncertain political climate. “You’ve seen people in the community stand up for BMW,” Lummus says. “They are a great company.”

We also just took a look at the original E53 BMW X5, which was the first car to be built at the Spartanburg, South Carolina plant. That car helped launch BMW into the massive brand it is today by expanding its model portfolio beyond what it was known for. Now, the X5 is one of the brand’s best selling models and that first car was massively successful. So BMW’s Spartanburg plant has helped the State and BMW equally and the relationship has been incredibly fruitful. 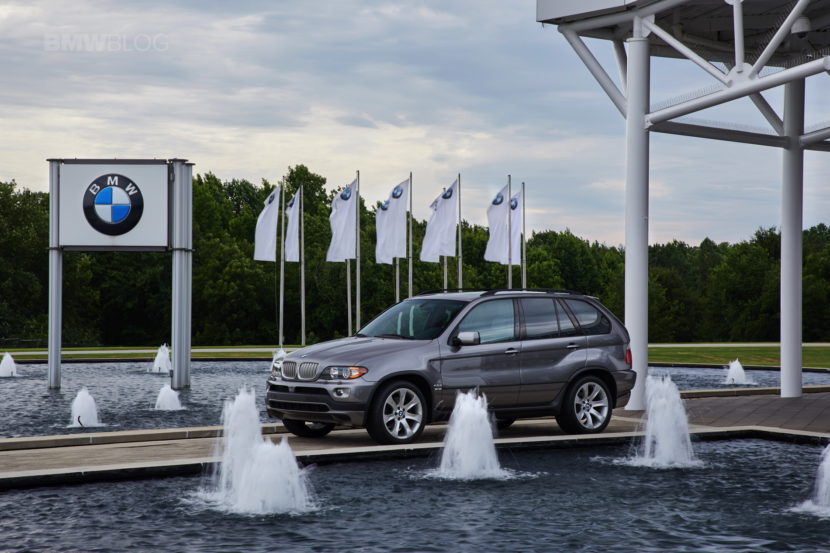 That manufacturing is only going to continue, as well. With electrification on the horizon, more and more companies are starting to build components for electric cars in South Carolina as well, increasing the automotive supply chain. So manufacturing certainly won’t be dying in the Upstate any time soon and, while BMW isn’t solely responsible for that, we can certainly thank the Bavarians for a lot of that.

2 responses to “How has BMW affected the State of South Carolina?”