Video: Take a Look at how the new BMW X5 Is Made in Spartanburg

Home » Video: Take a Look at how the new BMW X5 Is Made in Spartanburg

The new BMW X5 is bound to reach worldwide dealerships in November. In the meantime though, the Spartanburg plant in South Carolina, is running at full speed, in anticipation of a high demand for the popular SUV.  Therefore, we thought it would be a good time to see exactly how the X5 are being built on the assembly line.

These sort of videos are simply fascinating, especially when you see just how fast production lines are these days and how fast a car, even the size of the new X5, can be put together before being driven out of the building. The video below shows only certain parts of the process, but it’s enough to give you a general idea about what goes on behind closed doors. 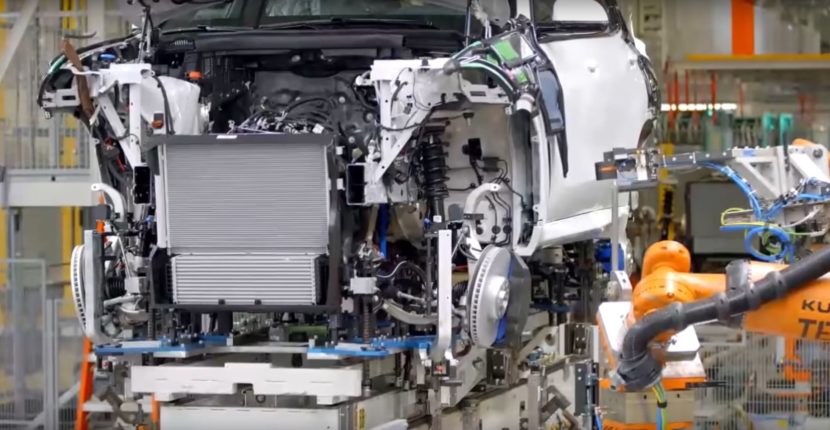 For example, you can notice that both right-hand drive and left-hand drive models are made on the same assembly line. It makes sense too, as the X5 is being sold in countries adhering to both standards and is made solely in Spartanburg. The dash, for example, is placed inside using a robotic arm, and it’s all done in one motion. The interior follows while the exterior details are left for last. The driveline installation is quite interesting as well, as the whole chassis is dropped on the engine, gearbox and driveshafts altogether.

Even the dampers, brakes and differentials are all added at the same time as the engine and it’s all done by robots, which take pictures of the position of the parts and then realign everything to make sure it lands where it should. In the end, the bumpers, headlights and side sills are all thrown in the mix along with the finishing touches before the car is driven out.