The brand new Audi A8 takes the iconic nameplate from BMW’s long-time rival from the past and into the future. The new limousine comes filled with next-level technology, including Level 3 autonomous features which have been introduced on a car for the first time ever. The new A8 presents itself as a potential king of the segment if you will but while all this new tech is definitely impressive, some people actually love driving cars, including such big limousines. Could the BMW 7 Series beat the A8 in this department?

It’s a well known fact that these sort of cars are usually seen carrying high-level executives around town. Most of the time, these aforementioned big shots can be seen in the back, reading a newspaper or simply relaxing while being chauffeured around. However, some people prefer getting behind the wheel themselves and the guys from Autocar wanted to see which car would be better suited for that, between the 7 Series and the new A8. 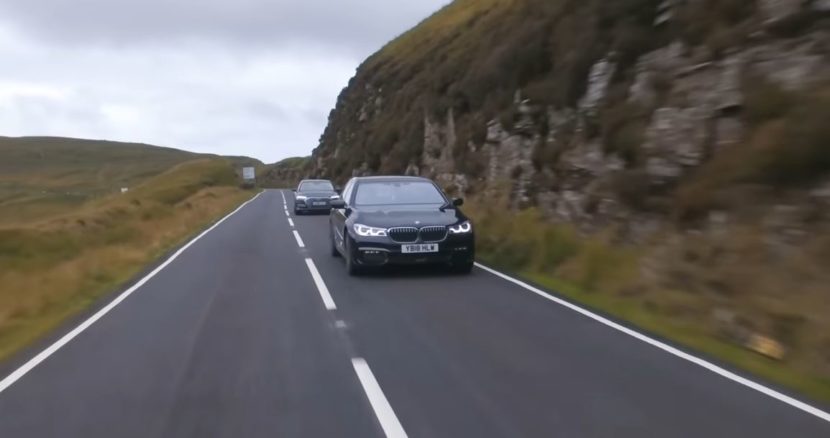 We should mention from the get go that the A8 is the newer car here and comes with more tech than the 7er. It has a new suspension which uses electric motors to adjust every wheel independently depending on the road surface, and is as smooth as they get in this segment but does all of that help when you actually want to have fun behind the wheel? It turns out BMW’s system and chassis, although using an older technology, does it better.

Among the things the guys mention is the steering which seems better in the BMW, the body roll and turning which are also better in the Bavarian machine as well as the integral steering which helps out a lot actually, making the 7 Series feel smaller and more nimble. Furthermore, the A8 seemed to have a problem with the center console which wouldn’t stop squeaking. While that last bit might be an isolated issue with that particular press car, the rest of the differences between these two cars make the 7 Series the winner in this comparison.