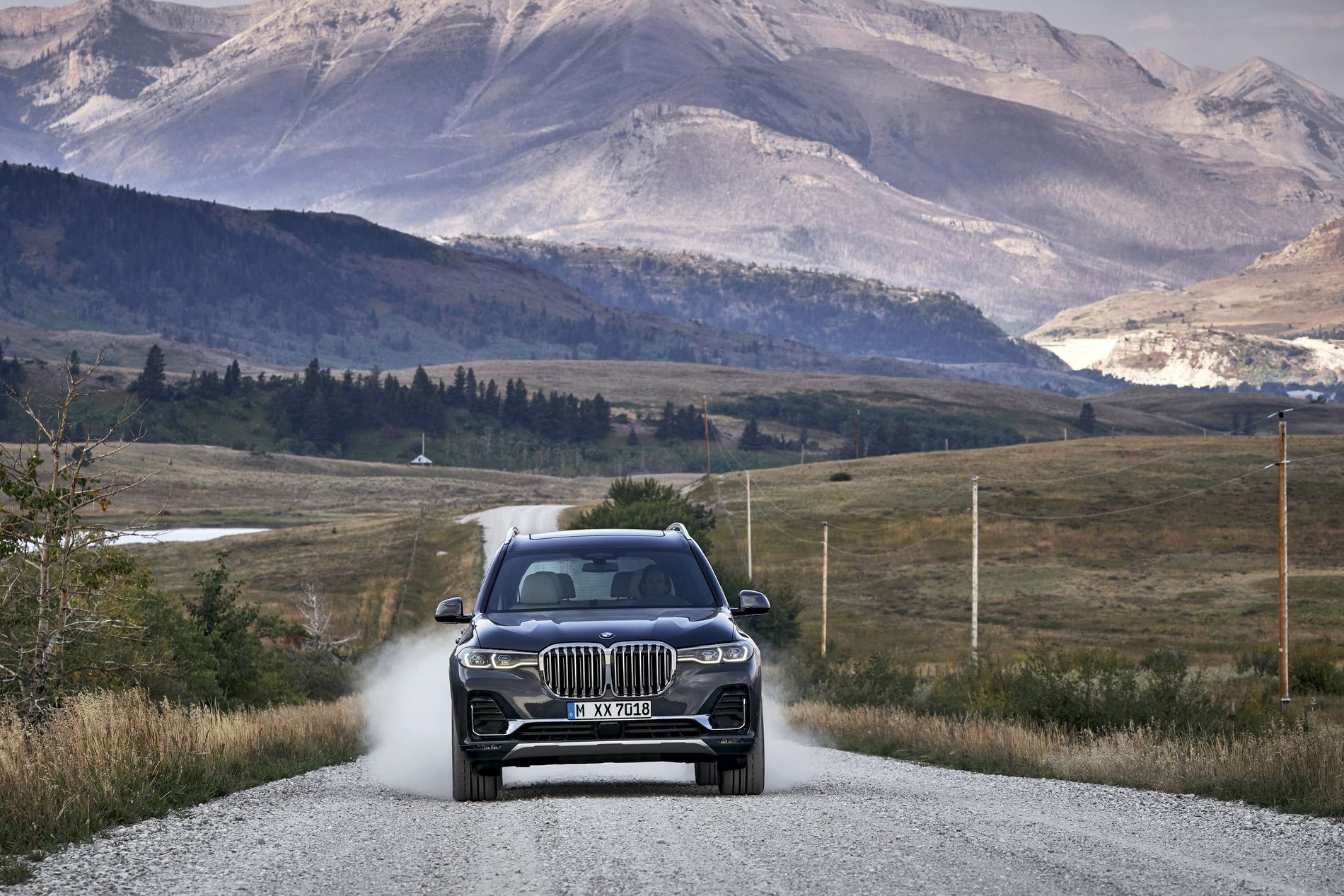 Some of the first reactions we received after posting the BMW X7 were mocking it for being too similar to the BMW X5. The X7’s lesser sibling debuted a few months ago and it immediately became a fan favorite, as its looks, tech and driving dynamics make it one of the best Bimmers in a long time. Still, it’s not as if fans want to see BMW’s most expensive SUV looking almost identical to a car that costs far less.

So we decided to take a look at both cars back to back, to see just how similar, or dissimilar, they are. To be honest, though, while both cars share the same new design language, they’re not identical. Also, all brands share design languages across models, so it’s a bit unfair to slam the X7 for that. Still, let’s take a look at the two cars.

From the front, these two are admittedly similar. There are differences, of course, with the X7’s Kidney Grilles being significantly larger and its headlights quite a bit slimmer, but their lineage is obvious. Though, the headlights on the X5 don’t actually connect to the grilles, even though the do get close, which helps to separate the two, even if it’s just by a bit.

The BMW X5 is the more handsome car up front, though. It’s less cartoonish, less like a caricature, than the X7 is. It’s also far sportier, the X5, looking more athletic, even from the front.

Out back, they look less similar. Obviously, the rear of the BMW X7 sports a silver trim bar that spans the width of the tailgate and its headlights are basically upside-down versions of the X5’s. Look deeper, though, and you’ll notice the X5 is a bit more muscular and a bit sportier. It also seems to get steeper departure angle at the back, making it a bit more adept at tackling some rough pavement. Though, neither of these are genuine off-roaders.

In profile, the BMW X5 is sportier and tougher looking. Its wheel arches are more flared, its shoulder line more pronounced and its roofline is a bit more aggressive. While the BMW X7 is taller, more slab-sided and has a roofline that extends nearly straight, all the way to the ass end of the car, so as to accommodate third-row passengers. The X7 looks like the more practical car because it is.

On the inside, the complaints about their similarity are most warranted. The BMW X7’s cabin looks a bit like a copy-past-enlarge job. While it’s still a great looking cabin, it’s just essentially an X5’s interior that’s been enlarged a bit. Some materials will be nicer, sure, but the design is largely the same. Even the stitching on the dash is the same. For the brand’s flagship SUV, BMW could have put in more effort than that.