As part of Top Gear’s upcoming Speed Week, they brought together three of the German offerings, the BMW M2 Competition, Porsche 911 GT2 RS and the Mercedes-AMG G63, and took them to some stunning and twisty mountain roads in Switzerland. It’s an unusual pairing of cars, with none of them being competitors to another, but this isn’t exactly a comparison test. Still, it’s awesome to see such an oddball grouping of incredible performance machines in some breathtaking, if a bit terrifying, scenery.

Personally, I’m terrified of heights. So as beautiful as the Gotthard Pass is, the idea of driving on a mountain pass with drop offs so high that you’d have time to buy a parachute on Amazon before you hit the ground is not one I’d like to entertain in conditions like these. Wet roads in either one of two incredibly tail-happy rear-wheel drive cars or an overpowered, top-heavy army truck? No thanks. So I commend the bravery of the Top Gear crew. 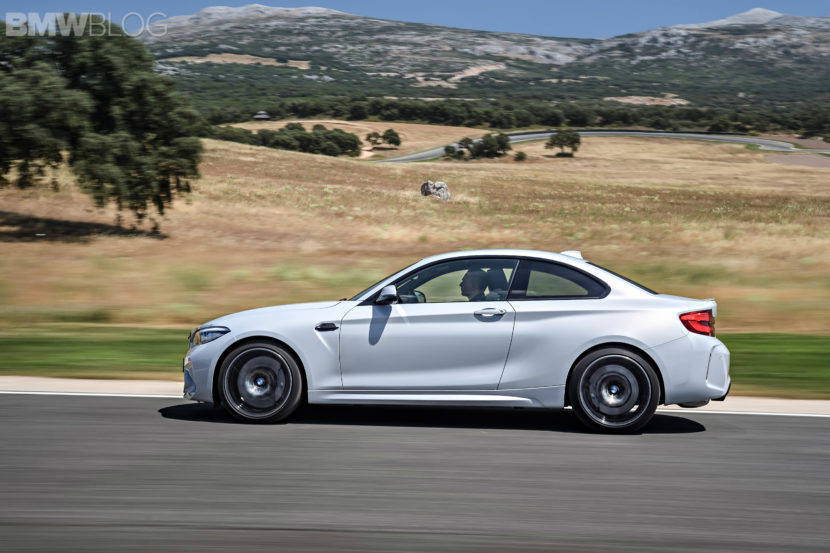 Of the three cars, the one I’d choose to drive on that pass is easily the BMW M2 Competition. Not because it’s the best of the three but because it’s the least powerful. With 405 hp and 406 lb-ft of torque, the BMW M2 Competition is by far and away the least punchy of the bunch, being that the Porsche 911 GT2 RS packs 700 hp and the revamped G-Wagen gets 577 hp. It’s also the smallest and likely the easiest to manage when driving quickly on narrow roads.

All three cars are awesome, though, and seem like a ton of fun. We can’t wait to see the full feature of Top Gear’s Speed Week to see how these cars fair in the test, specifically the M2 Competition, which is the first of its kind. Though, we think it’s going to do well, considering TG already had this to say about it “For my money, it’s the best M since BMW went turbo – less bludgeon, more balance.”