The guys from MotorTrend just published this year’s rendition of the World’s Greatest Drag race on their Youtube channel and we’re happy to report that the new BMW M5 was included in the shortlist of 12 cars selected for the event. Considering the upgrades the new generation M5 got and how good it performed in every single drag race we’ve seen it in so far, this was only a logical step for the MotorTrend people to take.

Of course, if you’re familiar with their tests, all the cars in the video below are part of this endeavor because they’re also contenders for the title of the Best Driver’s Car of the year. The M5, with its new M xDrive system wooed them on the track as well as on the drag strip. This year’s edition is the eight so far and it’s hosted by the Wanderberg Air Force Base, with its 15,000-feet runway designed in the 1970s to allow a space ship to land. 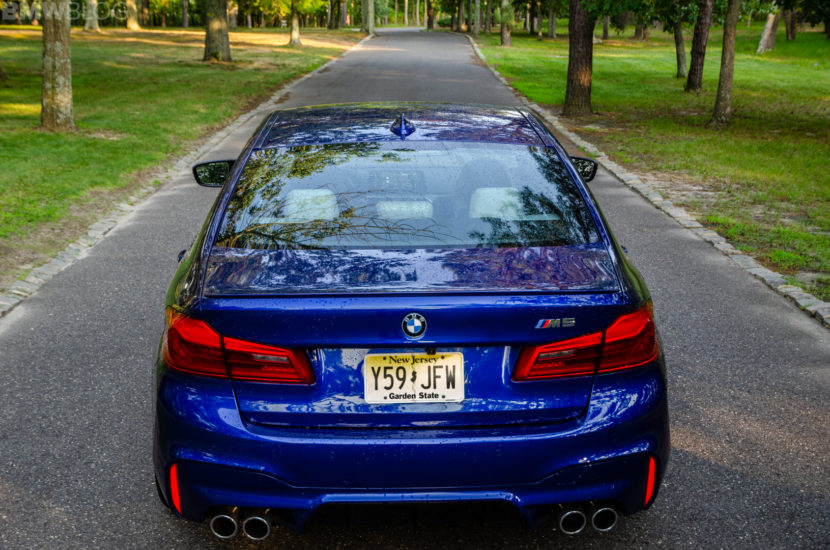 As for the roster we’re looking at here, let’s just say the M5 is in awesome company. As usual, there are underdogs here like the Kia Stinger GT, Honda Civic Type R and Audi TT RS. It’s not that they are slow, but compared to some other cars here like the McLaren 720S, Porsche 911 GT2 RS or the Huracan Performante, they just fade away. The M5, however, held its own against some rather tough competition.

It managed to finish 1 full second behind the McLaren but then again, the 720S is a proper supercar by comparison. The M5 was also just 0.3 seconds slower to cover the 1/4 mile than the 750 HP Corvette, but the Aston Martin Vantage was slower than the uber-sedan by 0.6 seconds while the Alfa Romeo Stelvio QV finished 0.7 seconds behind it with a time of 11.8 seconds.