Mercedes-Benz and BMW have been trading blows for decades. The two German companies nearly became one at a certain point, when Daimler almost bought the blue and white roundel car maker before a certain wealthy German individual got involved. The world has been better off with the two competing against each other and that ‘tradition’ endures to this day, as we’re about to take a look at how a BMW 540i lines-up against a Mercedes-Benz CLS 450 4Matic.

Yes, the two are not direct rivals since they appeal to different crowds. The car the 540i should go up against here is the E350 which is the closest thing to a rival the 540i has in the Daimler camp. There’s also the E53 AMG model but that’s more like something the M550i would take on, considering its power output. Getting back to the shootout here, the CLS450 is not a proper rival for the 540i because of its shape, not because of its power. 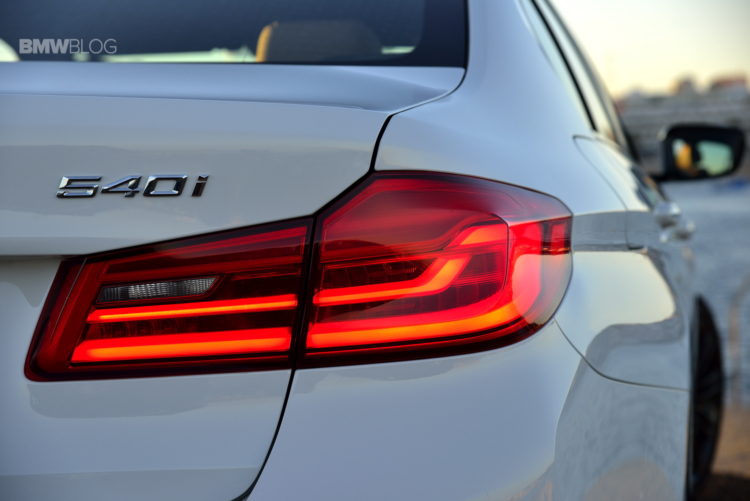 As you may know already, Mercedes decided to return to the inline-6 architecture for its engines not long ago. Therefore, the CLS 450 is now powered by a 3-liter straight six engine good for 367 HP and 500 Nm (369 lb-ft) of torque. Those numbers make it more powerful than the 540i which uses a similar engine but developing only 340 HP and 450 Nm (332 lb-ft) of torque. The Merc, thanks to its 4Matic AWD system claims an acceleration time of 4.8 seconds to 100 km/h (62 mph) while the BMW, being RWD, claims a 5.1-second dash.

That’s pretty much evident in the footage below, as the CLS accelerates faster to 100 km/h (62 mph) aided by its superior traction. This trend should’ve been kept up until the speed limiter kicked in normally, considering the higher output of the Merc’s engine. However, the lighter BMW catches up towards the end and even seems faster as speed piles up. Check it out.

One response to “Video: BMW 540i vs Mercedes CLS 450 4Matic Acceleration Comparison”