We recently spoke about how the online configurator for the new G05-generation BMW X5 was now live on BMWUSA’s website. So we played around with it and made our own X5s. Maybe even more exciting than that, though, is the fact that the online configurator for the BMW 8 Series is also live, and has been since about the same time as the X5’s. So we decided to play around with it and make our own 8 Series’ online, something that might actually be a first in history (as I’m not sure online configurators existed when the original 8 Series was at the end of its life cycle).

When it comes to models and trims, you don’t get a lot of options for the 8 Series just yet. As far as model variants, you can any you’d like as long as it’s the M850i. That’s the only one. And there are no trim levels to choose from.

That’s not necessarily a bad thing, as who doesn’t want a 523 hp 4.4 liter twin-turbo V8? Also, it looks angry, which is a good thing.

After you inevitably choose the M850i, your next choice is of color. BMW happily offers some pretty good colors, not just a black, white, silver and blue, as typical of BMW lately. There’s a Sunset Orange, two whites, three blacks (one is called grey but it’s basically black), a cool Sonic Speed Blue and the Barcelona Blue that we’ve seen so many times now. Personally, I chose Alpine White because I just think it looks the business in white. Plus, if a car looks good in white, it’s a good looking car and the 8 Series looks good in white.

As for wheels, I chose the Jet Black Style 728M wheels with non run flat tires because they look great and run flats are annoying.

While BMW actually offers a decent color palette for the exterior, its interior colors leave some to be desired. The interior color options are as follows: really dark blue, white, brown, cognac, red and all black leather. I chose all black because I just didn’t like any of the others. I’m also disappointed in the trim options. There’s a metal option, a “copper” wood option and a “grey metallic” wood option. I haven’t traveled the world very much but I’ve never seen a “metallic grey” tree. So I chose the metal one. I do have to say, I’m glad there’s no carbon fiber option. Carbon fiber trim looks and feels like plastic and it doesn’t belong in a car this expensive and luxurious.

As for options, I chose the Cooling and High Performance Tire package, which adds the stickier non-run flats and an auxiliary radiator as well as a larger transmission oil cooler, which is pretty cool to get. I also got the Comfort Seating Package (because who doesn’t like extra comfy seats?), a carbon fiber roof, glass controls and the anthracite headliner. 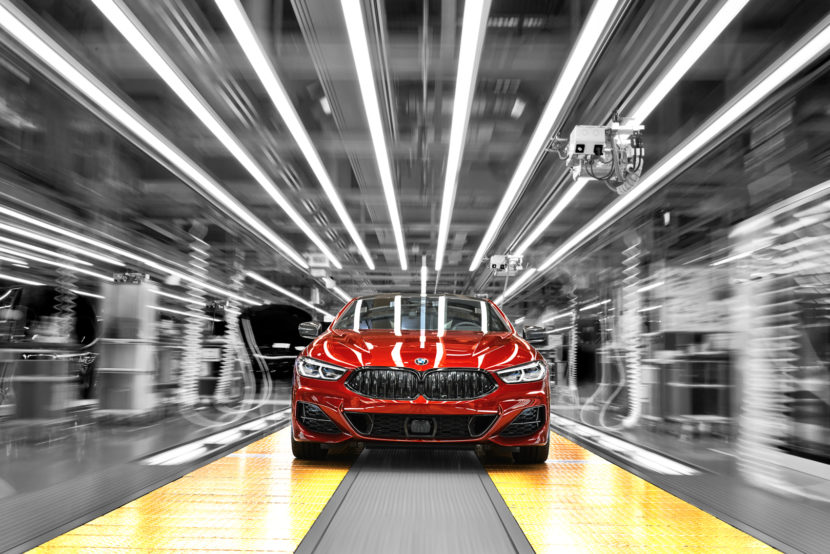 When all was said and done, my BMW 8 Series wore a price tag of $118,050. Not too shabby, considering it starts at $111,900. Considering how expensive the 8 Series is, the fact that there aren’t a ton of expensive options, and most equipment is as-standard is pretty impressive.