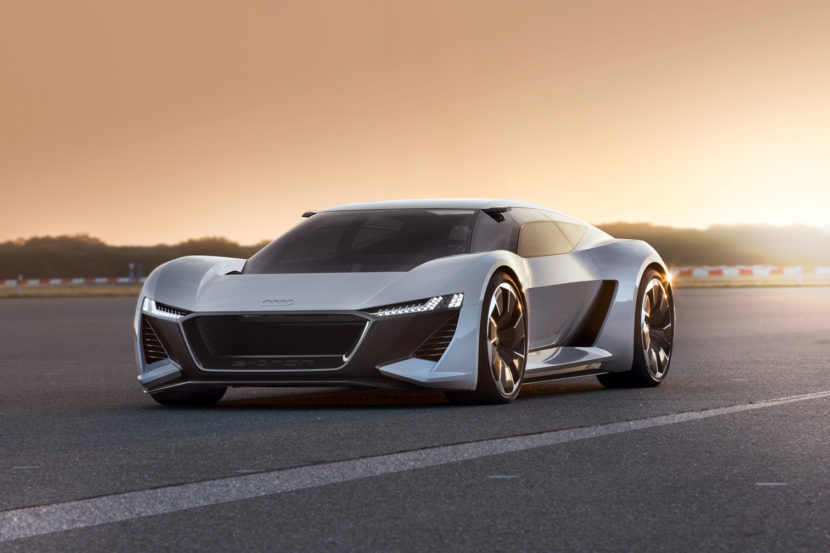 The Audi PB18 e-tron is heavily inspired by motorsport and Audi’s incredible success in Le Mans, with the famous Audi R18 LMP1 racer. Not only are its design and name inspired by motorsport but also its very essence. Internally, the Audi PB18 was known as “Level Zero”, due to the fact that it’s the antithesis of autonomous driving. So rather than having Level 1, 2 or 3 autonomy, it has none. In fact, the driver is the center of everything in the PB18. 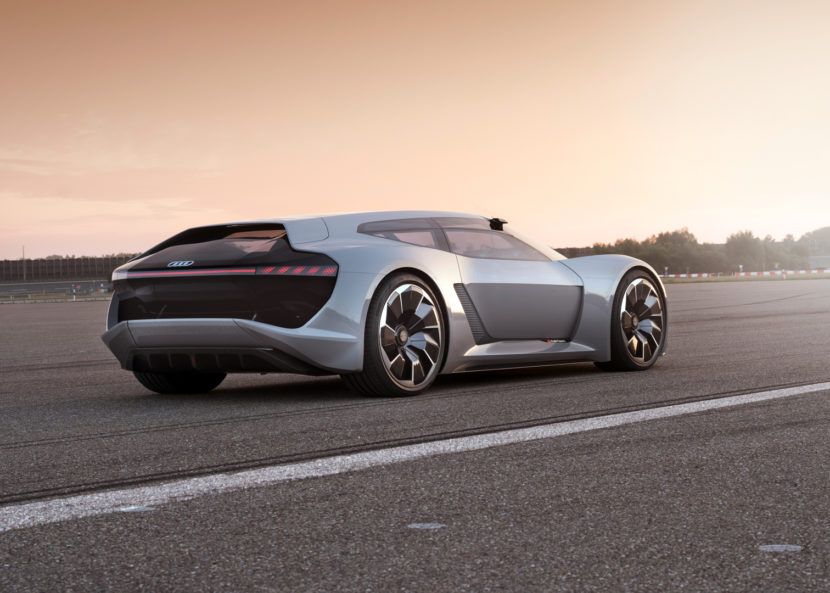 That’s because the driver’s seat can be positioned in the center of the car. It starts off in its normal driving position, on the left side of the car, which allows for a passenger to ride shotgun. However, if the driver lacks a passenger, they can slide the driver’s seat to the right, into the center of the car, and the fly-by-wire steering wheel and pedal box slides with it. So you can have the best of both worlds, which is really quite awesome.

“We want to offer the driver an experience that is otherwise available only in a racing car like the Audi R18. That’s why we developed the interior around the ideal driver’s position in the center. Nevertheless, our aim was to also give the PB18 e-tron a high degree of everyday usability, not just for the driver, but also for a potential passenger.” said Gael Buzyn, Head of Audi Design Loft in Malibu, California.

The monocoque and body of the PB18 are made from a mix carbon fiber, aluminum and other composites to keep weight as low as possible. Combine its lightweight materials with a light solid-state battery and you get a curb weight of 1,550 kg (3,417.2 lb). It also features a low center of gravity, which is also behind the driver and in front of the rear axle, which is ideal in a sports car.

Powering the Audi PB18 e-tron are three electric motors, two at the rear axle and one at the front axle. The two at the rear combine to make 469 hp and the one at the front makes 201 hp. Total combined maximum power output is 670 hp and 612 lb-ft of torque. Though with boosting, it can temporarily make 764 hp. According to Audi, the PB18 e-tron is capable of 0-62 mph in just a hair over 2 seconds. That could make it the fastest accelerating production car ever made, if it were actually a production car. 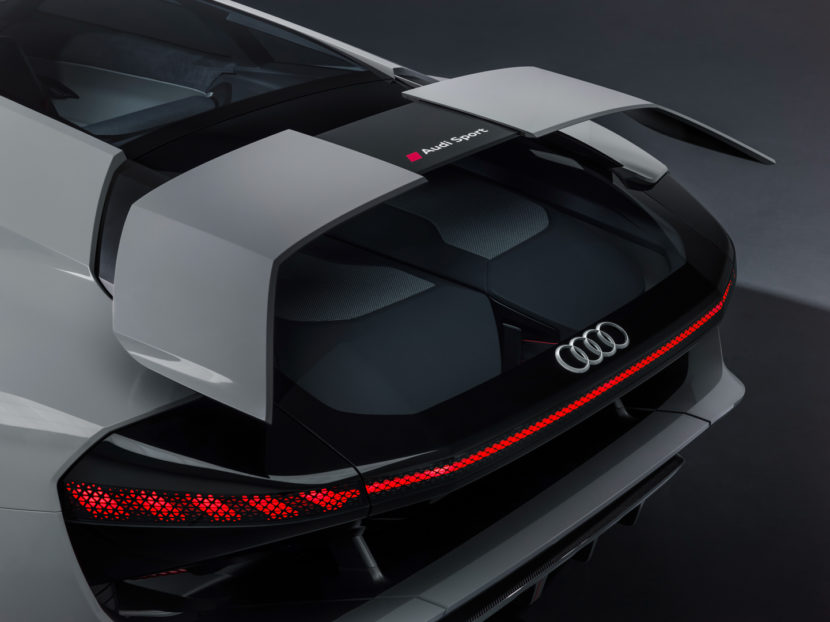 Audi also claims that its 95 kWh battery can provide 310 miles (500 km) of range on the WLTP cycle. It also gets 800-volt charging capabilities (likely borrowed from the Porsche Taycan) and wireless inductive charging. Audi claims that with 800-volt charging it can fully recharge in 15 minutes.

Admittedly, this is just a concept car, so even if it does become a production car, it’s not likely to keep those impressive specs. Though we do actually expect it to reach production eventually. The Audi R8 is set to be killed off in 2020, so Audi will need another supercar and, with its e-tron brand gaining traction, it wouldn’t surprise us if Audi replaces the R8 with something all electric. We just hope it still makes 670 hp…