There are a few modern-ish cars that are going to hold their value incredibly well, with some of them even appreciating. One such car is the E39-generation BMW M5, a car developed from 1998 to 2003, which is now fetching six-figure price tags for really pristine examples. At the Gooding & Co. Car Auction in Pebble Beach, an absolutely perfect 2002 BMW M5 will fetch between $140,000 and $180,000, up from its original $75,000 msrp.

That’s a massive markup from the original sticker price. Even more interesting is the fact that if you were to check Kelly Blue Book, the E39 M5 is worth less than $20,000. So why does it fetch so much money at auction and why are so many enthusiasts willing to spend top dollar on it?

Well, all of the reasons are subjective and emotional. The E39 BMW M5 is often considered to be the best M5 of all time, and possibly the finest sport sedan of all time, due to its near-perfect balance between composure and compliance, a magnificent 4.9 liter naturally-aspirated V8 and understated good looks. It also sports steering feel, chassis dynamics and playfulness that have been unmatched since.

It also has a bit of star power (pardon the pun), thanks to the now-famous BMW Films short “Star” featuring Madonna as a cranky superstar in the backseat of an E39 M5 being driven by Clive Owen’s kick-ass Driver. BMW fans are well aware of this short film, BMW fans love this film and BMW fans will pay top-dollar to have the car from the film.

This specific car is almost absurdly fresh. The owner of it, a man in Rancho Santa Fe, California actually bought two brand-new. He drove one and kept the other in a climate controlled garage until now. It has 437 miles on it and still has the license plate bracket wrapper. It’s as if the owner took delivery of it, put it on a flat bed and stuffed it in this garage for all these years. 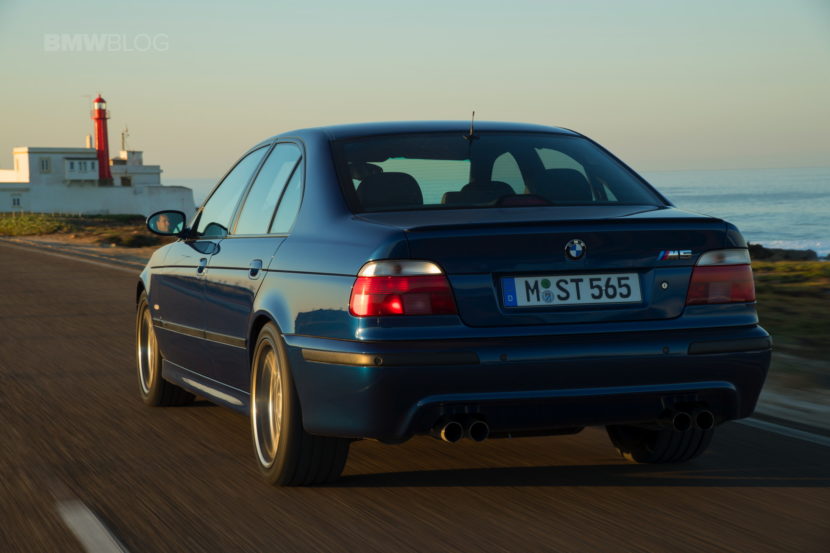 We all love the E39 BMW M5 at BMWBLOG. Would we spend Porsche 911 GT3 money on one? Probably not. But it’s still an awesome car.