Alongside the BMW M2 Competition’s launch in Spain, the BMW M5 Competition also made its debut to journalists. Our own Horatiu was in Spain to drive both and has since posted his thoughts on them. However, our friends at BimmerToday also had the chance to drive both and also talk to BMW M CEO Frank van Meel. We already covered BT’s interview with van Meel about the M2 Comp but now they’ve released what he had to say about the M5 Competition. (Again, the interview had to be translated from German and it’s not perfect so I won’t be directly quoting).

One of the more interesting aspects of the BMW M5 Competition is the fact that it’s launched so soon after the standard M5. The Competition Package BMW M3 and M4 took a couple of years to debut. So why the rush with the M5? BimmerToday asked van Meel and his answer was simple — demand. According to van Meel, 50 percent of all BMW M3s and M4s sold are Competition Package cars. The demand for a sharper, more focused M car is there so why wait? 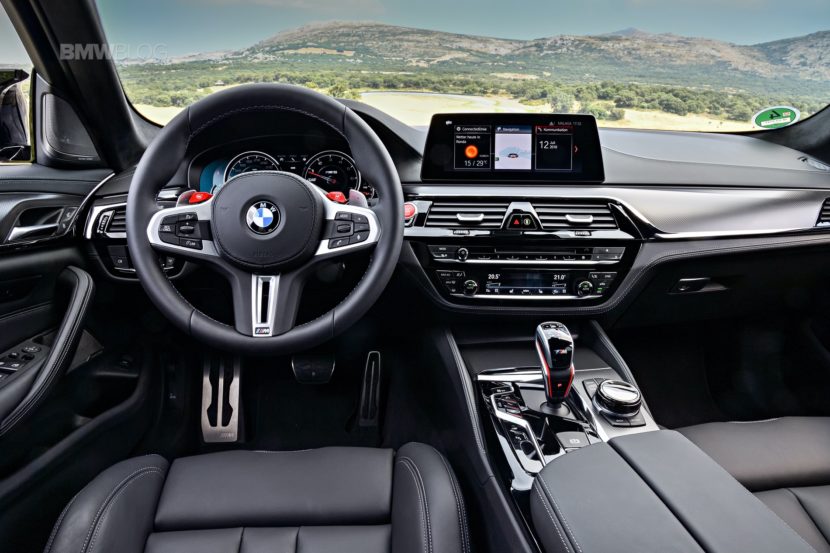 Some enthusiasts might not see the value in the M5 Competition over the standard car, as it’s only 25 hp more powerful. However, as van Meel pointed out, it’s more of an overall package upgrade. The power bump is small but its torque band is wider, its chassis and suspension are sharper and more focused and even the xDrive all-wheel drive system and rear differential have been optimized. So its extra spice is noticeable in every aspect of the car, it’s a cohesive performance package.

van Meel also notes that the M5 Competition Package will be more popular in certain markets. For instance, in German and the U.S., where roads are largely smooth, customers will find the Competition version’s extra performance worth the stiffer ride. But customers in the UK or Spain likely will not.

He also left the idea of an even more aggressive M5 open. When asked if there would be a more extreme version, something akin to the ‘CS’ variants of the M3 and M4 which sit atop their own Competition Packages, van Meel simply said that BMW M keeps all options open but has no definitive plans at the moment.

I won’t spoil the whole interview as you should go over and read it yourself. But the BMW M5 Competition remains one of the very most exciting BMWs on sale today and will continue to be for years to come.