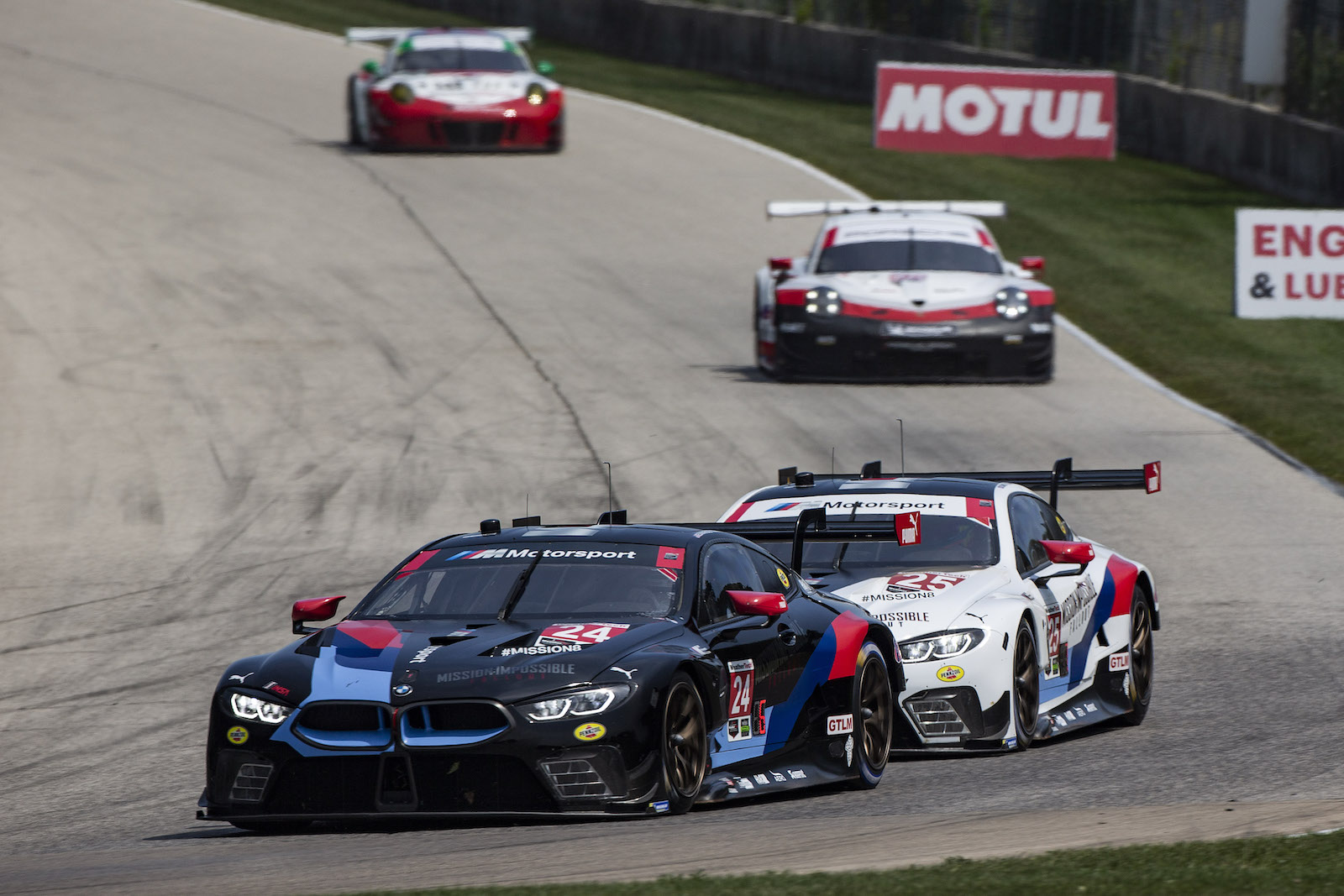 The results for BMW Team RLL in today’s Continental Tire Sports Car Showcase at Road America belie an effort that came within minutes of delivering the first victory for the BMW M8 GTE. Taking over the lead on lap 42 with one hour remaining, Connor De Phillippi, driving the No. 25 BMW M8 GTE, looked to be a winner until minutes from the checkered flag. Although indicated as full of fuel on the last pit stop, a refueling system issue did not in fact fill the car and De Phillippi was halted on track just before the white flag flew.

The No. 25 BMW M8 GTE of De Phillippi and Alexander Sims ultimately finished sixth, two laps in arrears of the GTLM class winning No. 67 Ford GT. After a very strong day, the No. 24 BMW M8 GTE of John Edwards and Jesse Krohn was forced to retire from the race with a mechanical issue on lap 52 and was credited with an eighth place finish. 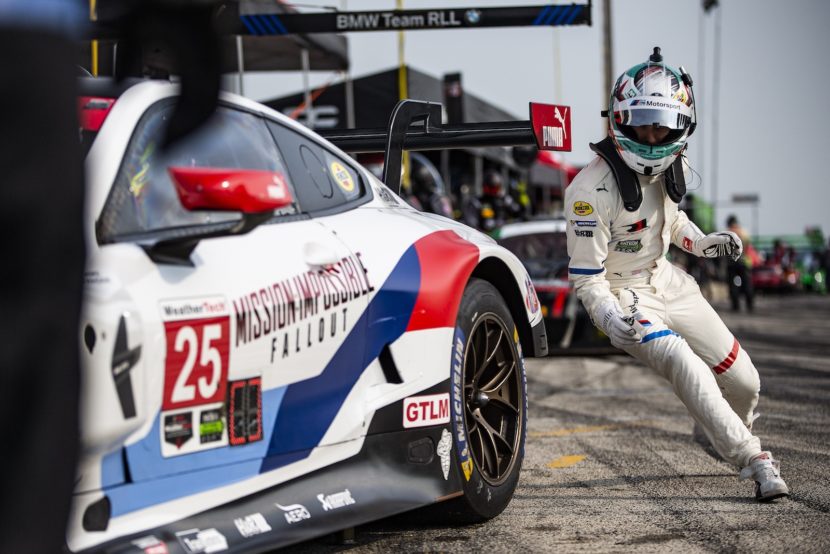 Bobby Rahal, Team Principal said, “The No. 25 car must be a little askew in the fuel tank. It looked like there was enough during the last pit stop, but there just wasn’t. It’s tough to be that close to winning the race, but we leave knowing we’re competitive.”

Connor De Phillippi, driver No. 25 BMW M8 GTE (P6): “We led a large portion of the last stint, but with two laps to go, I had a stumble and coming into the last corner just ran completely out. I wouldn’t say I am disappointed because the guys put in so much hard work, but we did not get the result we deserved.”

Alexander Sims, driver No. 25 BMW M8 GTE (P6): “The car was handling nicely and the guys were doing a great job, but – plain and simple – this was a tough way to lose.”

John Edwards, driver No. 24 BMW M8 GTE (P8): “We were quite competitive today and once again had a mechanical issue, so it’s really disappointing because I think we had a sure spot at a podium and potentially a P2.”

Jesse Krohn, driver No. 24 BMW M8 GTE (P8): “Early on in the race it looked good. We were able to keep up with the pack and even fight for position, but ultimately it wasn’t our day.

The No. 96 Turner Motorsport BMW M6 GT3 of Robby Foley and Markus Palttala finished fourth in the GTD class after being punted out of a podium position in the final minutes of the race. 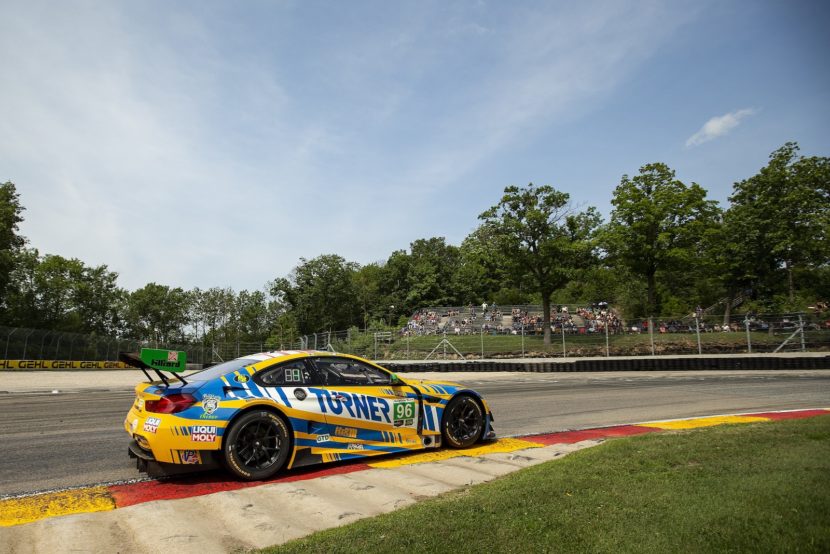 BimmerWorld Racing drivers Nick Galante and Devin Jones took the Street Tuner class victory in yesterday’s Continental Tire SportsCar Challenge Road America 120. The duo drove the No. 81 BMW 328i to the top of the podium for the third time this season to extend their lead in the driver points standings. In the Grand Sport class, the two

BMW M4 GT4s – the No. 82 and No. 19 cars – campaigned by the BimmerWorld Racing and Stephen Cameron Racing – finished ninth and tenth.

The Michelin GT Challenge at VIR will take the green flag at 1:35 p.m. ET on Sunday, Aug. 19. The first hour of the race be broadcast on FOX Sports 1 beginning at 1 p.m.

ET with the final one-hour-and-forty minutes broadcast on FOX Sports 2. Follow BMW Team RLL on Twitter at @BMWUSARacing for updates all weekend.