If you want to own a luxurious car but don’t have the funds, find yourself an used Rolls Royce online, drive down to your bank and ask for a loan. Then wait patiently as the bank manager tries really hard not to laugh, before finally giving in and then laughing in your face. The reason they’d be laughing is that taking a loan out on a used Rolls Royce is probably the worst financial/automotive idea of all time. Tyler Hoovie understands that. Yet did it anyway.

Hoovie does this regularly with cars, buying the cheapest possible exotic or luxury car in America and documenting its ensuing, hilarious catastrophes. However, I don’t think he’s ever undertaken such an ambitious automotive adventure as this. He just recently bought a 2005 Rolls Royce Phantom, which was the cheapest Phantom in the ‘States, for about $80,000. And, of course, it has some issues.

Immediately upon switching the big Roller on, it already had two issues. One was a warning light for the self-leveling air suspension, although they couldn’t see what was wrong with it as the shocks seemed fine (it likely just won’t self-level), and the other was the iDrive screen which glitched out the moment it turned on. Ouch. After buying it he also realized that its window regulators weren’t working properly. 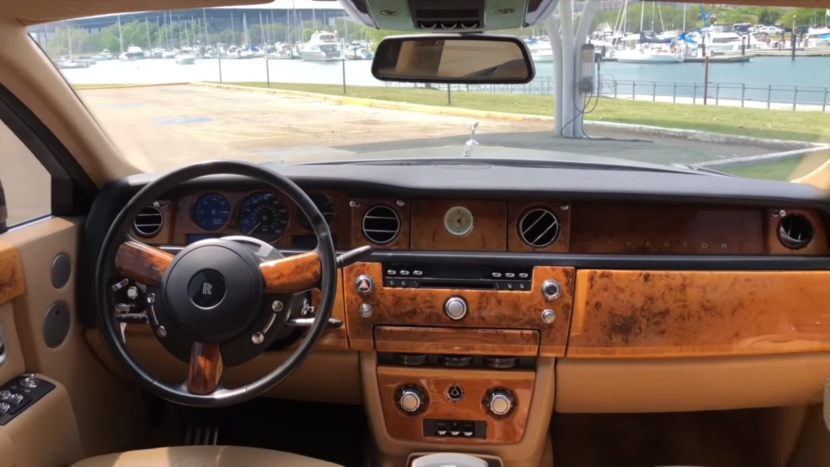 However, it seemed to drive fine, with the usual opulence of a Phantom, and the engine seemed to be in good working order. So at least mechanically it seemed okay. Thankfully, what makes the Phantom VII so luxurious is old-school build quality, rich leather and fine woods. That way, not a lot of what make the Phantom so special can break. Modern luxury cars are going to be nightmares in the future, with all of their fancy tech features.

At the end of this video, Hoovie thanks his audience for watching his videos, as that’s ultimately what pays for him to do make such silly purchases. Although, his viewers should be thanking him for taking such huge financial risks to make entertaining videos. He could easily just borrow other people’s cars and make videos with them, pointing out the oddities of a car he never has to see again.