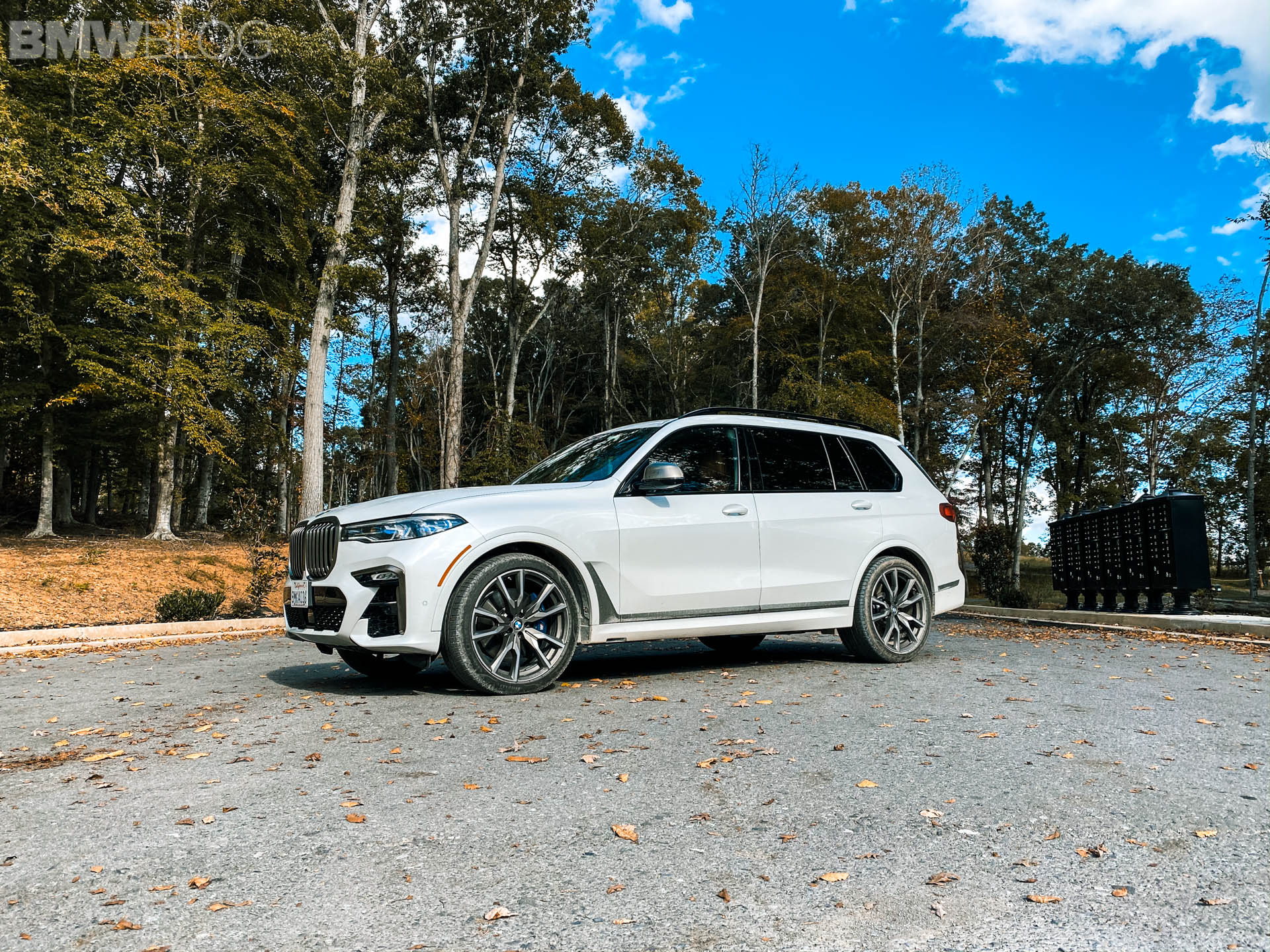 In November of this year, BMW will finally unveil the production series X7 SUV. The seven-seater luxury truck was previewed late year through the Concept version and later on was driven by journalists from around the world in its pre-production form. Today, through a series of patent images, the upcoming X7 shows off its future design.

With room for up to 7 people, the largest SUV BMW ever made will be tall and wide. Therefore, offering the best proportions might make or break the car once it comes out. Considering its size, the kidney grilles up front are large enough to keep up with the rest of the car’s body. Going too small would’ve altered the geometry of the front end. It’s the same story round the back where the thin, wide taillights help emphasize the car’s width.

Two large air intakes will remind us of the grandiosity of this luxury SUV while the side view emphasizes the spaciousness found inside the cabin. The X7 measures 5100mm in length, 2020mm in width and 1800mm in height, about 200mm longer, 80mm wider and 40mm higher than the X5. Its wheelbase is 76mm longer than the X5 at 3010mm.

While there will be a few different powertrains available for the BMW X7, the most popular one will likely be the X7 xDrive50i, which comes with a 4.4 liter twin-turbocharged V8 engine. That twin-turbo V8 will come with 340 kW (455 hp), according to this spec sheet. That’s to be expected, though, as this engine is quite ubiquitous. Still, though, that’s a hefty amount of power for a non-M model SUV. That engine will be mated to an eight-speed automatic, of course, and power all four wheels, via xDrive.