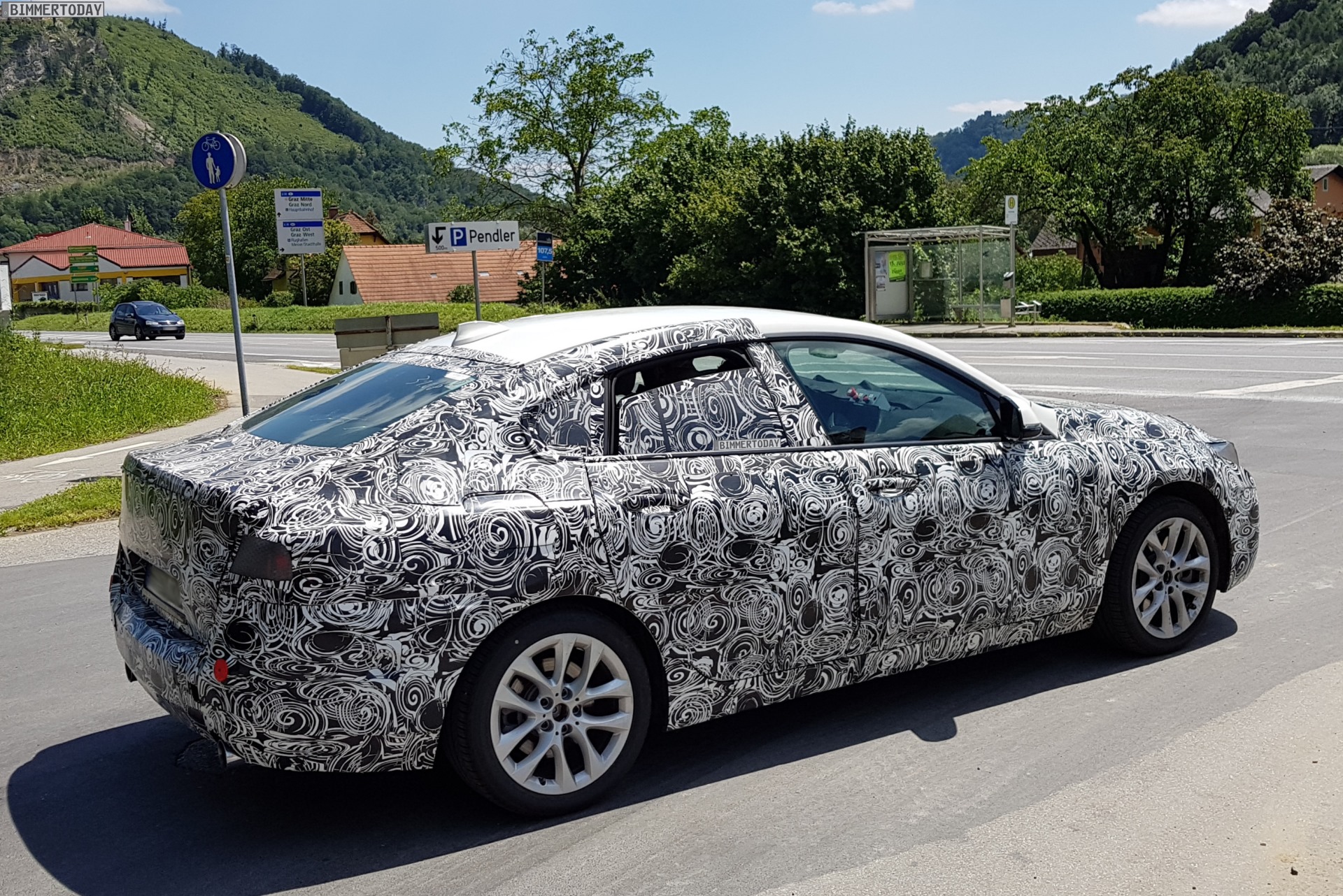 After a lengthy hiatus, the BMW 2 Series Gran Coupe prototypes are back on the street for more development testing. The F44 four-door coupe was spotted by Bimmertoday in Austria sporting the usual BMW camouflage. The 2 Series Gran Coupe was in a convoy with an X5 G05 and a 3 Series G20, and in order to show the size differences or similarities, we included both in the gallery below.

Despite the heavy camouflage, there are some differences that identify one of the two prototypes as a BMW 2 Series Gran Coupe F44. Striking is the slightly steeper hood, the flowing roofline with a shorter tailgate and the size difference of the boot. The G20 prototypes have a completely different transition from the bonnet to the A-pillar and differently designed exterior mirrors. 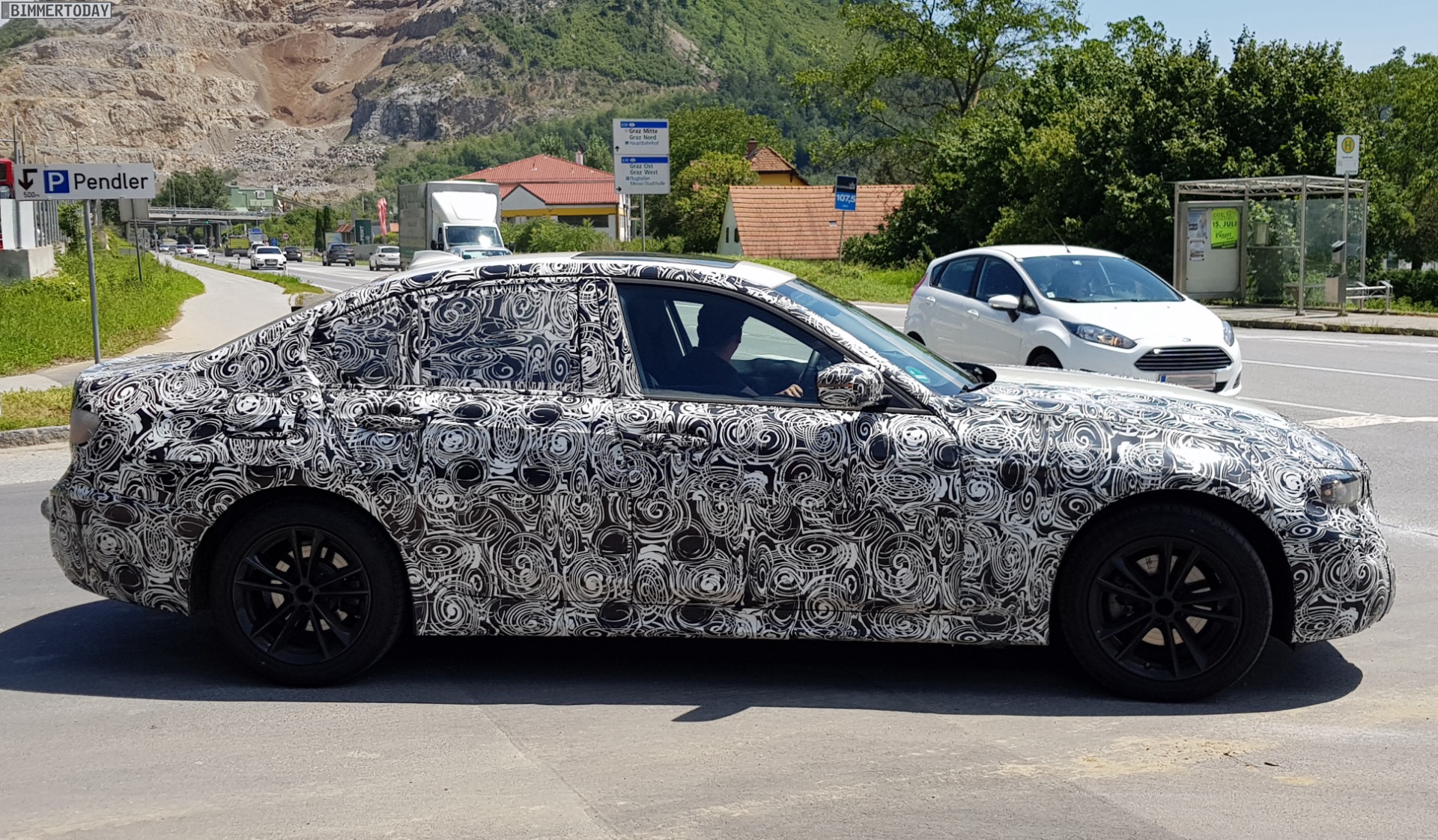 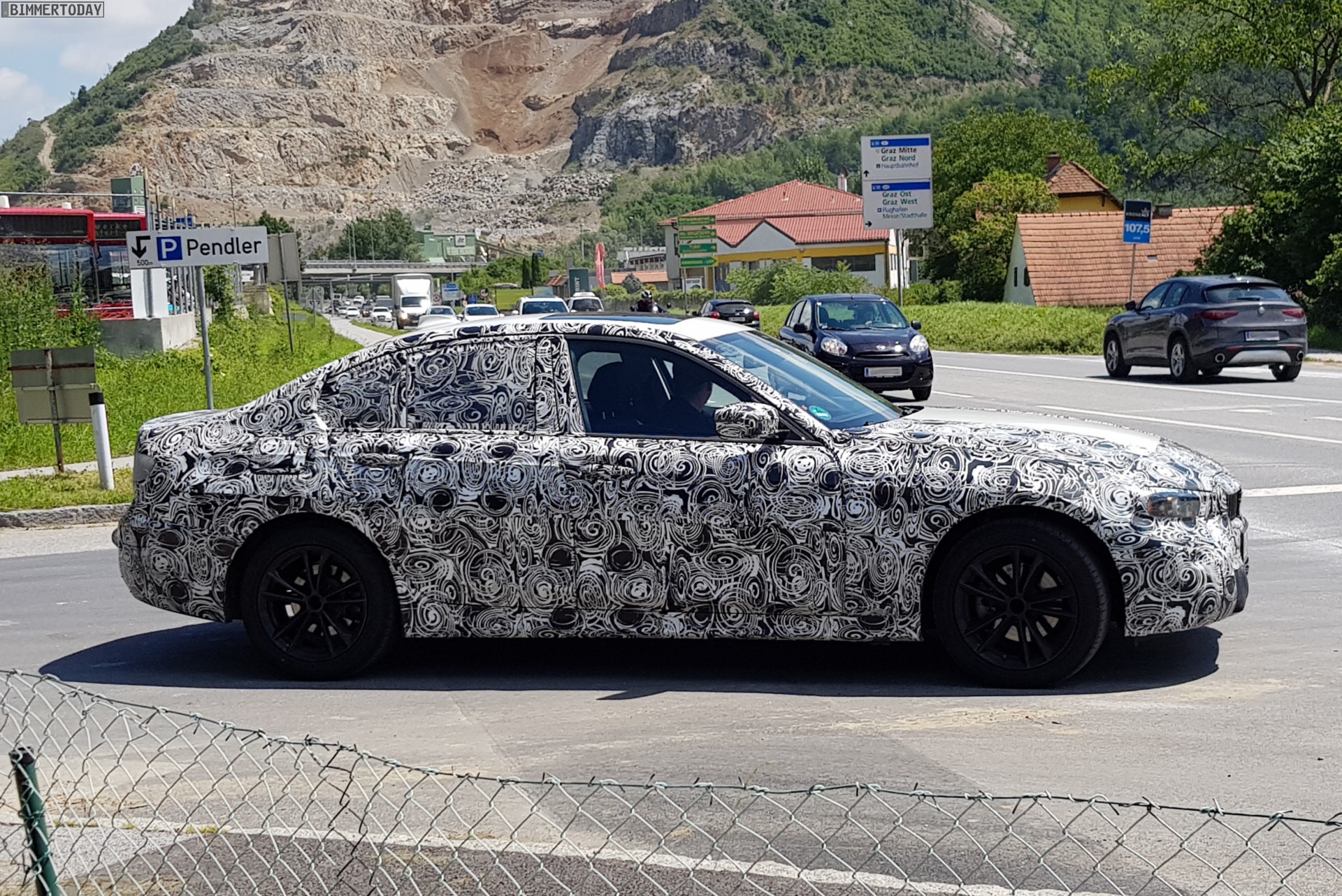 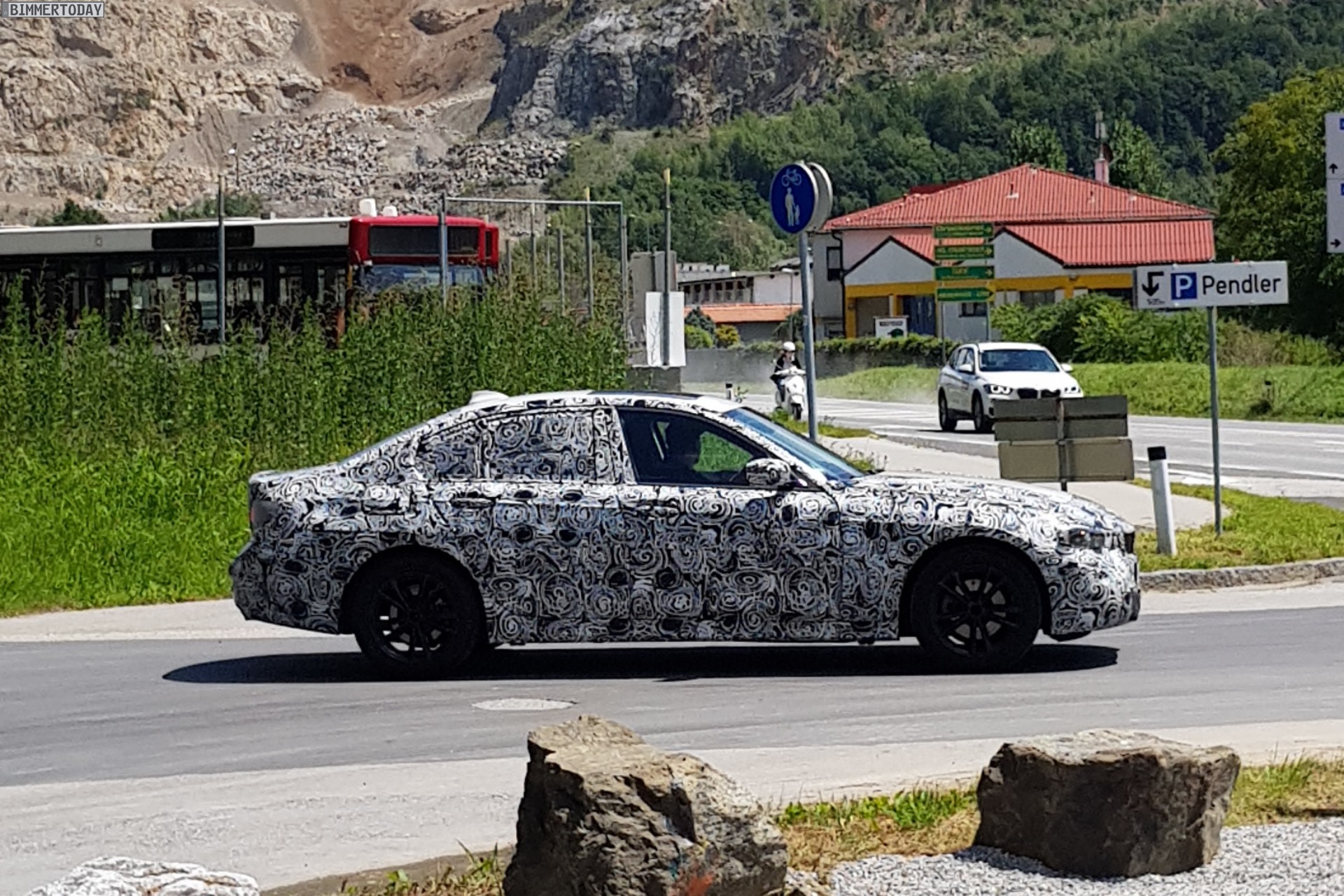 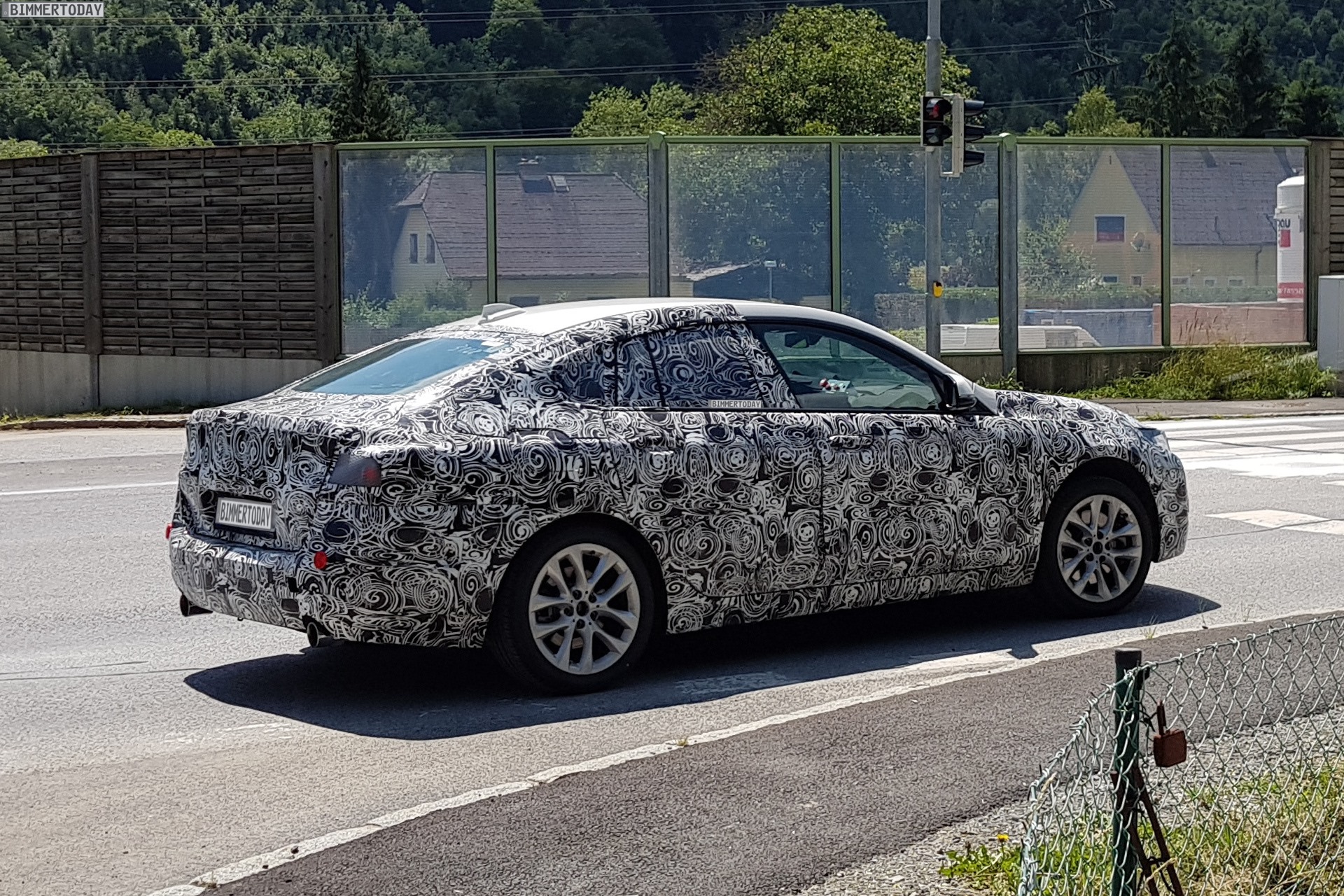 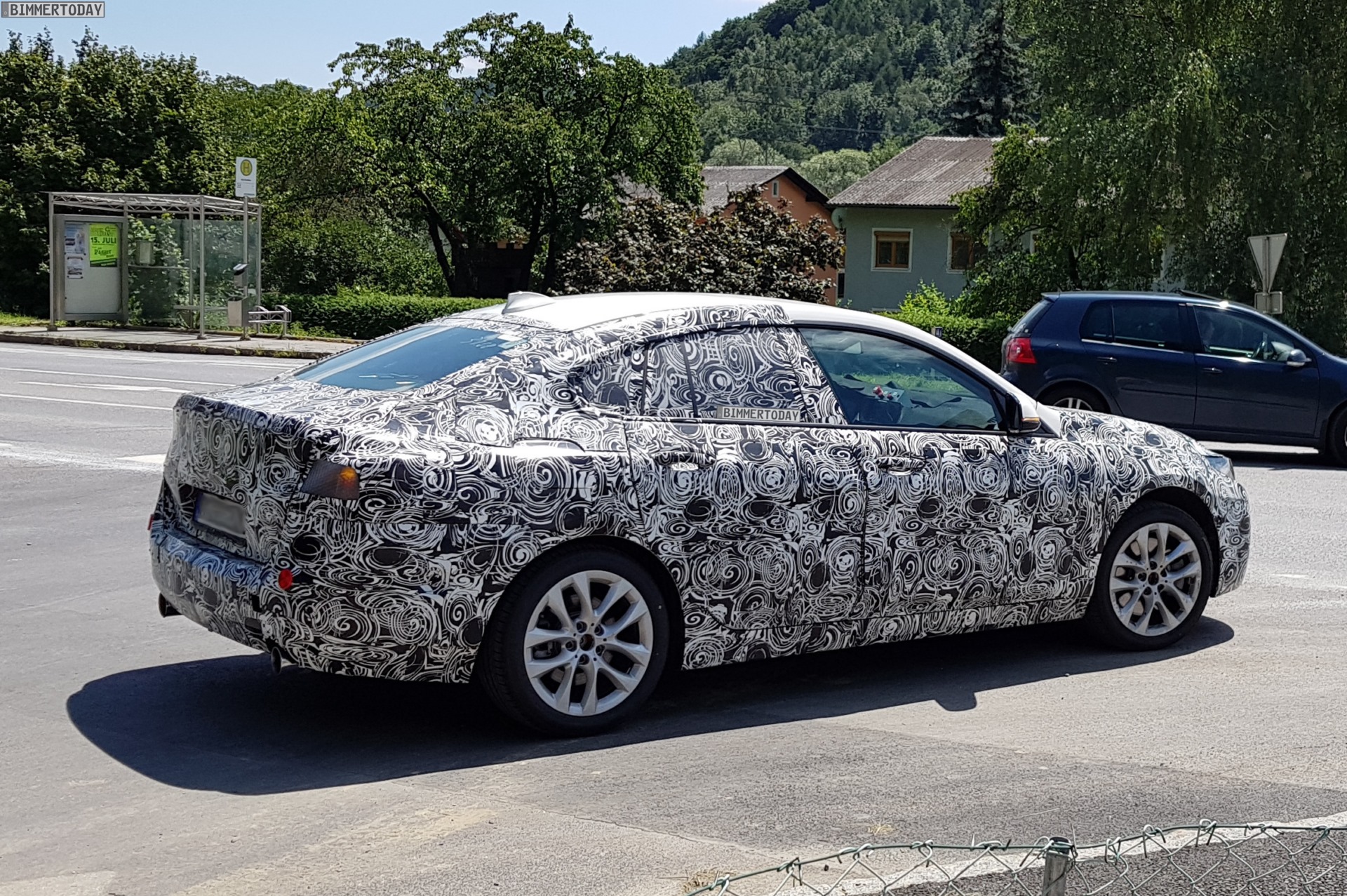 From 2019, the BMW 2 Series Gran Coupé will be a viable alternative to the BMW 1 Series Sedan F52, which was developed primarily for China. Although both vehicles are based on the UKL architecture for vehicles with front-wheel drive and form a compact notchback sedan, they should be significantly different – not only in the higher-quality interior of the 2 Series, but also in terms of driving dynamics.

Engines with three and four cylinders drive the BMW 2 Series Gran Coupé, and in addition to the front-wheel drive, it will, of course, offer the all-wheel drive xDrive. As with the 2 Series Active Tourer and Gran Tourer, as well as X1 and X2, this is accomplished with a Haldex-V coupling which is able to change the force distribution before a loss of traction. If the electronics recognize that a load request soon leads to excessive demands on the front wheels, the force distribution is already preemptively changed.

If you look closer, you can also see a freestanding infotainment display in the center of the dashboard. Apart from that, the cockpit remains hidden.

The rivals in the segment of the BMW 2 Series Gran Coupe include the Mercedes CLA and of course the Audi A3 sedan. The two rivals also stand on a front-wheel drive architecture.

Our sources says that the 2 Series Gran Coupe and the upcoming 1 Series will get an M Performance version. On the US market it will be the BMW M235i xDrive Gran Coupe and it will use a 2-liter 4-cylinder turbocharged B48 engine good for some 300 HP. It will be available solely with xDrive and an automatic, Aisin-sourced transmission.

The production will kick off in July 2019 and all cars will come with the M Sport configuration as standard. This includes a more muscular body, a non-adaptive, extra stiff suspension, M Sport brakes, steering rack and 18″ wheels. Sport seats will come as standard while M Sport ones will be offered as an option.