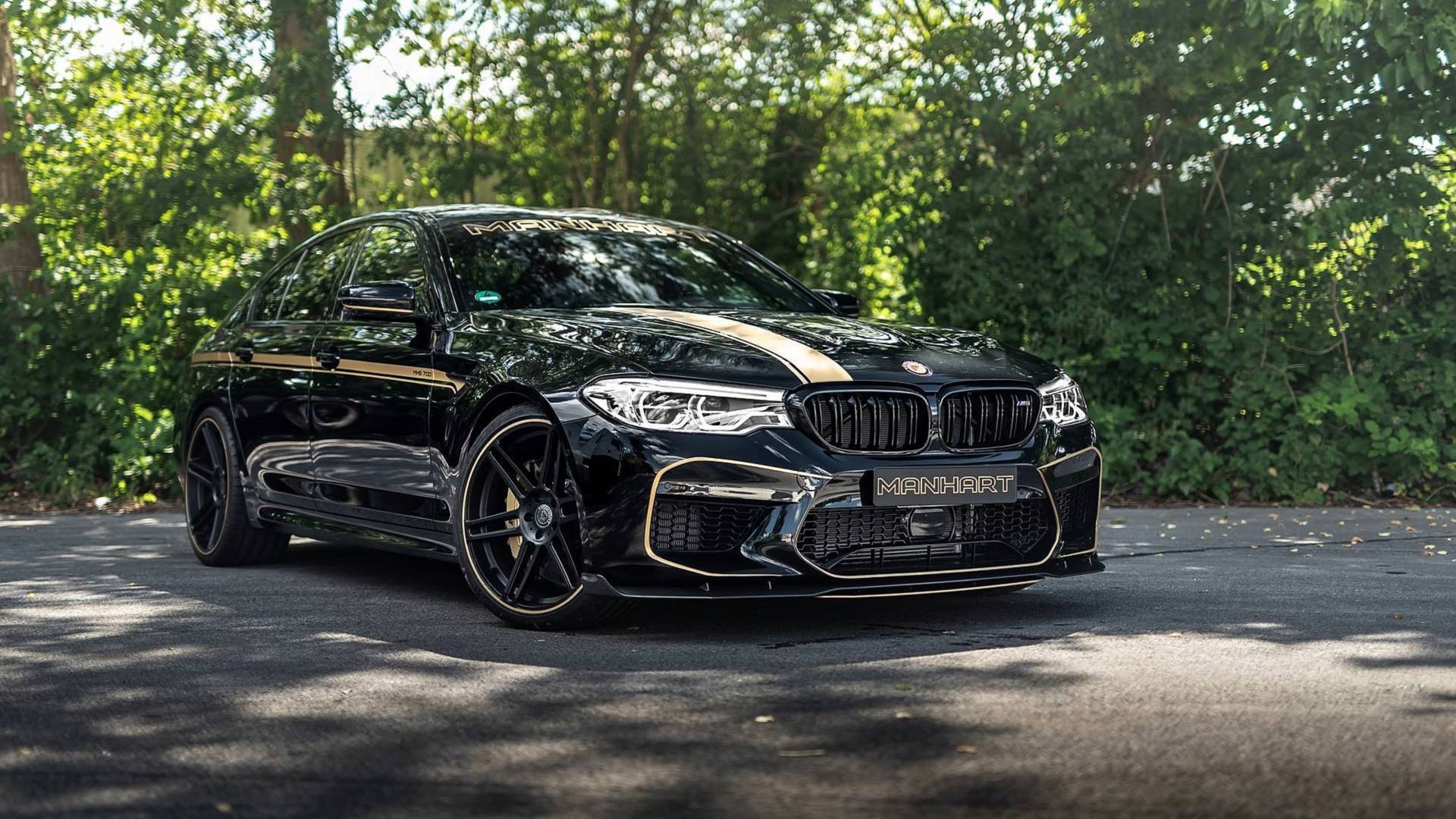 The guys from Manhart Performance seem to be among the first tuning companies out there to provide a full kit for the newly launched BMW F90 M5. The guys recently published a set of photos and a short video showcasing the uber-sedan in their ‘clothes’ and with a couple of performance upgrades under the sheet metal as well. That said, let’s take a closer look at what the German tuner managed to pull off here.

Right from the bat we get to learn that their take on the M5 has no less than 713 HP and 642 lb-ft (870 Nm) of torque, which is absolutely crazy. That’s an increase of over 100 HP compared to the standard M5 and nearly 100 more than the Competition model. The tuner didn’t release the acceleration figures just yet but, since this time round we’re dealing with an all-wheel drive model, it’s easy to assume that it should be close to 3 seconds flat. 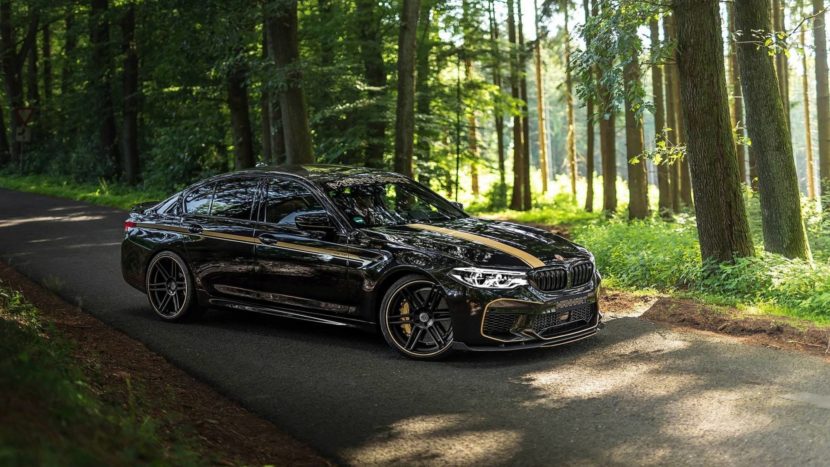 The tuner also gave the car a visual upgrade to live up to the MH5 nameplate, the usual Manhart acronyms for enhanced M cars. The new MH5 wears carbon fiber nearly everywhere, from the front end to the back. Up front you’ll notice a new splitter with gold accents and fins on the sides while round the back a massive diffuser dominates the rear bumper. Up on the boot lid you’ll notice a new carbon fiber spoiler as well.

The tuning shop also installed a new set of their own Manhart 21″ forged wheels along with a new exhaust to bring the sound of the 4.4-liter twin-turbo V8 up and into focus a bit more. While we’re patiently waiting for the top speed figures and the acceleration numbers, the videos below offers a small glimpse of how bonkers this M5 really is. 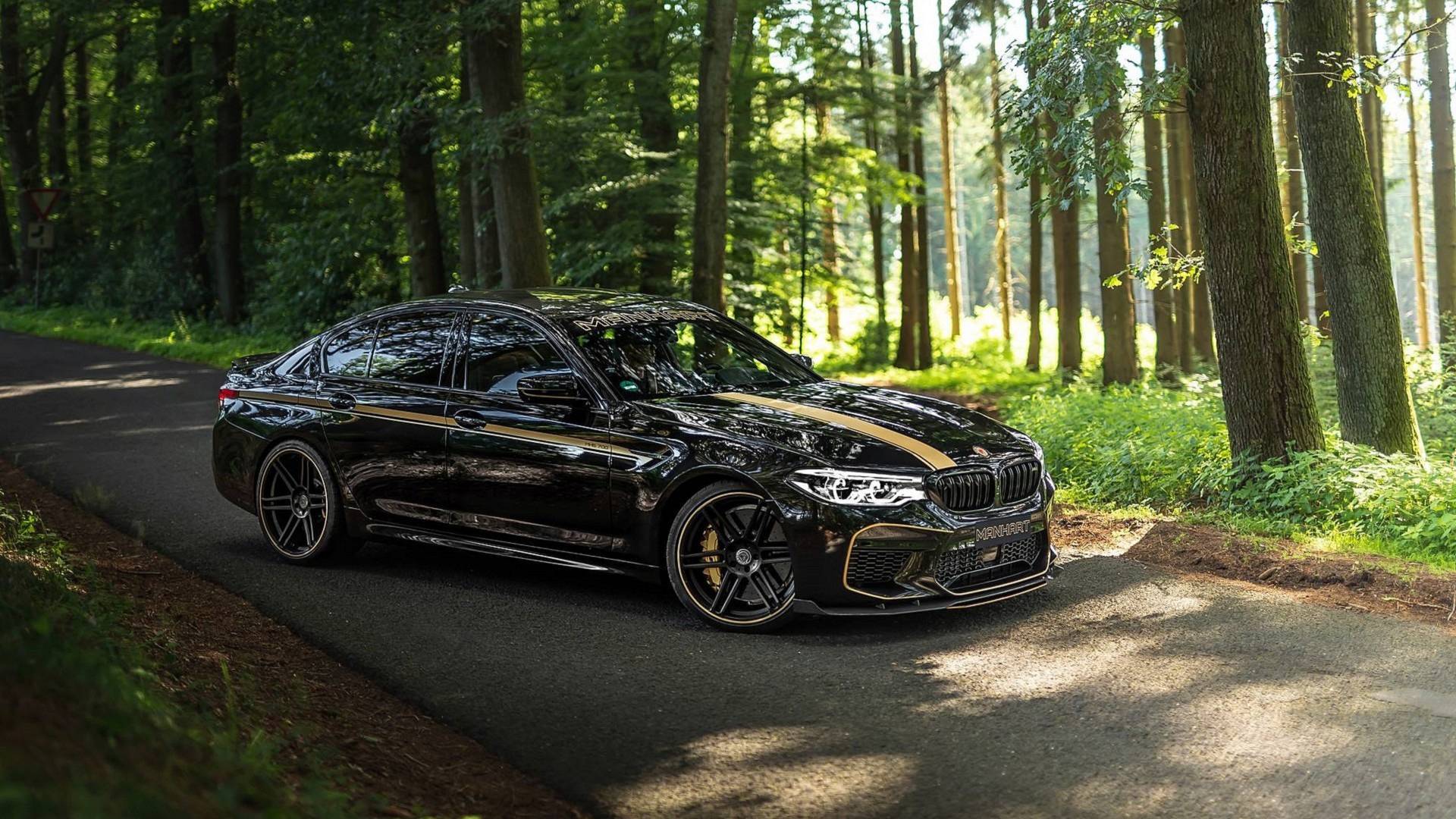 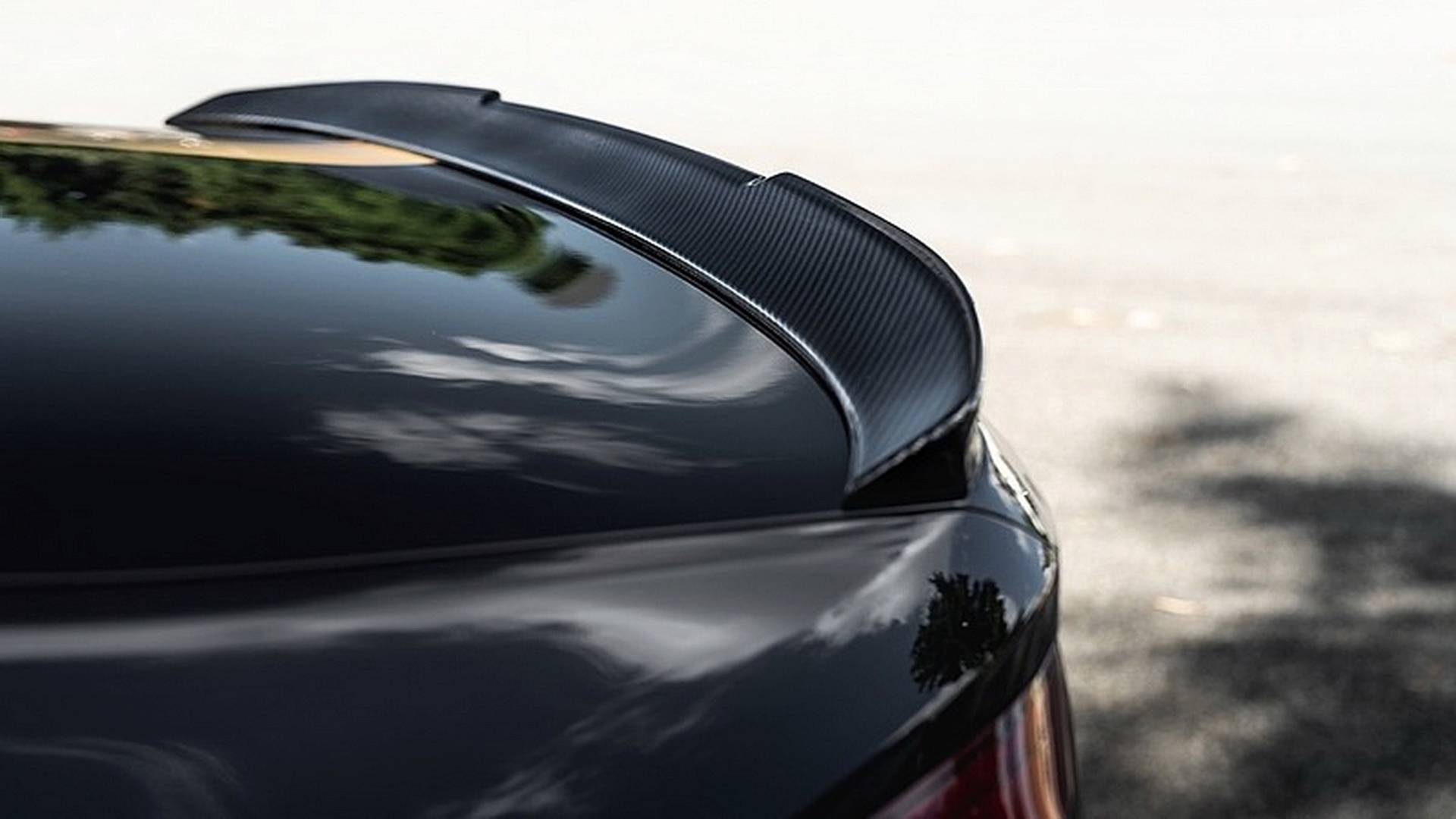 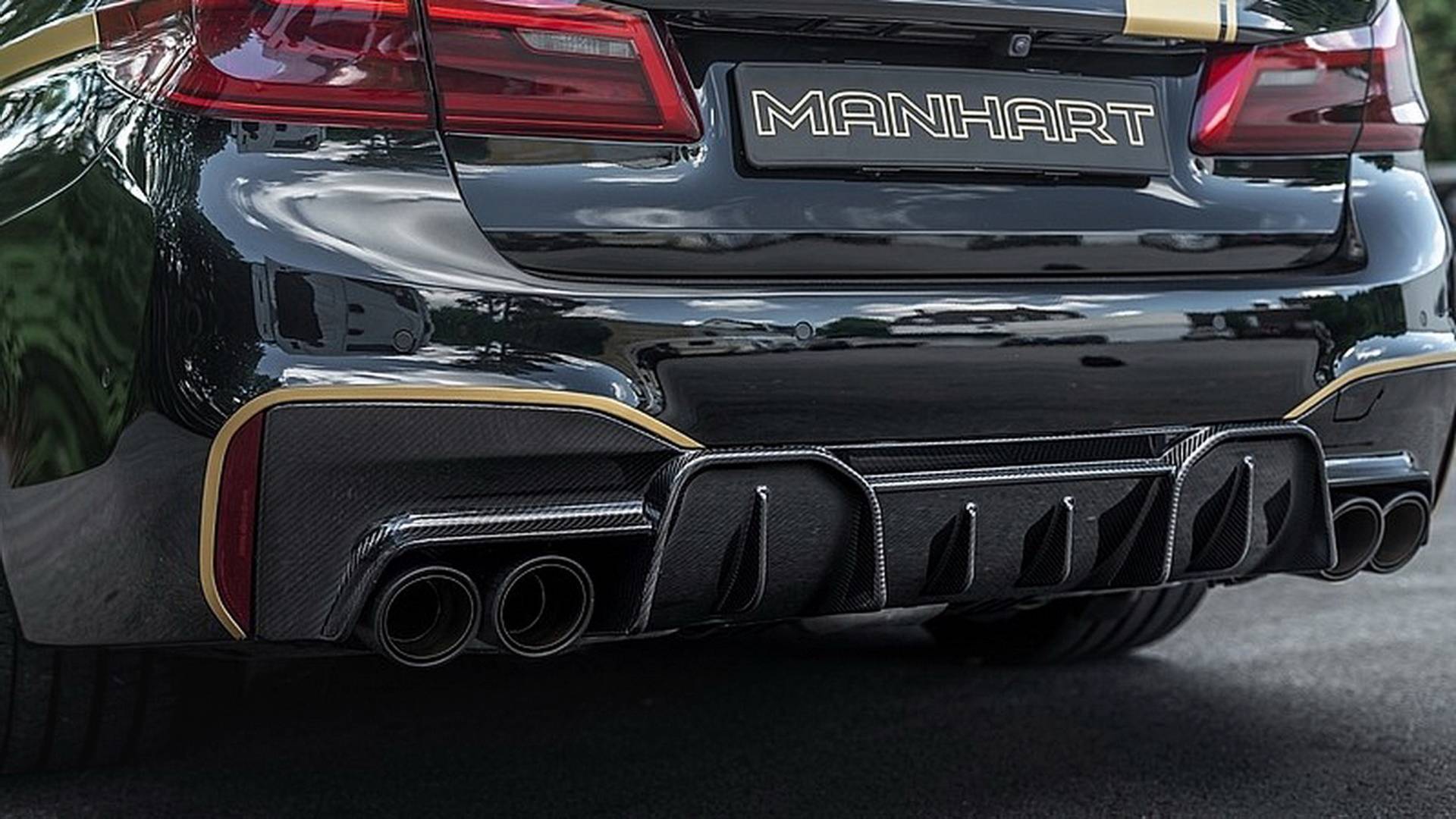 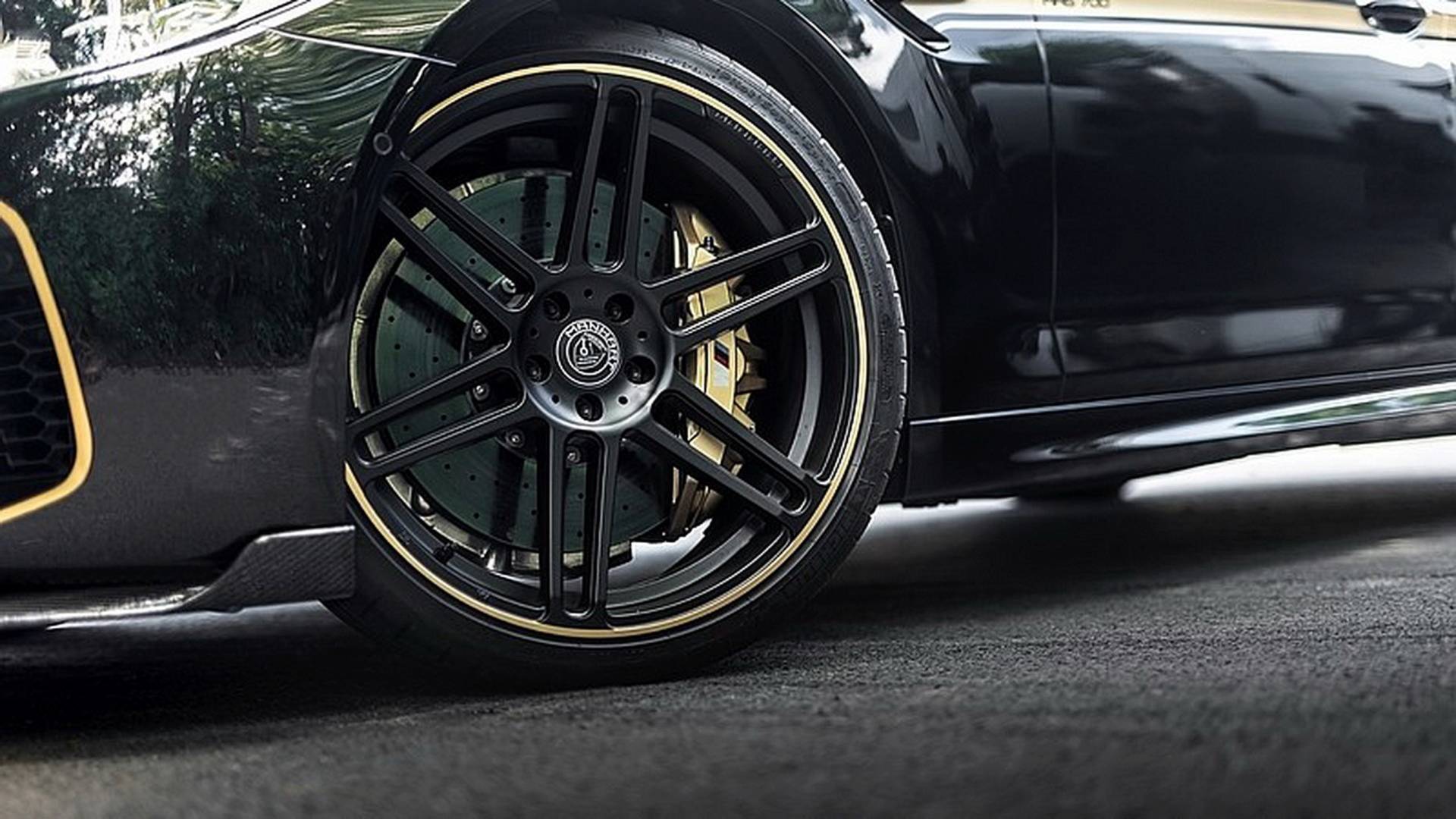 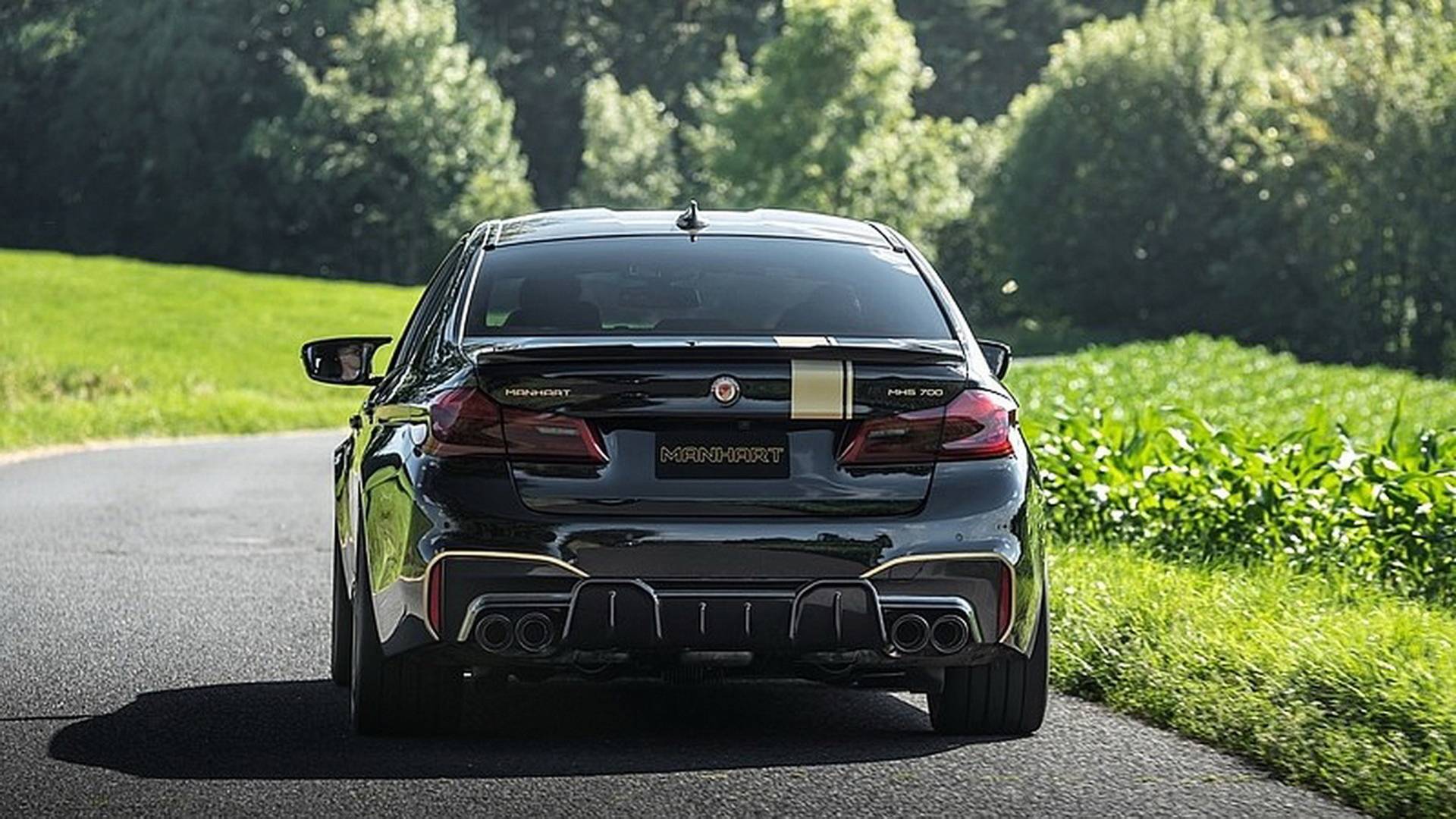 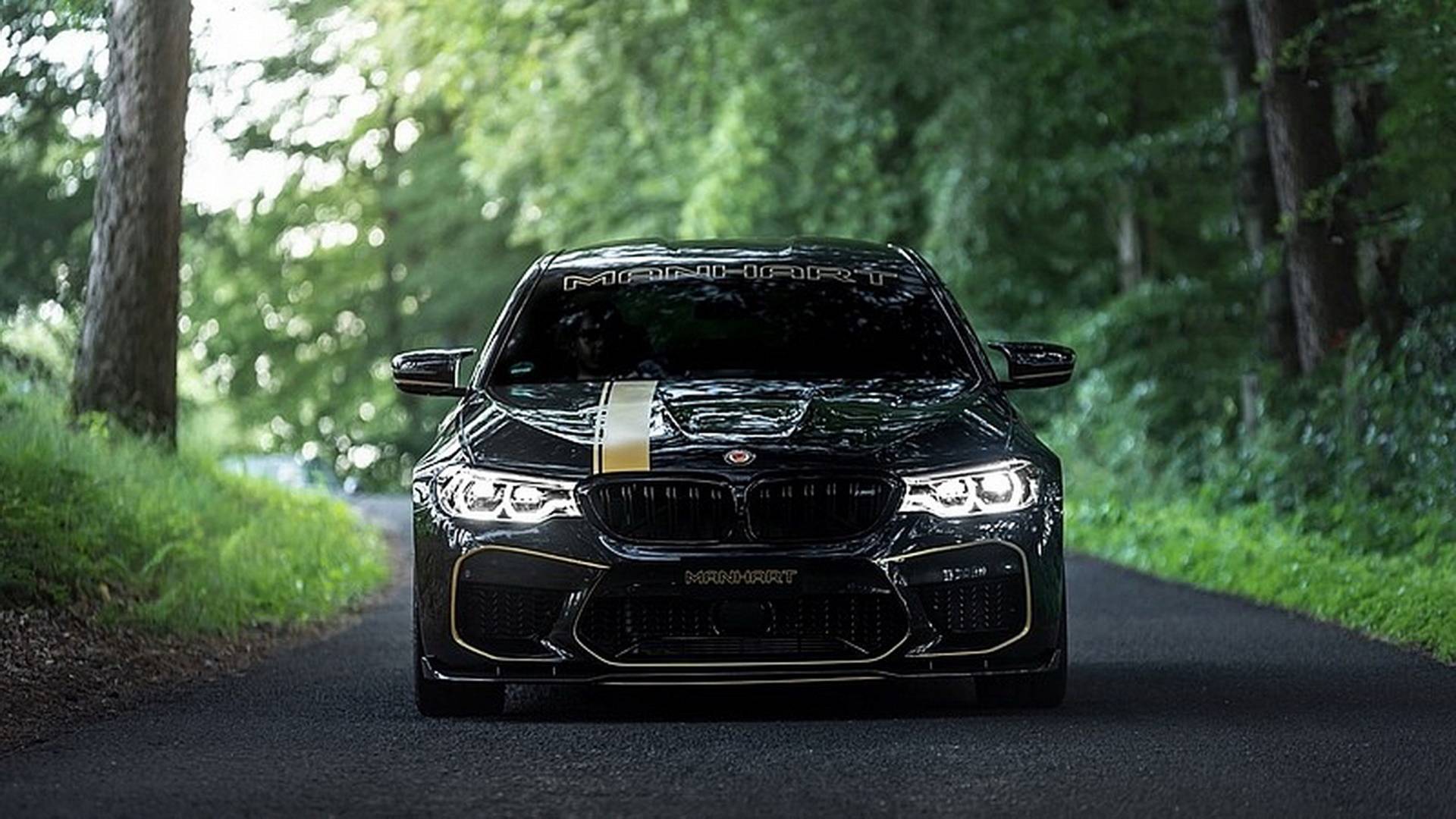 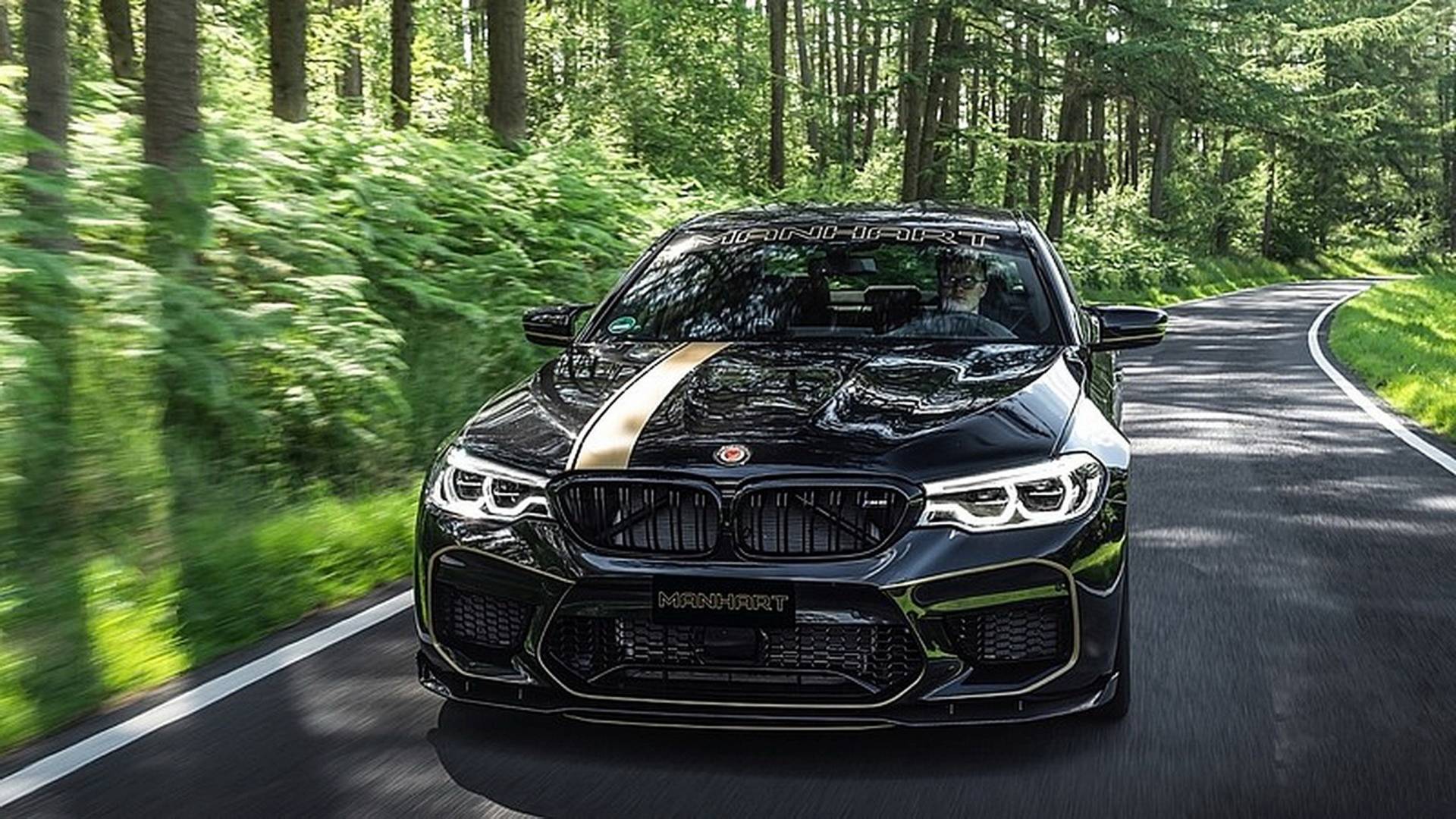 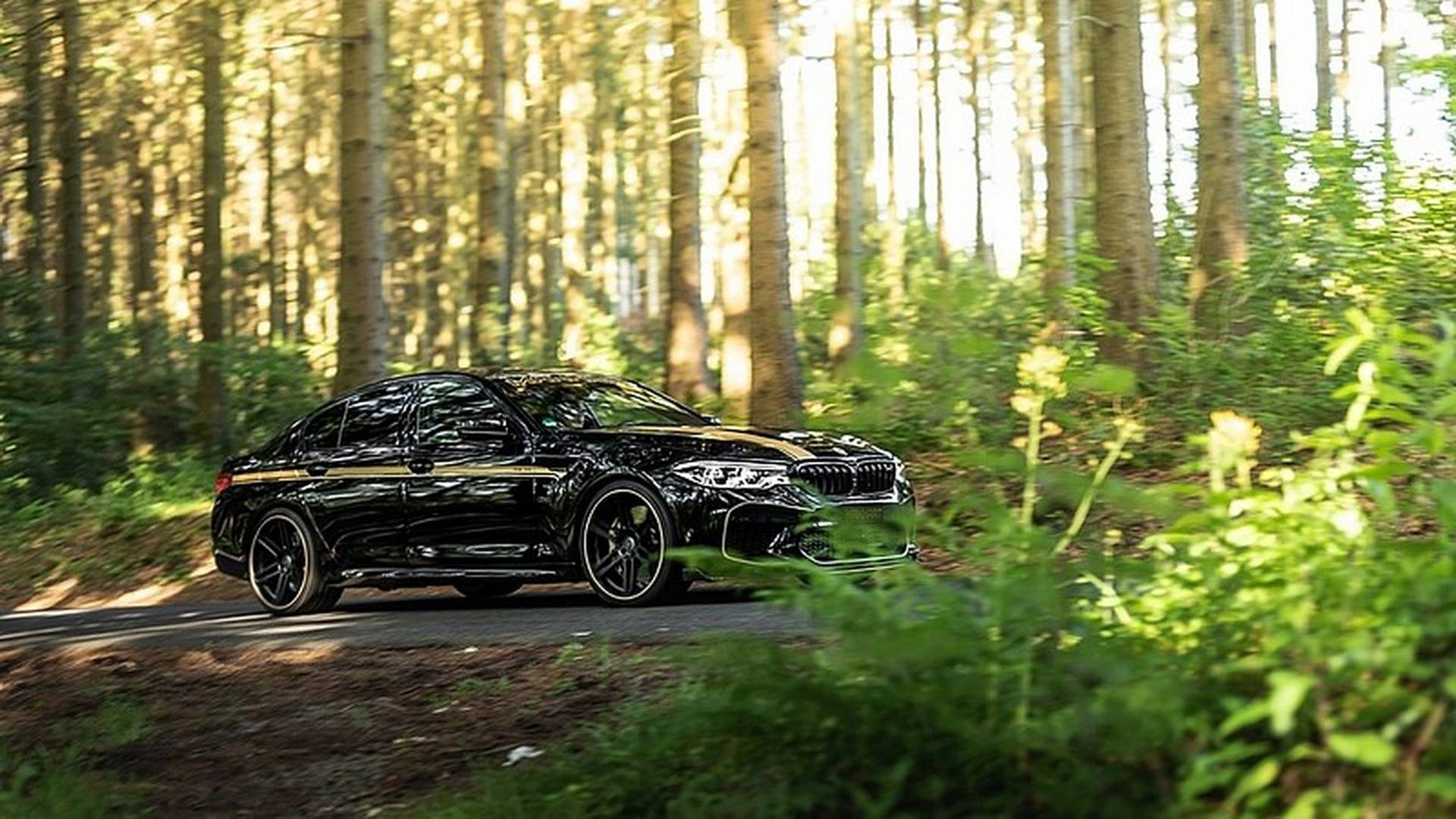