Home » Video: Check Out the Production Process of the BMW X4 in Spartanburg

The newly launched BMW X4 will soon find its ways to the first customers with deliveries kicking off in just a few days. The new X4 comes with a design that most of us appreciated from the get go. This won’t do great with those still raising their eyebrows at new segments like Sports Activity Coupe vehicles or four-door coupes but for those embracing new models easily, it will work. The X4 is aiming at providing a more stylish alternative for those wanting to make a statement with the car they drive and it does so masterfully. However, today we’re not looking at the X4 from the design point of view but from a different angle. 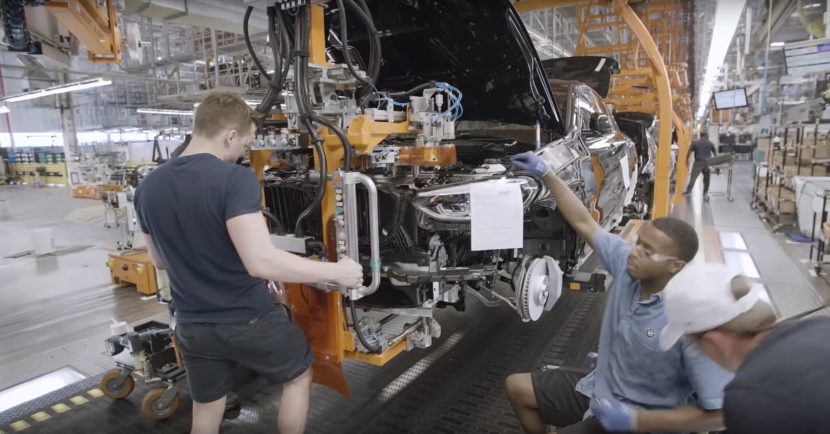 Today we’re taking a look inside the BMW Spartanburg plant in South Carolina, USA. In case you didn’t know already, this is where most of BMW’s X vehicles are made, except the X1 and X2 which are based on a different architecture and built in Europe or China, depending on the case. Since the world is going bananas for SUVs these days, BMW had to enlarge the production capacity of the Spartanburg plant which is now the largest in the world for the BMW Group, making about 450,000 cars a year.

This is also where the X4 is being built and the video below should show you exactly what goes on during the manufacturing process. The footage is quite mesmerizing when you realize just how easy the work of the people on the assembly line floor has been made in recent years. Everything comes pre-assembled to a certain degree, leaving very little to be done manually. The entire chassis is brought up (including the engine, drive train, brakes, axles) to the body in one move, for example while almost the entire front end is also put together beforehand and just attached to the rest of the body using a couple of screws. As I said, it’s all quite mesmerizing.