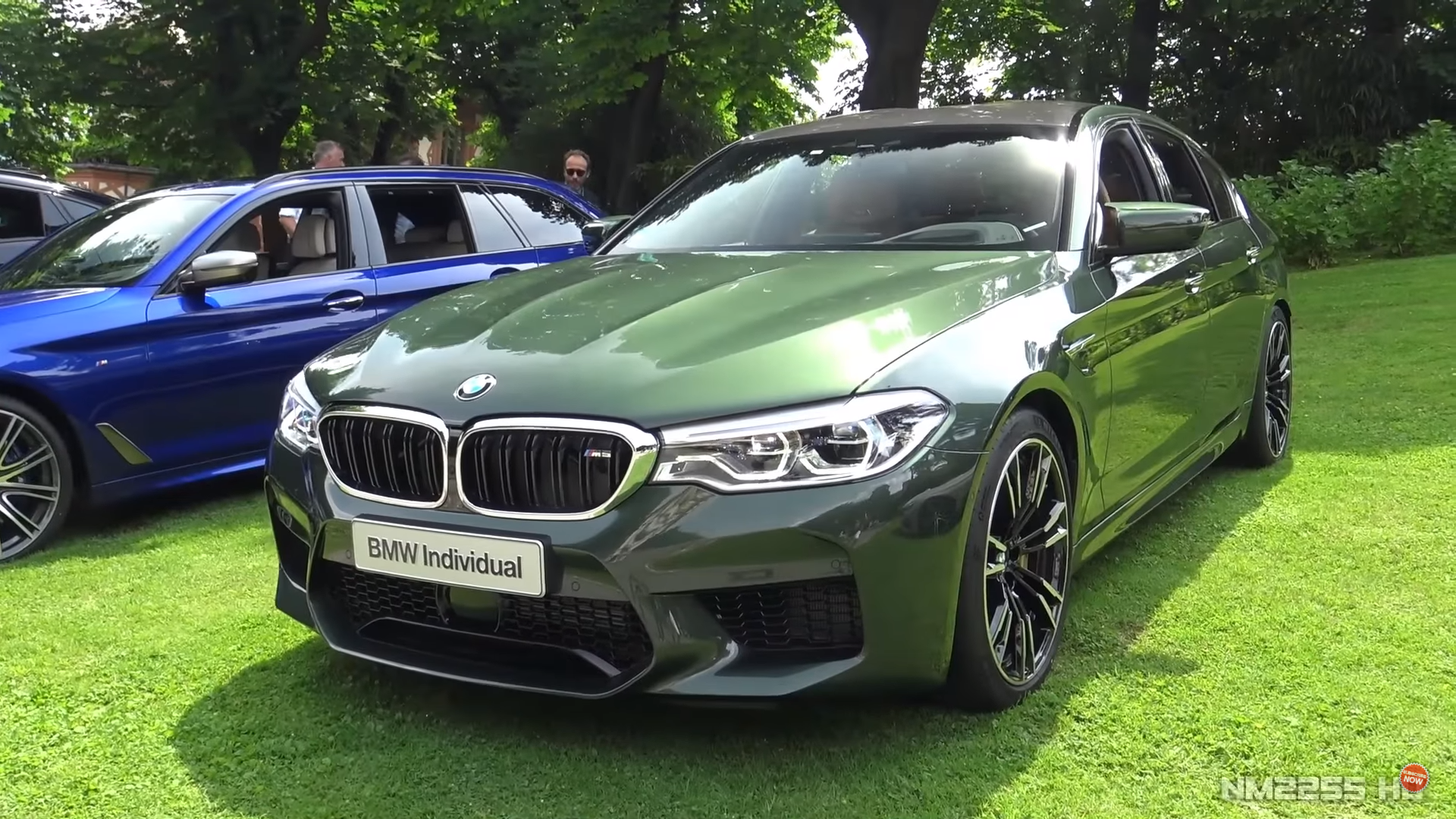 One of the most interesting way to make your BMW stand out is to give it an Individual color. As part of BMW’s Individual customization program, you can choose from almost any color you can think of for your BMW, colors that aren’t typically offered from the factory. For instance, BMW recently painted a 7 Series in Nardo Grey, which is an Audi color, as well as Grigio Telesto, which is a Lamborghini color. This brand-new F90 BMW M5 that was recently spotted is wearing a very unique green from BMW’s Individual program and it looks great.

To be honest, the new BMW M5 is in desperate need of an Individual color. From the dealer, there are only a very few color options available and it seems as if BMW chose them from a palate of concrete colors. There are a ton of greys and blues but not much else. Which is why it’s incredibly refreshing to see an M5 in green. Especially this green.

This video comes from the Concourso d’Eleganza Villa d’Este 2018. There, BMW had some cars from its Individual program on display and this green BMW M5 really stood out. We’re not sure of the actual color name but in some lights it looks like traditional British Racing Green and in some lights it’s much brighter. 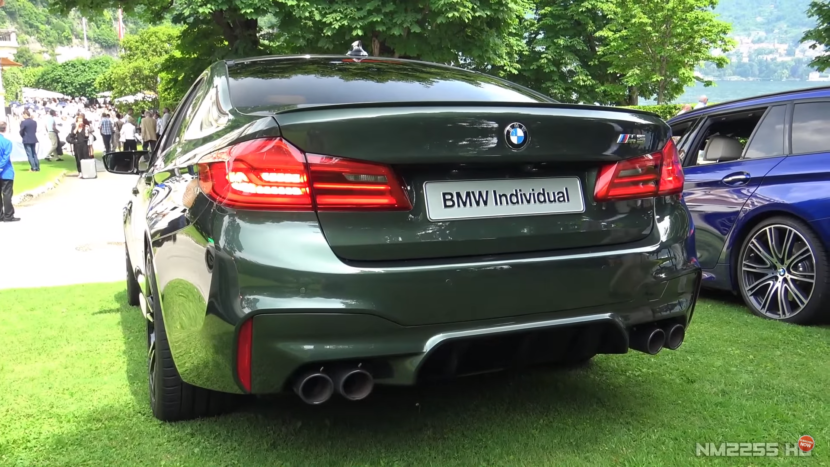 Personally, I like greens on sports cars, as they aren’t color shades you see often. So I love this green M5 and wished that BMW offered it as a stock option. It likely would sell terribly but it would still be cool. This specific green is capable of showing off all of the M5’s body lines and metal creases, which makes it seem more muscular and aggressive. It’s far better than this than may of the grey/silver options that normally come one the M5.

One response to “BMW M5 looks great in Green”