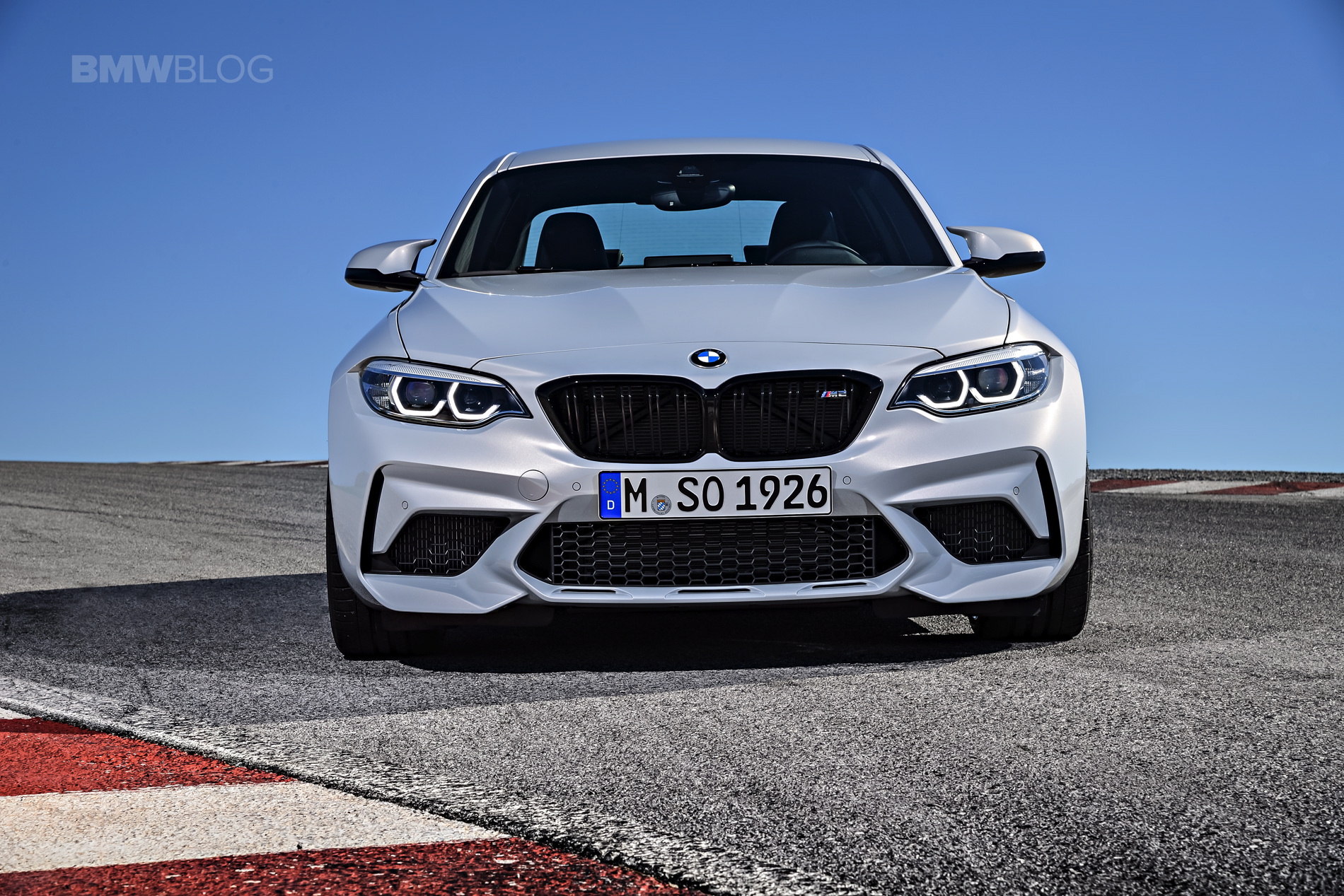 When it goes on sale this July, the all-new 2019 BMW M2 Competition will have a base price of $58,900, exactly $4,400 more than the current M2. For that extra amount, you’re getting a significant upgrade in performance and presence. Under the hood lies a modified version of the same S55 engine that’s found in the BMW M3 and M4. So it’s a 3.0 liter twin-turbocharged inline-six engine that makes 410 hp (US horsepower 405 hp) and 406 lb-ft of torque. So it makes a bit less power than the standard M3 but the same amount of torque.

That twin-turbo engine is mated to a six-speed manual as-standard, however, a seven-speed DCT is available. Either transmission sends its power to the rear wheels, with an electronically-controlled limited-slip differential dividing up the power between each rear wheel. That electronic M Differential is the same basic unit you’ll find in the M3/M4 but it’s been tweaked for M2 Competition duty. 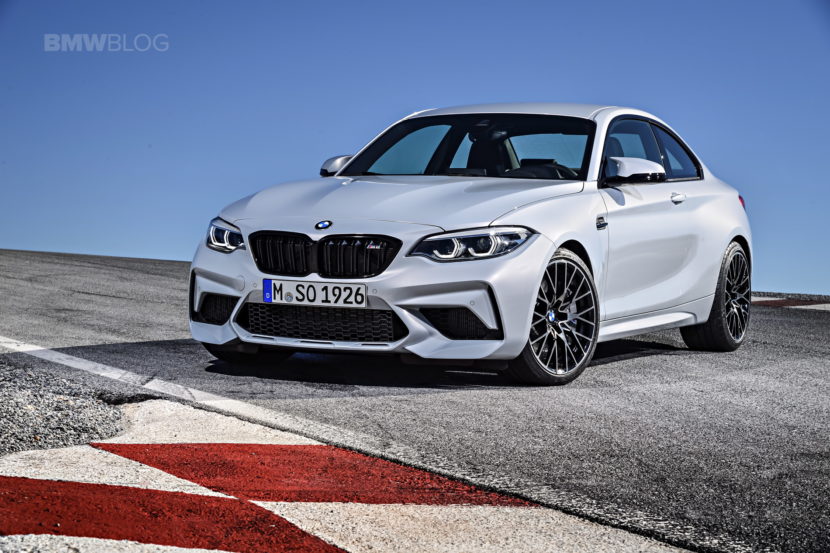 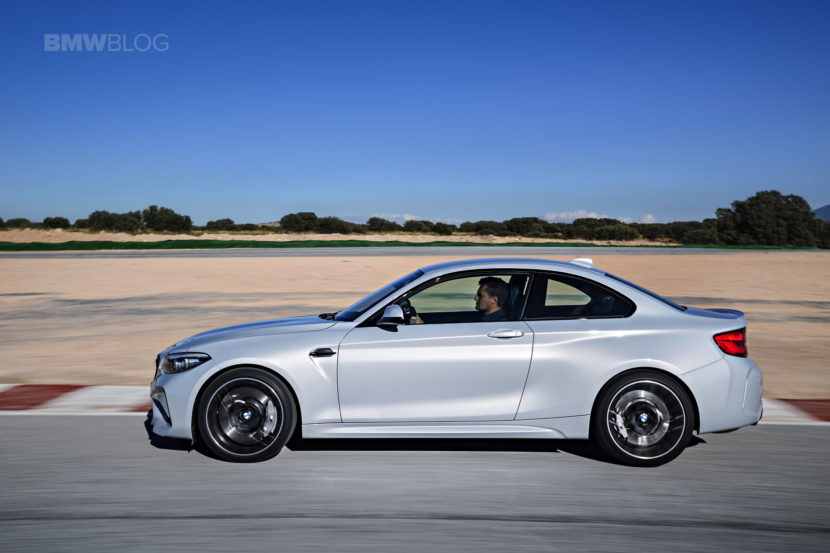 According to BMW Germany, the BMW M2 Competition will get from 0-62 mph in 4.2 seconds with the rapid-shifting DCT. If you want to row your own gears, you’ll have to wait an extra two-tenths to get to sixty-two, as BMW claims a 4.4 second time. On the other hand, BMW USA rates the M2 Competition for the standard 0-60 sprint time at 4.0 seconds.

The visual upgrades of the BMW M2 Competition start with new monoblock kidney grilles, which are slightly larger and sharper-edged. These new grilles are not only more aggressive looking but they’re more functional, as they provide more airflow to help keep things nice and chilly. They are finished in Shadowline Gloss Black, as well are all the badges, much like the M4 Competition Package, making it seem more menacing. A new color is also available, Hockenheim Silver Metallic, along with Sunset Orange, which was previously available on other BMWs but new to the M2. 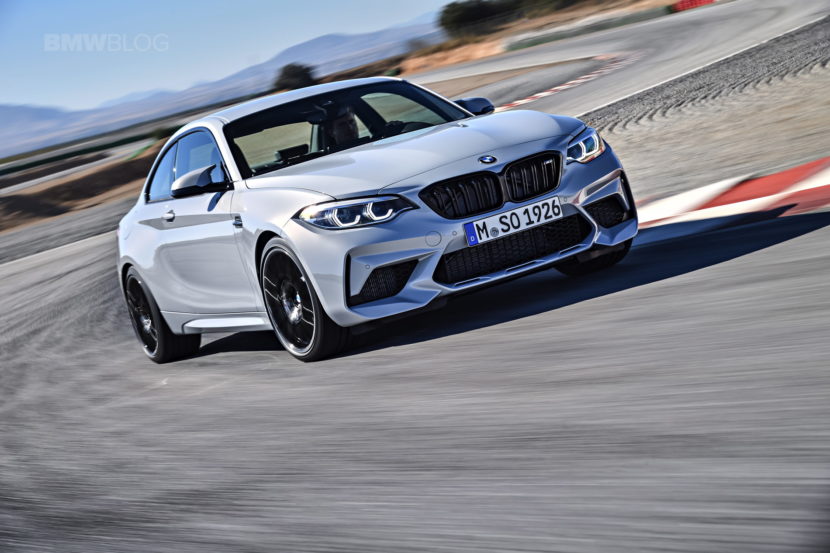 It also gets a slightly new front lip, with three little vents in it. You also get to see the subtle decklid spoiler and the silver brake calipers, which come on the M Sport brakes and are 6-piston at the front and 4-piston at the back. Out back, there’s a black diffuser and black exhaust tips, with a new two-stage exhaust system. There’s also a carbon fiber strut brace under hood, like on the M3/M4.

BMW also listened to its customers, so M side mirrors were fitted to the car. 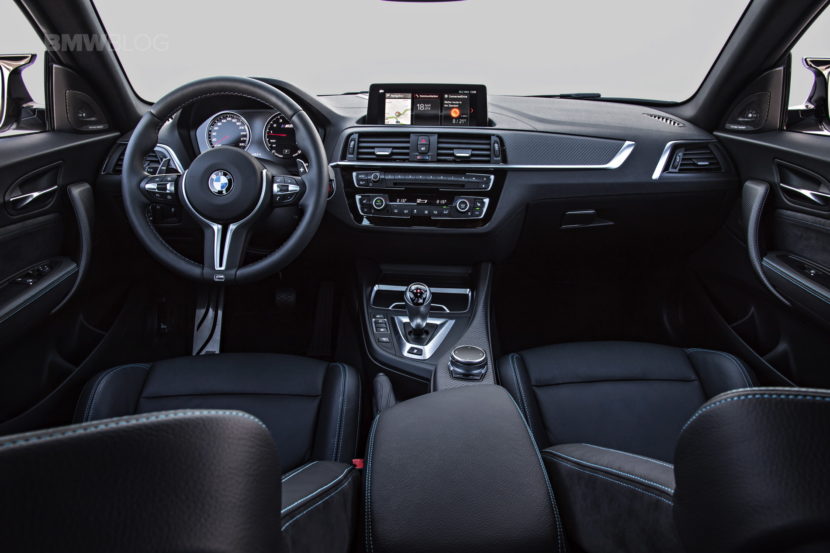 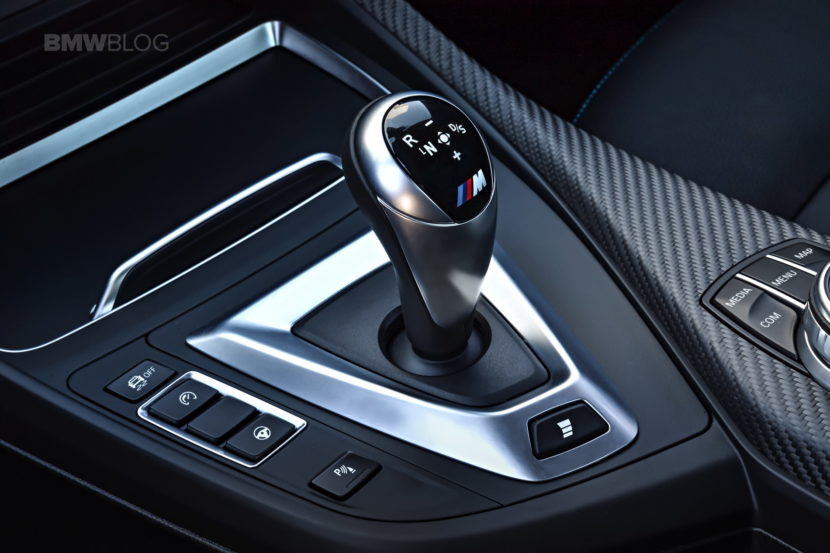 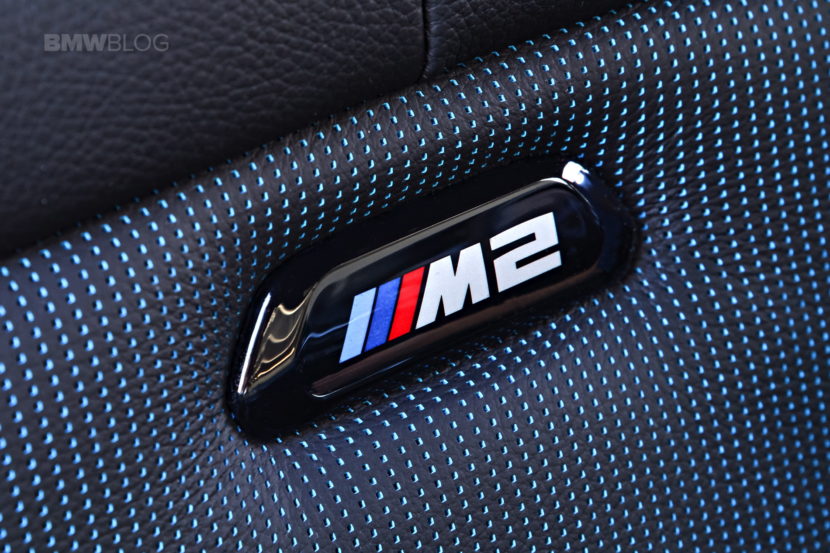 Inside, the BMW M2 gets new M Sport seats (standard in the US and optional in other markets), with some blue or orange accents, depending on your choice, and illuminated “M2” logos in the seatbacks. It also gets a red “Start/Stop” button. The M leather steering wheel, an M footrest and knee pad on the center console complete the M-tuned interior.

By the end of this week, we will learn more about the packages offered and other options, so stay tuned!

Update: Full pricing details and packages will be made available this week, for those of you wondering why we haven’t posted them yet. No pricing screenshots are available at the moment since this information was off-the-record.