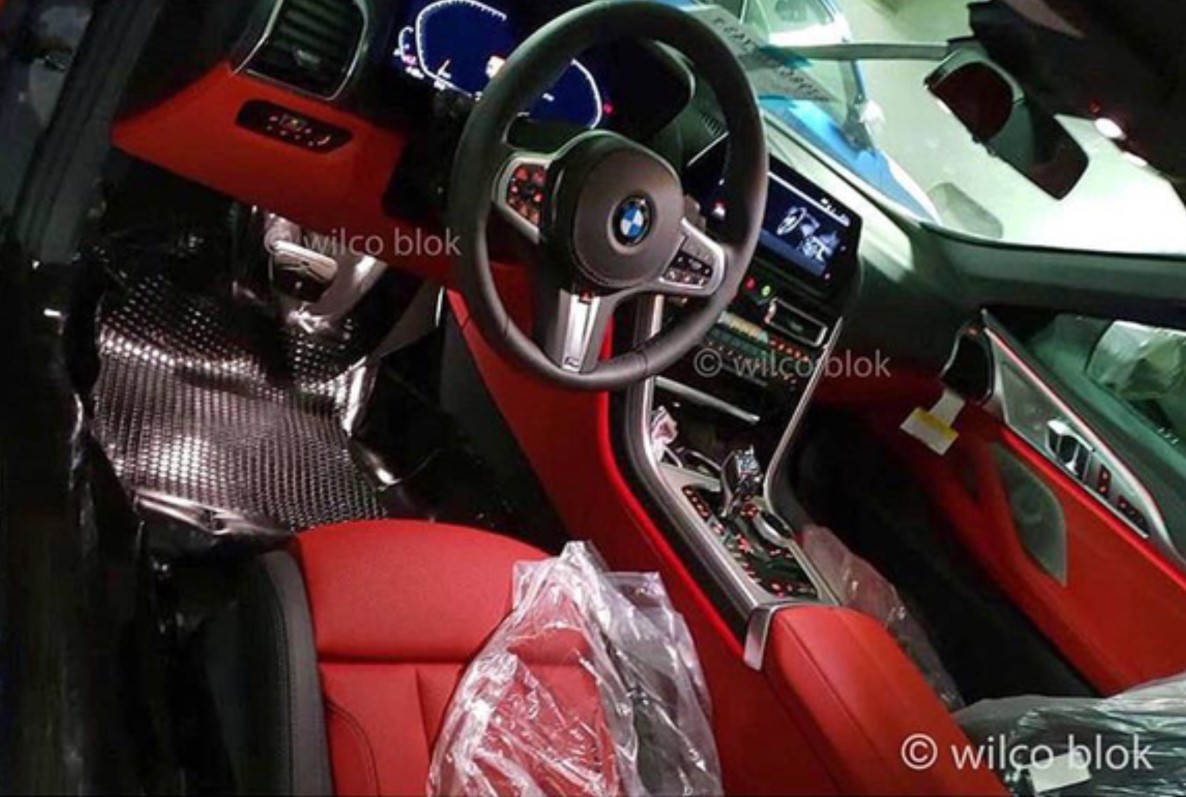 We’re all impatiently awaiting the reveal of the upcoming BMW 8 Series and, perhaps more importantly, the BMW M8. I say the M8 is more important because it will be the very first of its kind. There’s been a generation of 8 Series already and it lacked a proper M Division version. So having a proper BMW M8 would be tremendously exciting for BMW enthusiasts. So when we learned that the interior of the upcoming 8 Series may have just been leaked, we were very excited.

Posted to Instagram, a photo of a BMW 8 Series interior has just been revealed and, personally, I’m a bit torn. On one hand, it looks very nice, with high-end materials and a fresh design. On the other hand, I wish it were a bit more premium and a bit more exciting. For instance, the cabin of a Mercedes-AMG S63 Coupe looks like it’s the cabin of a proper premium car. Although, this 8er interior does look more exciting than the likes of a Porsche 911.

This specific interior is from a BMW 8 Series Convertible caught in a parking garage and it looks as flamboyant as an 8er ‘Vert should. With red leather, contrast black stitching, aluminum trim and metal speaker grilles, it definitely looks expensive and exciting. Just not as much so as I was expecting. Although, that may be my own fault, as I may have over-hyped the 8 Series in my head.

In these photos, you can see the entire cabin without camouflage, so you get to see its new center console of buttons, the new shift lever and the new iDrive controller. You can also see the new HVAC controls and iDrive screen, which looks bigger than the current one. The new digital instrument panel is also on display but, with the car off, it wasn’t displaying anything except the outer ring of the digital gauges.

We can’t wait to see what the BMW 8 Series, as a whole, looks and feels in person. While it may not be the most exciting interior in these low-res photos, it will likely be a lot better in person. The materials seem to be top notch and I really like the style of the interior door panels. We’ll see soon enough.