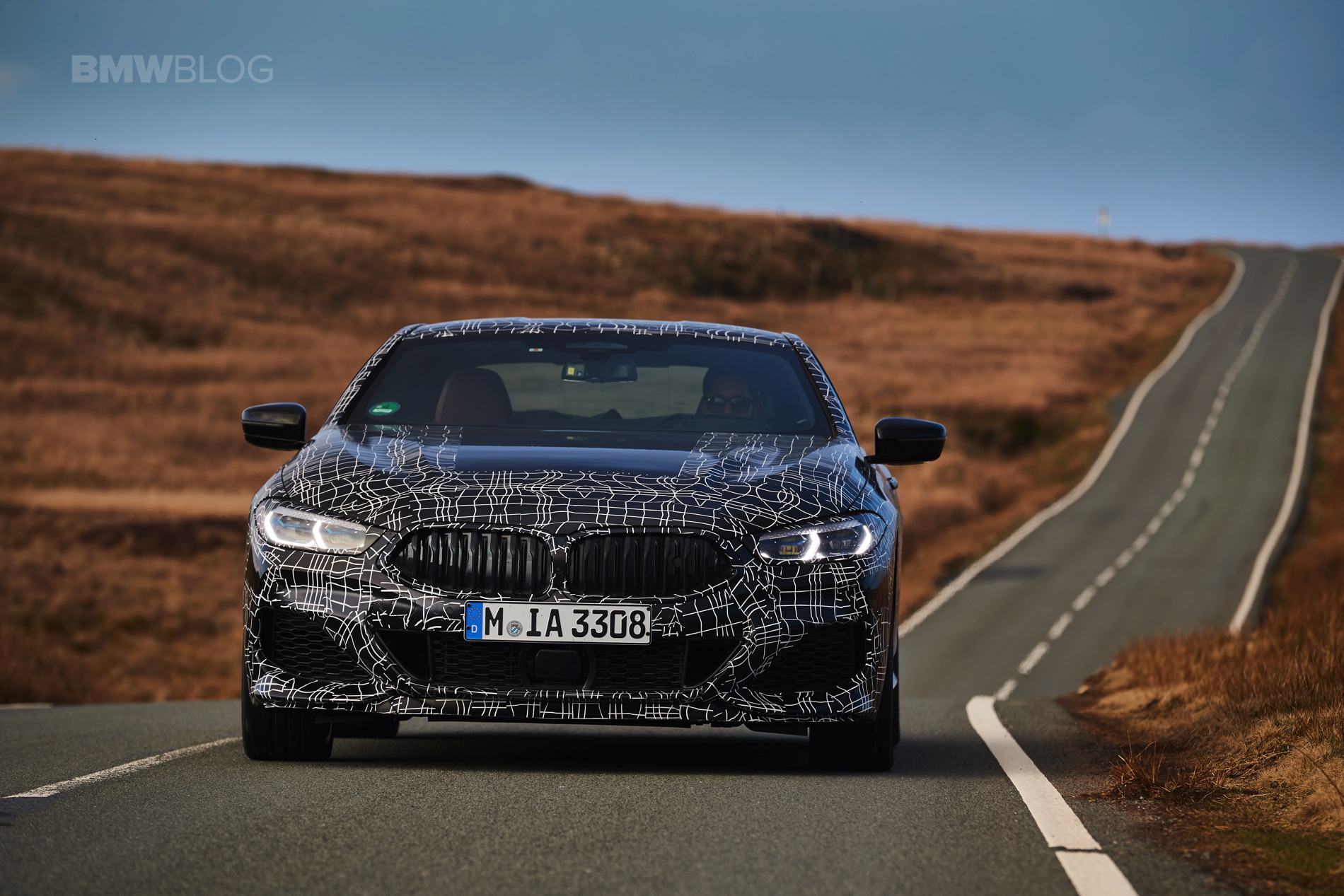 BMW just revealed its pre-production testing of the BMW M850i xDrive, one of the cars that enthusiasts are most excited to see. The Bavarians brought their most powerful non-M 8 Series to Wales, to test it on both road and track and brought a handful of journalists along for the ride. These journalists were there to test drive the new 8er and provide feedback, so that BMW could better fine-tune the upcoming 8 Series before its official launch. All of these journalists have given written reviews of what they felt on their very short drives. So we’re bringing you a round up of these reviews with some excerpts from them. The results are in and they’re good.

The BMW 8 Series is the car that many BMW fans are hoping brings BMW back to the good ole days of proper chassis balance and steering feel. We’ve heard for months from BMW engineers that the 8 Series would be a genuine driver’s car, not just a pretty and comfy GT. There was a bit of a feeling coming from a lot of enthusiasts that the 8 Series would just be a coupe-version of the 7 Series; something big and squishy for the uber-wealthy. That’s not the case, though. 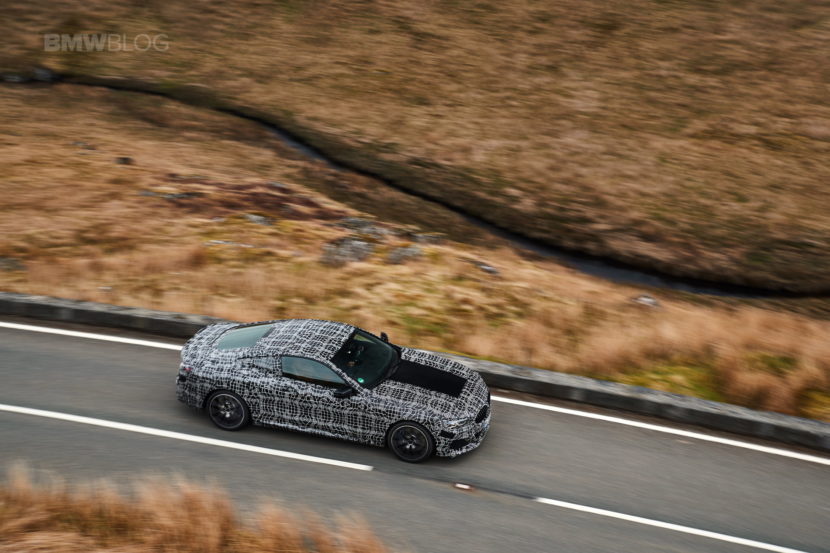 According to Top Gear, “Unlike the S-Class, where the top-line car morphs from saloon to coupe via luxurious limos, the 8 Series is not a coupe version of the 7. It’s its own thing. BMW was clear from the outset of the project that this is a completely different beast, a GT sports car that’s as happy crossing continents as it is screaming down a back-road.” So the 8 Series has been designed to be its own car, one with its own unique chassis, suspension and handling characteristics.

Many fans were also expecting the 8 Series to just be a 6 Series replacement. However, the BMW M850i is shorter than the 6 Series in both overall length and wheelbase, while also being slightly wider, so it’s more agile and sharper, forgoing the added high-speed stability and comfort of a longer wheelbase. BMW has also thrown everything it has into the new 8 Series, much like it did with the first-gen 8er back in the ’80s. It has every bit of chassis, suspension, differential and all-wheel drive technology BMW has available at the moment. However, don’t think that means it’s going to be a numb techno-fest. According to Road & Track, BMW wanted the 8 Series to be “less perfect” than many other current offerings. Meaning that engineers wanted feel and feedback, a more visceral feel and louder exhaust. They wanted something that was a bit less refined and a bit more engaging to the driver. 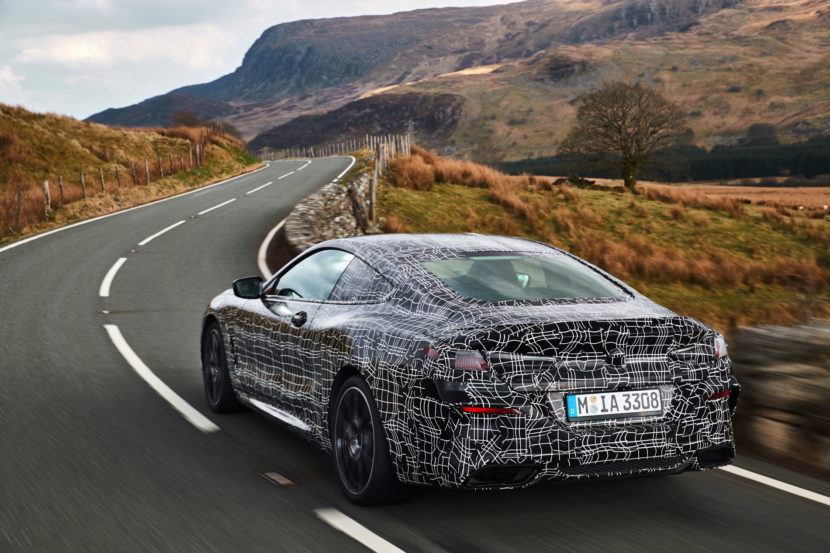 Car and Driver was probably the most effusive, in saying “Happily, the M850i’s electrically assisted steering delivers actual road feel, informing the driver’s hands of the front tires’ grip and sidewall deflections. As befits a luxury sports coupe, the conversation is in an inside voice rather than a shout. Turn-in is quick and satisfying, with a positive feel backed up by stupefying front-end grip.” What’s interesting to note in the C&D review is that BMW focused on simplicity with the 8 Series, which might seem at odds with the fact that it’s given the 8er all the technology it possibly can. Allow C&D to explain.

“Reduced complexity plays a big role. BMW is tuning the M850i’s chassis around a single Bridgestone Potenza S007 summer tire,” which is interesting that the main tire BMW is tuning it around isn’t a Michelin. Nevertheless, it’s good to see a singular focus in the 8 Series’ chassis tuning. “BMW also is making every one of its performance-enhancing active-chassis features standard in our market. This way, it says, the features won’t need to individually stand out in operation, something customers wanted when spending money on such options in previous models.” So things like Adaptive Dampers won’t be an option, which allows BMW to tune the entire car, along with the variable steering, active differential, all-wheel drive system and four-wheel steer system, together. Rather than have each specific, and normally expensive, option stand out on its own to customers, the entire car has been tuned to itself in a much more cohesive manner. 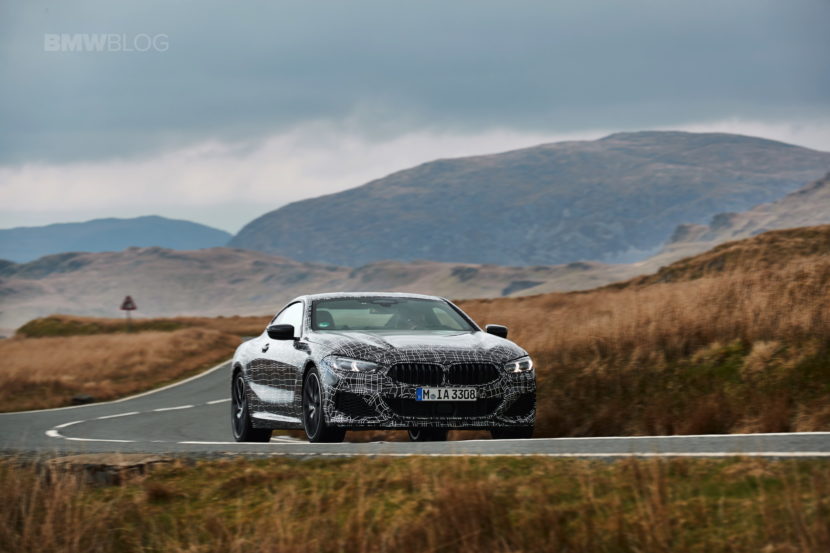 What’s even nicer is that it seems the new driver modes, of which there are Eco Pro, Comfort, Sport and Sport+, aren’t all that different. Where as previous BMWs would have massive gaps between how Comfort and Sport+ felt, this new 8 Series feels quite similar regardless of mode, which just subtle differences to make each one useful. “The consistency traceable through the M850i’s various modes reminds us of the Alfa Romeo Giulia Quadrifoglio’s balance of adjustability with a consistent character.” Comparing the BMW M850i to the Giulia Quadrifoglio is a massive compliment, as that car has some of the finest chassis balance of any car on sale.

After having driven the BMW X3 M40i, many journalists, including myself, were scratching our heads wondering if we were crazy to think that it, a midsize SUV, had that old-school BMW feel. Turns out, it does and it’s possibly the most enjoyable BMW to drive at the moment. But more than that, it was an encouraging sign that BMW was getting back to what always made it so great. From what we’re hearing about the upcoming BMW M850i, that trend is continuing and possibly even improving. We can’t wait to drive the new 8er to find out.