BMW M130iX Hatchback to take on Mercedes-AMG A35, Audi S3

Now that the new Mercedes-Benz A-Class hatchback has been released, the premium hatchback segment is going to need to step its game way up to compete. The next premium hot-hatch to enter this segment is the BMW M130iX, which will compete directly with the upcoming Mercedes-AMG A35 hatch, and it’s going to be fun to see them compete.

This next generation of 1 Series is going to be front-wheel drive-based and built on the brand’s new FAAR architecture, which will be home to several new BMW models. That may sound like the work of the devil to many BMW purists but one drive in the new BMW X2, or any MINI for that matter, should quell any doubts that a front-drive BMW can be fun. After having driven several BMW products based on the brand’s old UKL front-wheel drive architecture, the one that the X1, X2 and all MINIs are based on, we can safely say that front-wheel drive-based BMWs can absolutely still be fun. 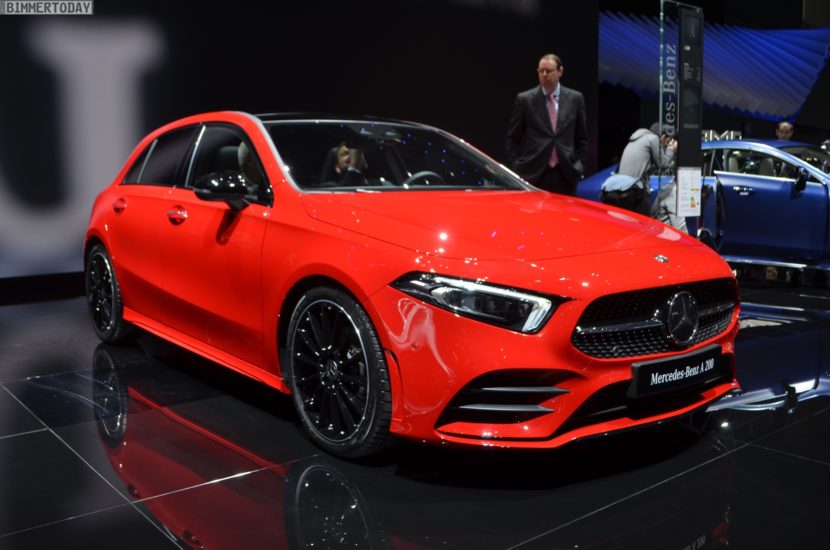 Having said that, BMW is going to need to step its game up if it wants to take on the new Mercedes A-Class. That car looks incredibly promising and we’re hearing good things about it. It also looks fresh and premium, with a cabin that blows most cars costing double its price away, so customers are going to absolutely love it. The performance version that will take on the BMW M130iX will be the Mercedes-AMG A35 and it will have more than 300 hp and all-wheel drive.

Another car that’s often overlooked in this conversation is the Audi S3 Sportback. The new S3 Sportback is actually a good little car and one that’s a ton of fun to drive. It makes 310 hp from its little 2.0 liter turbo-four and it’s one of the quicker cars in its segment. It also looks smart and has a ton of tech and is all-wheel drive.

The BMW M130iX will likely have a 2.0 liter turbocharged four-cylinder that makes around 300 hp, give or take a few ponies, and will have all-wheel drive, like its competitors. So, on paper at least, the BMW M130iX will stack up just fine. But the current Audi S3 Sportback is still a tough contender and the new Mercedes-AMG A35 could be damn difficult to beat. So we’re very much looking forward to this upcoming segment rivalry.