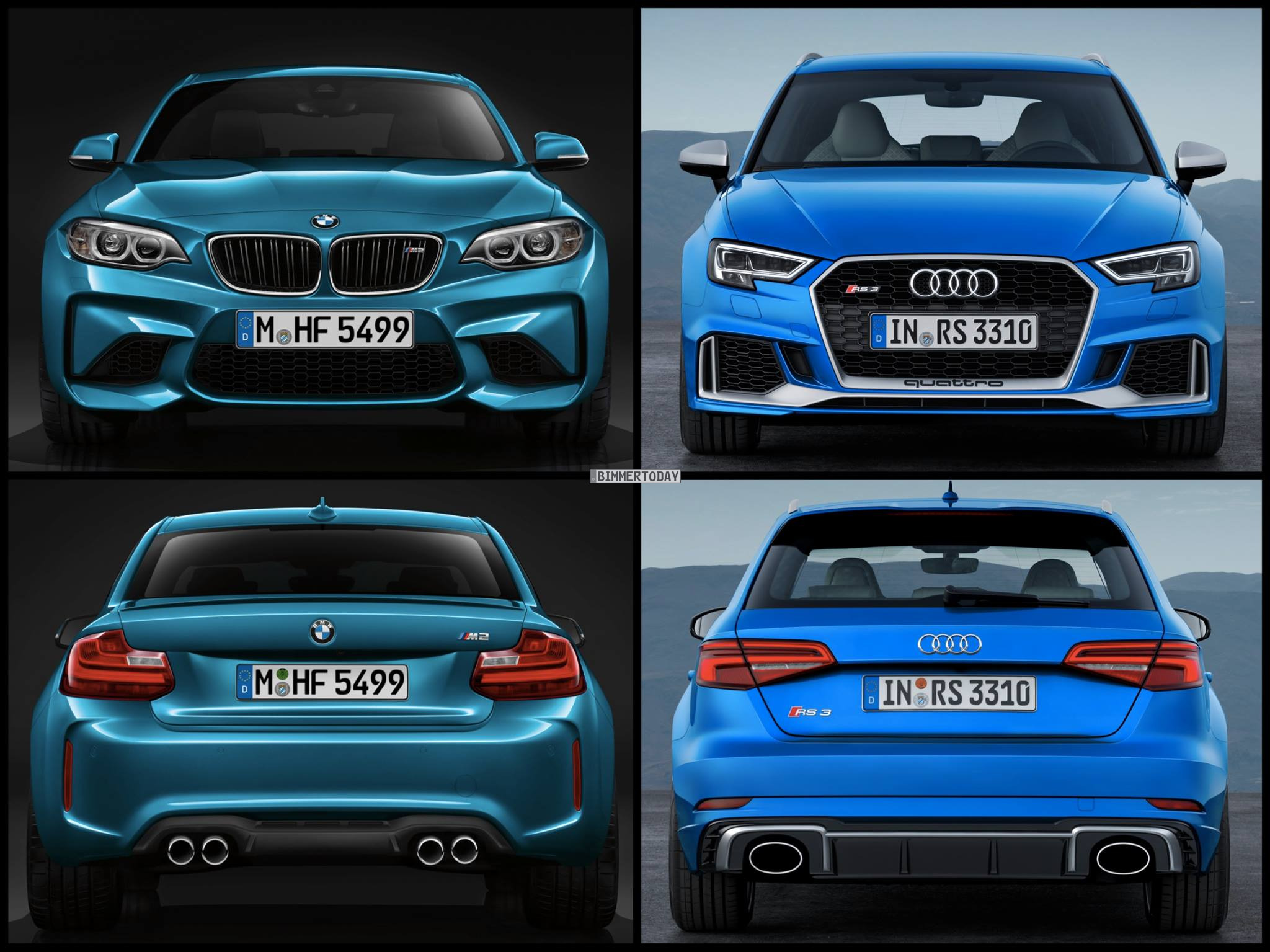 We just recently learned that Audi gave its RS3 Sportback a bit of a facelift, as well as a power bump, to match its newer Sedan sibling. While the facelift is minor and it remains largely the same as before, it does help to make an already good looking car stay fresh. So how does it look against its chief competition, name the BMW M2? Let’s check it out.

Despite being two very different cars, the Audi RS3 and BMW M2 will actually be cross-shopped quite a bit. They’re both around the same price, both put out similar performance (albeit in vastly different ways) and are from rival brands. So let’s take a look at which of the two cars is better looking.

To be completely honest, I have a very hard time choosing between these two cars, in terms of looks. Both appeal to me, just in very different ways. The BMW M2 has an old-school, muscular coupe styling that reminds me of tire smoke and powersliding. While the Audi RS3 has a sort of techy-science look that’s really attractive to me. Both look angry and aggressive, but the M2 looks more muscular and the RS3 looks more high-tech. If I had to choose which looks better from the front, I’d have to say the Audi. I like its sharper lines and I like the “Quattro” badge in the front lip, which reminds me of the “Turbo” logo on the BMW 2002 Turbo back in the day.

In profile, these two cars are of completely different body styles, so it really doesn’t make sense to compare them. The BMW M2 is a three-box coupe while the Audi RS3 Sportback is a five-door hatch. So this really comes down to preference, but the M2’s coupe styling is prettier to these eyes.

From the back, it’s also a difficult choice for me but for the opposite reason as the front. The rear of both cars seem a bit off to me and I’m not a big fan of either. The M2’s taillights are a bit frumpy looking and the RS3’s are too bland. Also, with the M2, with those vertical slats for the reflectors, it almost make it look like another car is coming out of the rear of it. However, the Audi RS3’s massive twin exhaust tips look a bit childish and are a bit too boy-racer for me. I’m gonna give the rear-end design to the M2 because it has quad exhaust and everyone loves quad exhaust.

On the inside, I don’t think it’s a question — the Audi RS3 has the better cabin. Not that the BMW M2’s is bad, it’s just a bit nondescript. You could put the M2’s interior in a BMW 228i and it wouldn’t seem special. It’s just a touch bland. The RS3’s cabin, on the other hand, feels very special and is very sharp looking. Audi has always made wonderful interiors and that trend continues with the RS3. Plus, the new RS3 gets Audi’s spectacular Virtual Cockpit, which is incredible to use. 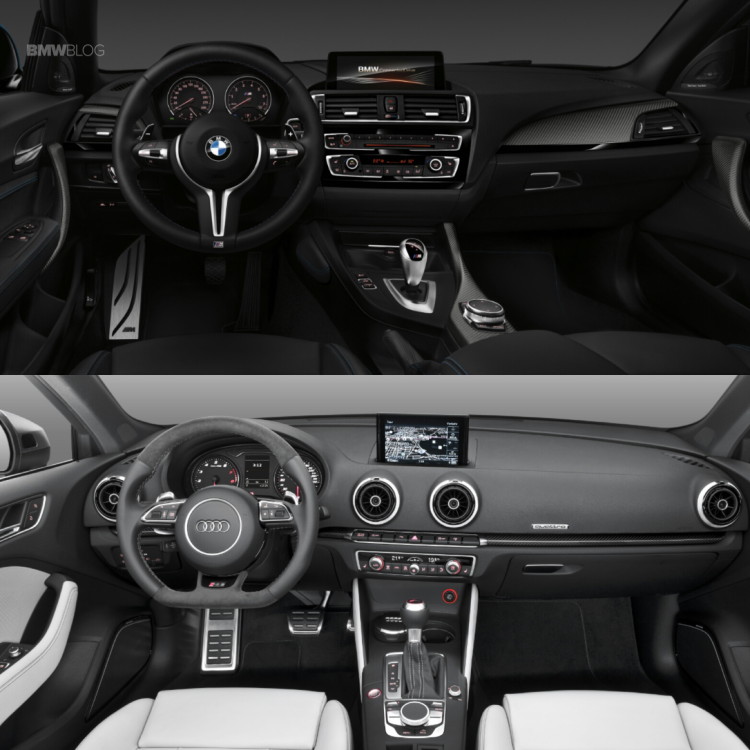 Overall, it’s really hard to choose between these two cars. I really think it comes down to what you need and where you live. If you don’t need a lot of space or this is a second car, the BMW M2 is probably the better choice because who doesn’t love a rear-wheel drive sports coupe? But if you have maybe children or a big dog and you need the extra space, it’s hard to find a cooler looking hatch than the Audi RS3 Sportback. But with the crazy performance of both, you really can’t go wrong with either. 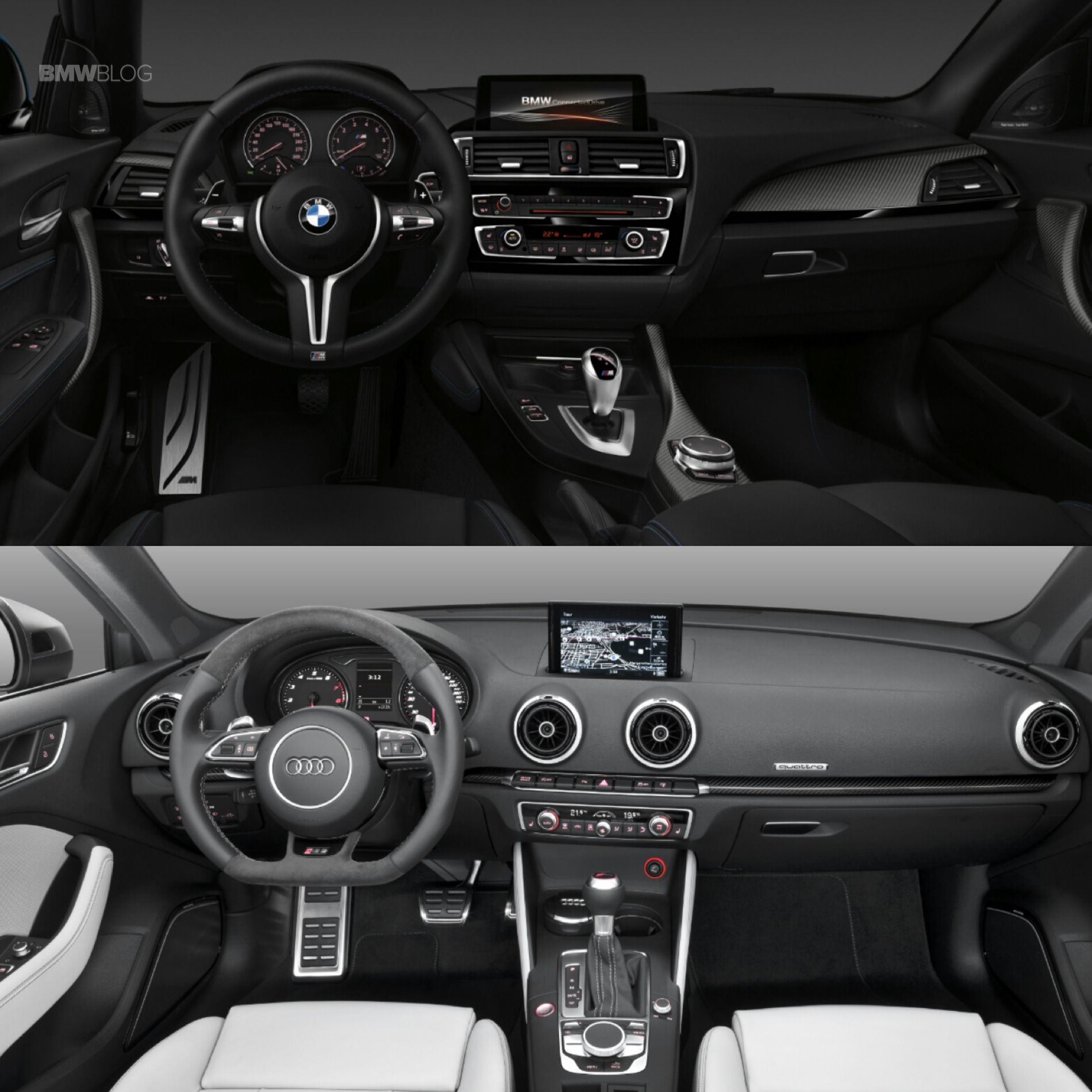 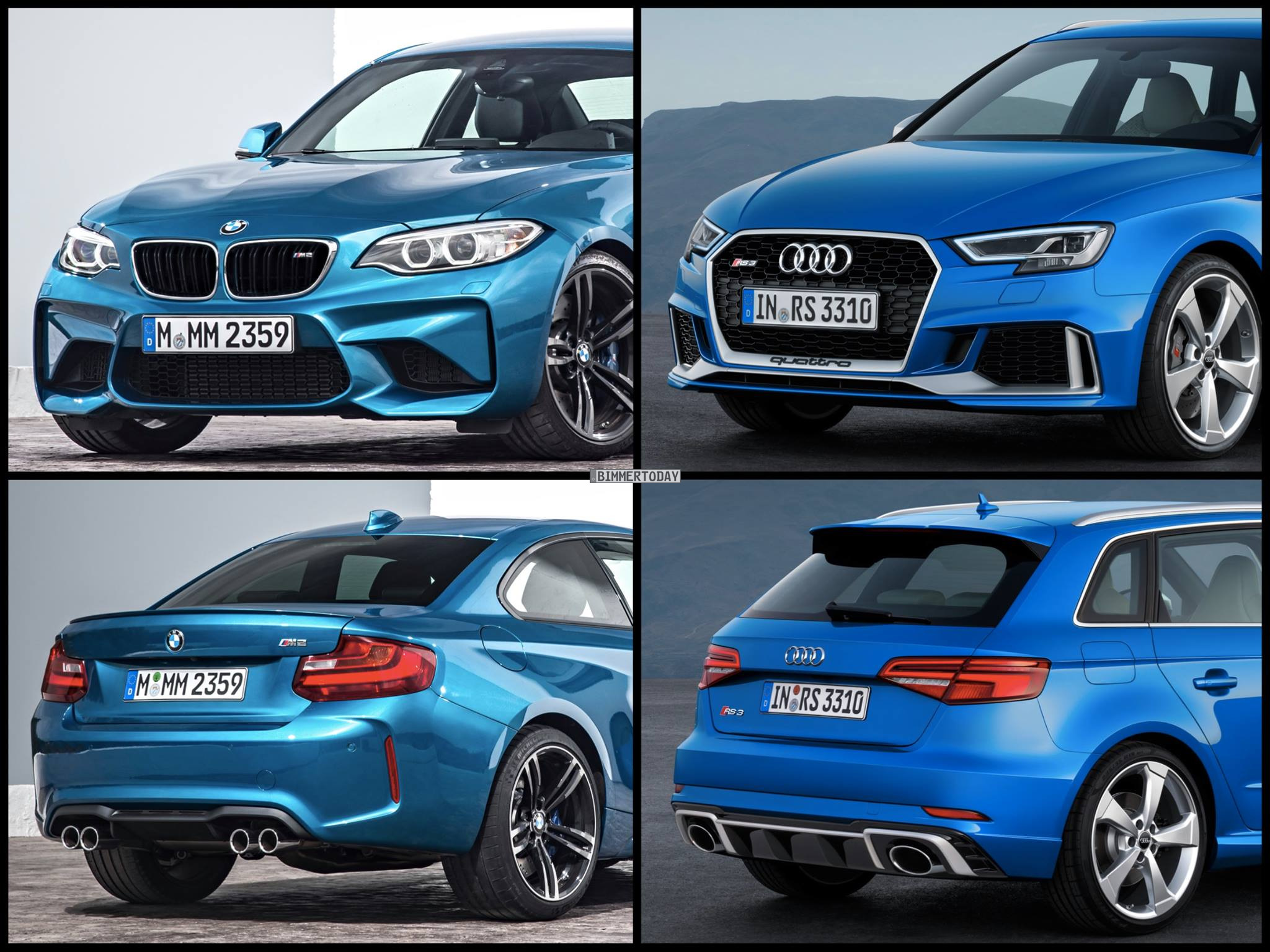 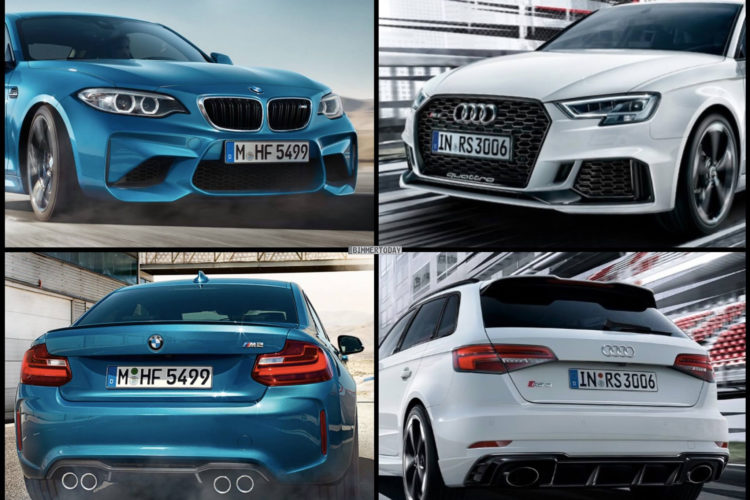