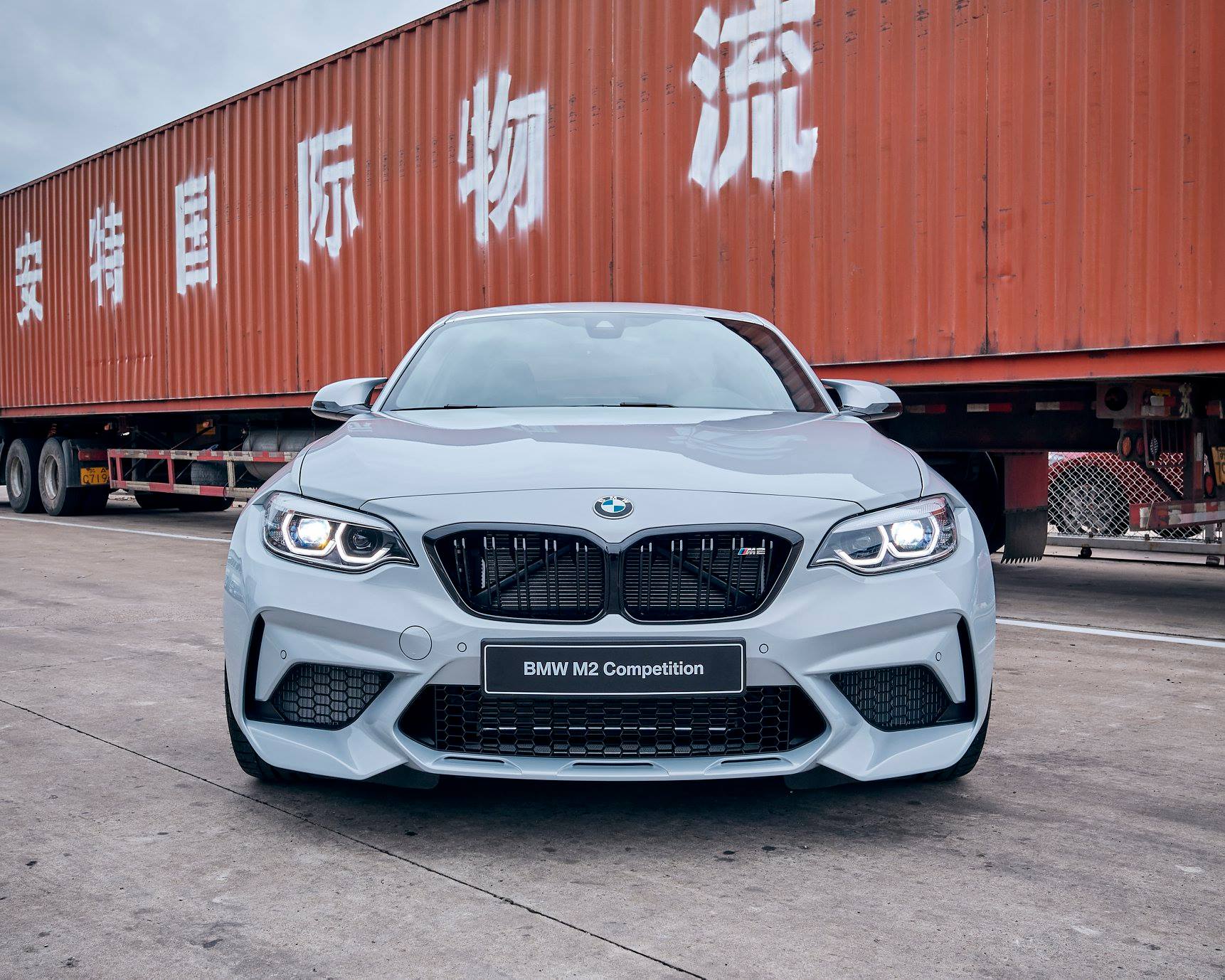 On the way to its world premiere at the 2018 Auto China in Beijing, the BMW M2 Competition has quickly made itself available for a few photos. With the help of the usual social media channels, BMW and BMW M are currently distributing some new photos showing the 410 hp compact sports car on an industrial site in China.

In just a few hours, it will for the first time be in the spotlight of the high-gloss trade fair, which, thanks to the rapid growth of the Chinese car market, has risen to become one of the world’s most important car events within just a few years. 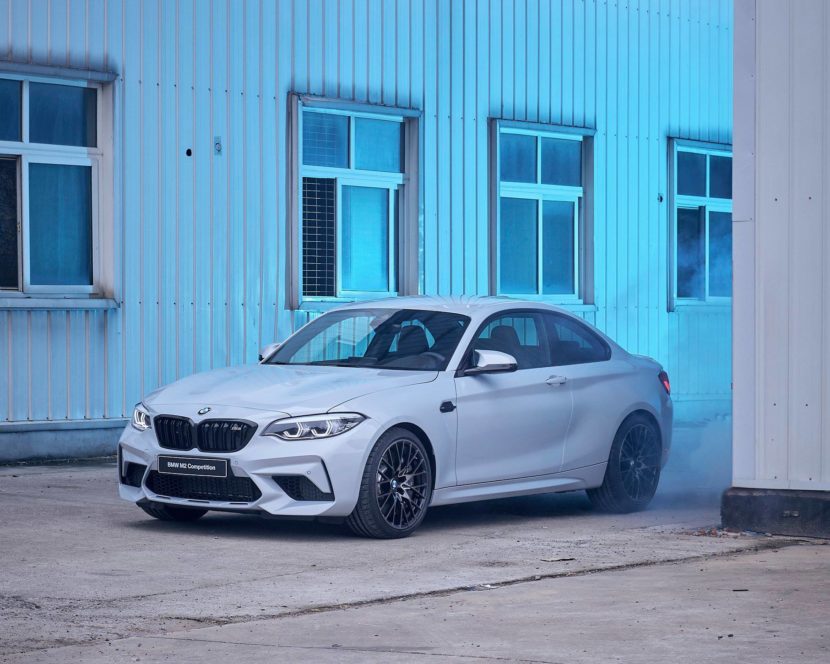 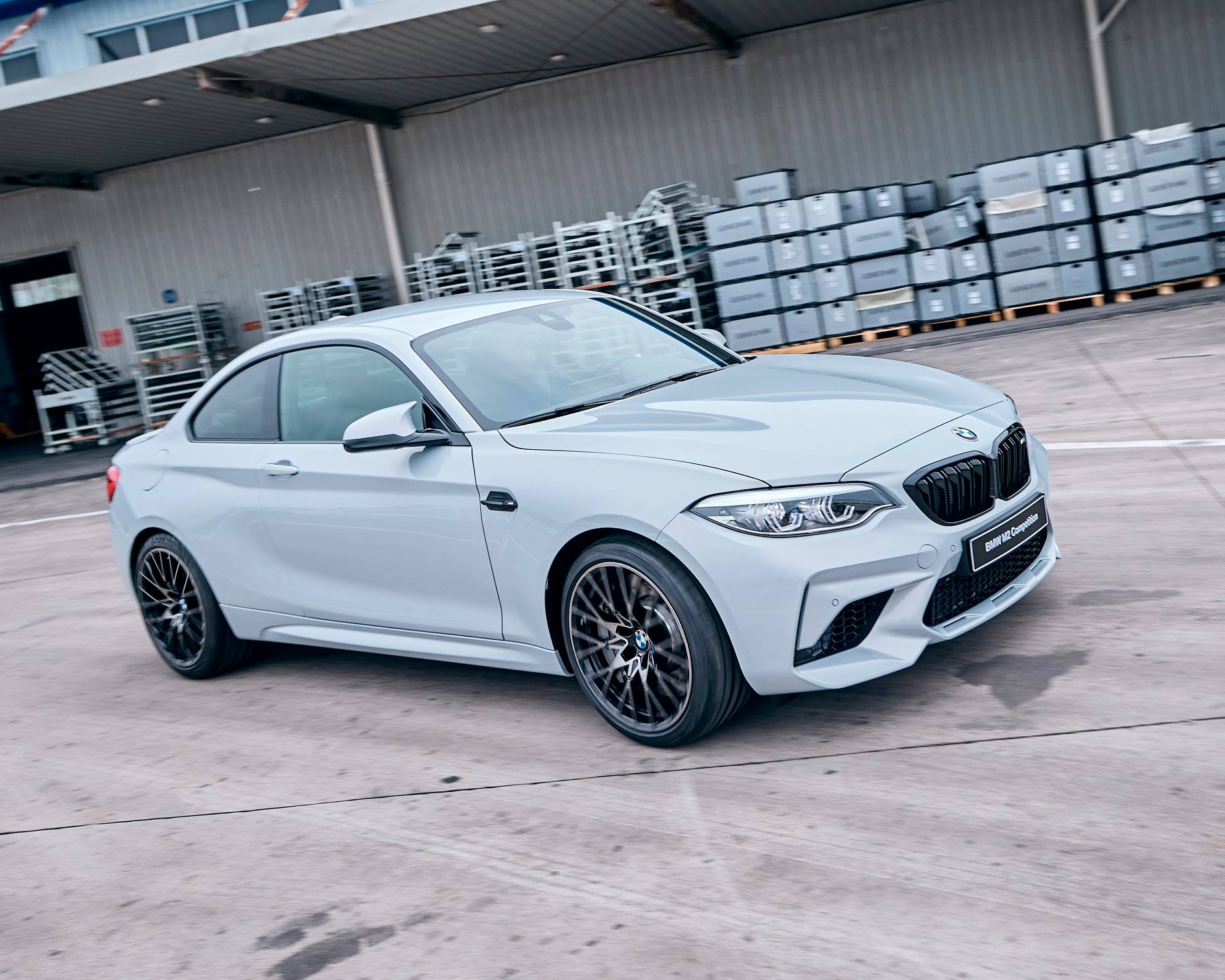 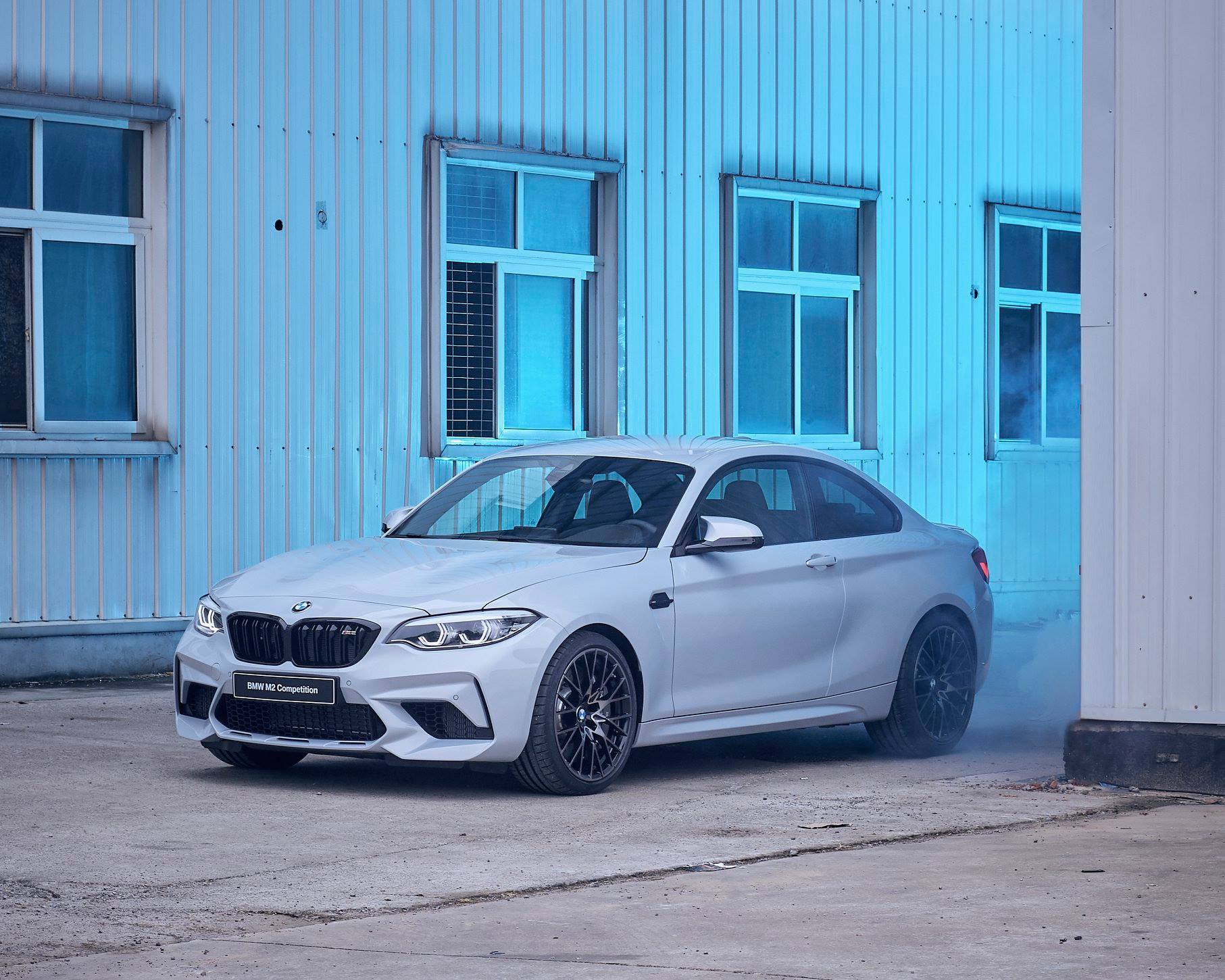 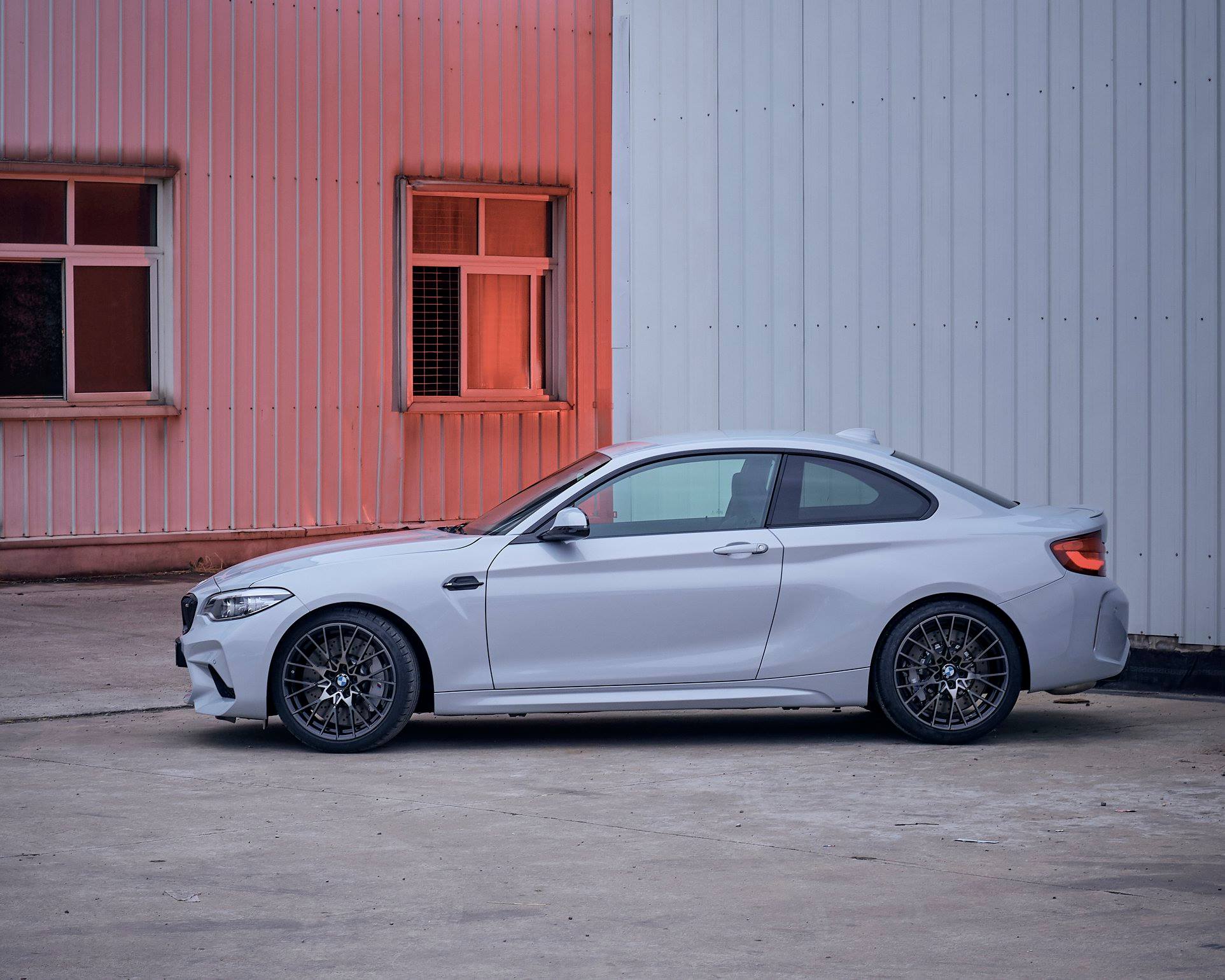 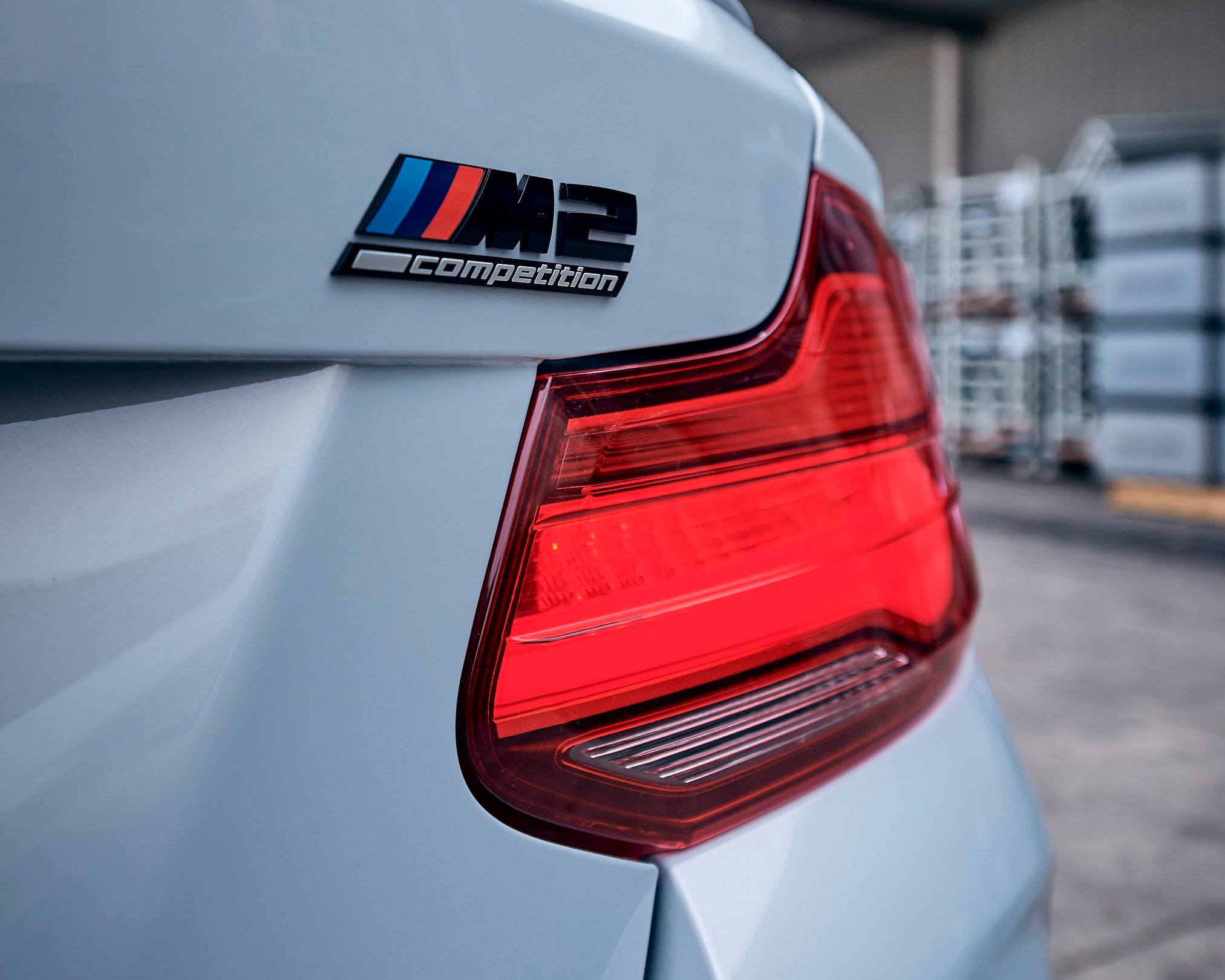 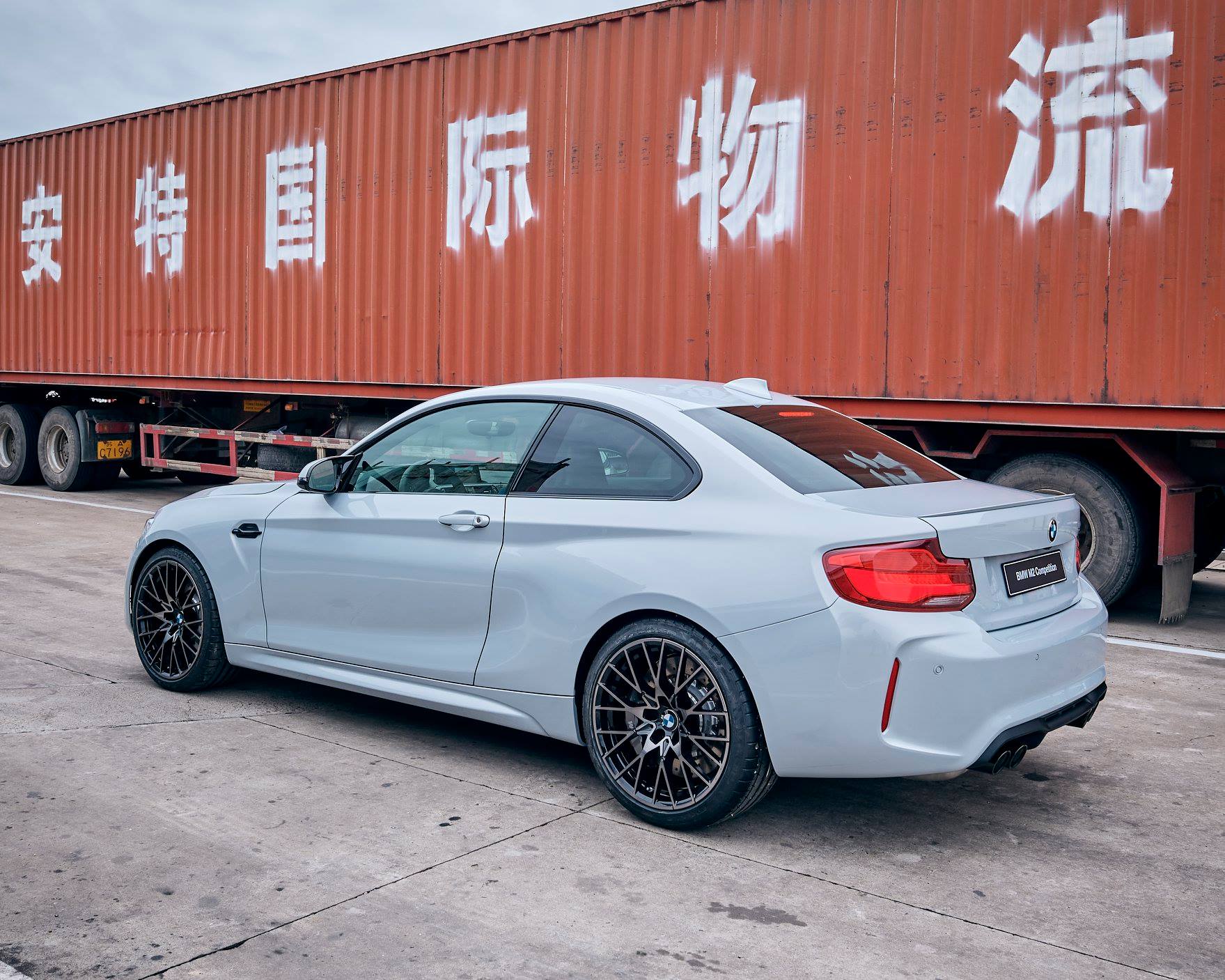 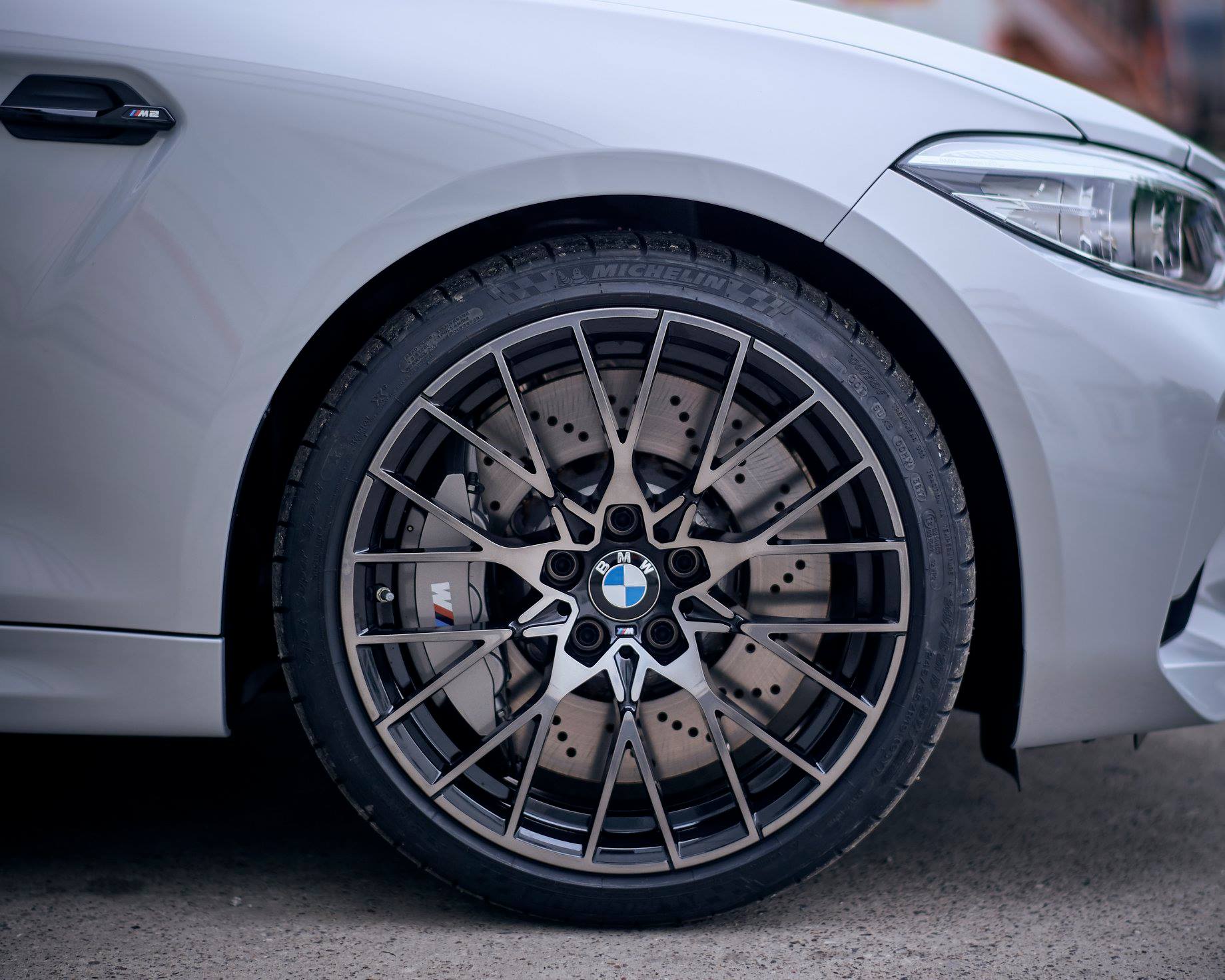 We also get more impressions of the Hockenheim Silver Metallic color. The silver-gray color celebrates its world premiere on the BMW M2 Competition and, just like many other M paint finishes, is named after a famous racetrack. In one of the photos we see the new M2 alongside the M5 F90, launched a few weeks ago, whose launch color Marina Bay Blue is also named after a racetrack. 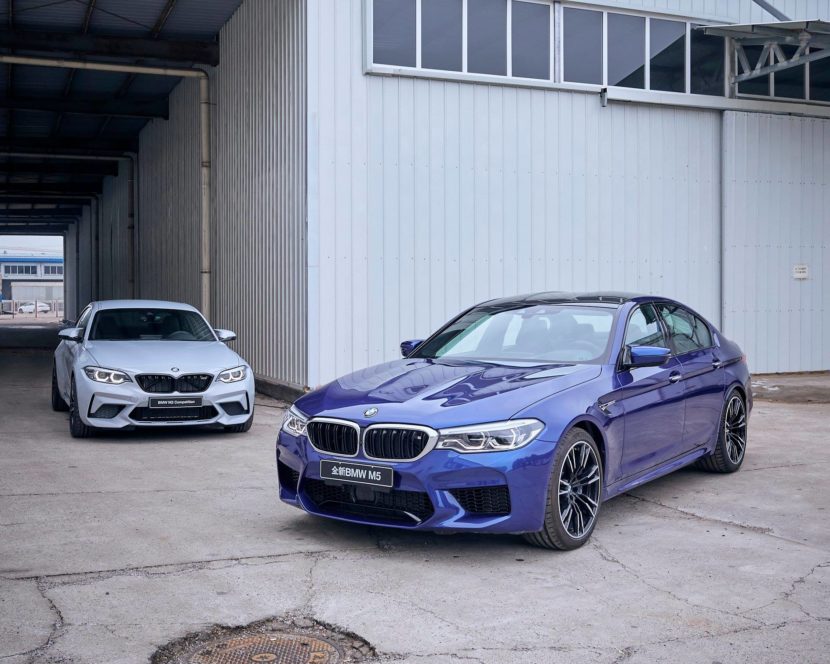 In addition to the new exterior color, the other modifications to the design of the M2 catches the eye: The BMW M2 Competition has a modified front apron with further enlarged air intakes, a new double kidney with optical connection between the two kidneys, exclusive M exterior mirrors and new designed tailpipes. The latter, like some other details, are standard in black, as the BMW M2 Competition is only available with high-gloss Shadow Line. 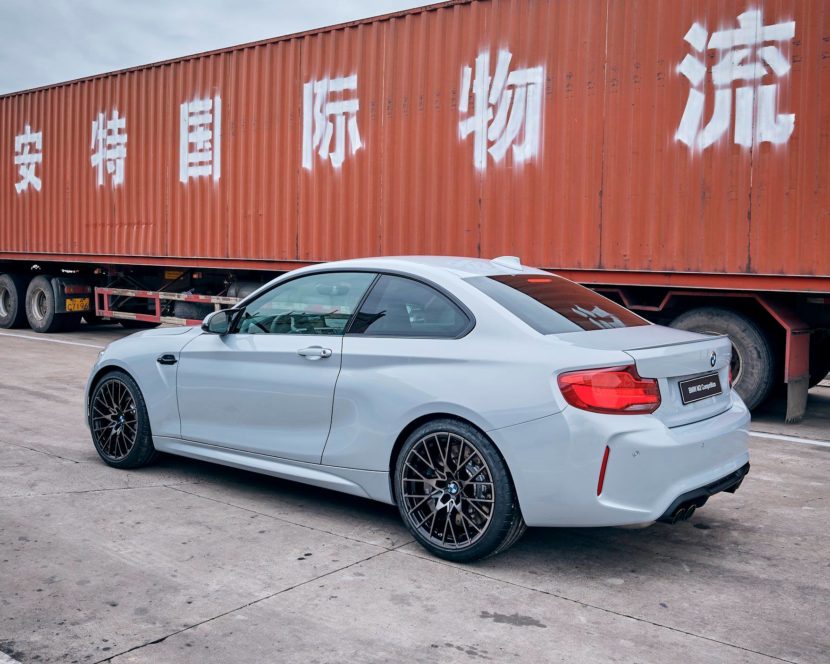 The most important technical innovation of the refreshed M2 is located under the hood, because there is now a new variant of the TwinTurbo inline S55 engine, which was previously used only in M3 and M4. In its expansion stage for the BMW M2 Competition, the engine produces 410 hp and provides maximum torque of 550 Newton meters between 2,350 and 5,230 rpms per minute. An additional carbon strut in the engine compartment makes the front end stiffer and should contribute to improved steering precision.