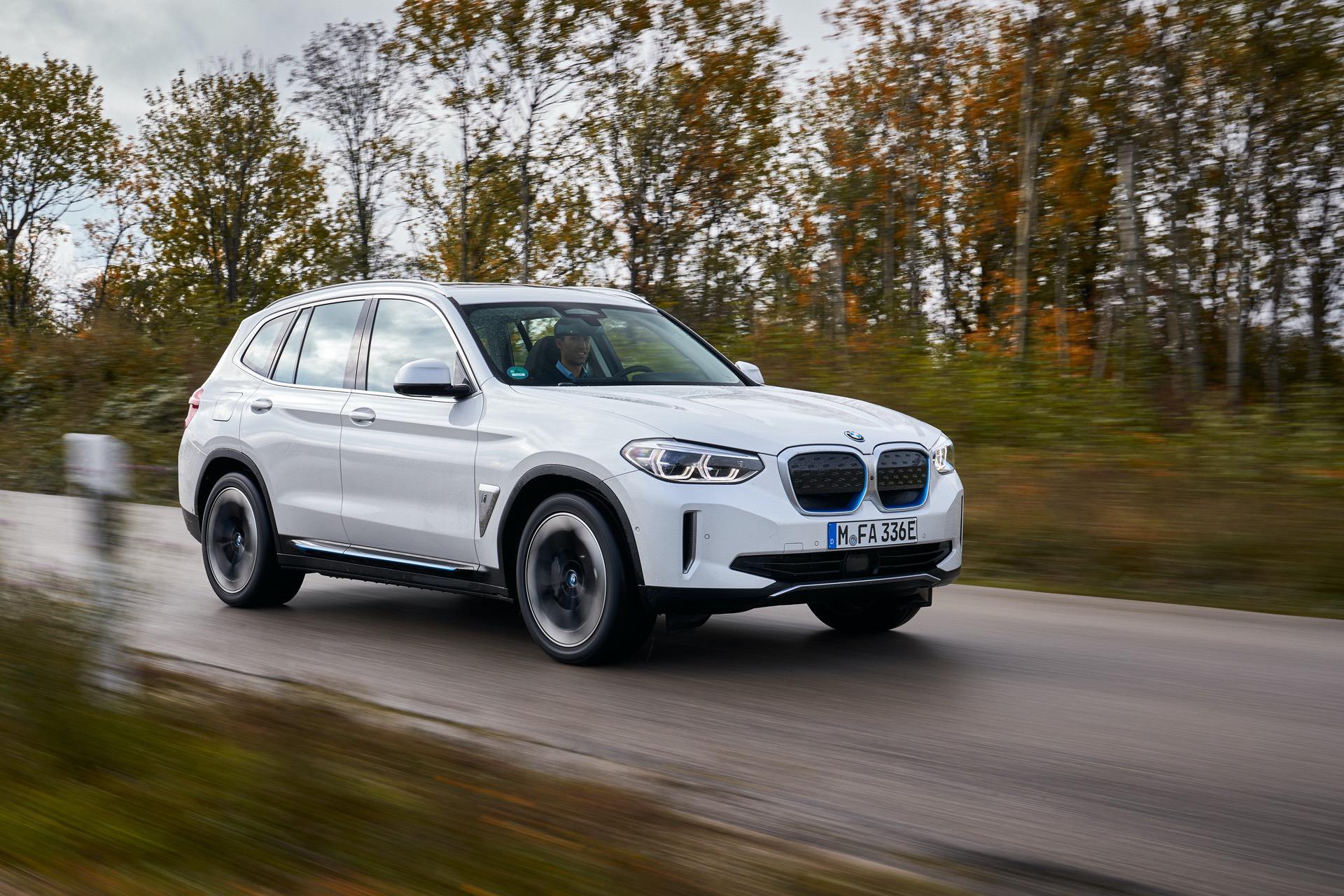 We recently saw a teaser of the upcoming BMW iX3, shown on BMW Group’s Twitter machine. All it showed was a brief glimpse of BMW’s classic Kidney Grilles changing from a traditional set of grilles to the sort of faux grilles we now see on many electric cars. Now, though, BMW Group has put out another teaser video of the iX3 that shows off the wheel of a BMW X3, which then transforms into a more high-tech, electric car wheel.

What’s interesting about this is that BMW clearly shows an X3 M40i wheel transforming into something more high-tech. Is that BMW hinting at the fact that the upcoming BMW iX3 will be high-performance or at least slightly performance-oriented? Now, the new iX3 wheel teased doesn’t look like something you’d find on a high-performance car. In fact, its white and grey color scheme makes it look like it’s been designed by Apple. However, that doesn’t mean it can be quick and/or fun.

Admittedly, the wheel we see in the video is just of the BMW iX3 Concept, so that doesn’t mean its styling is what we’re going to see on the final production car. Especially considering the fact that the iX3 will be based on the regular X3, so it’s bound to not change too much, in terms of style.

Aside from the fact that the BMW iX3 will be based on the BMW X3, we don’t really know much about it. We don’t know what sort of battery, power, range or charge times that it will have. Although, we can assume, or at least hope, that it will have more than 200 miles of range. Especially with the Audi e-tron coming out this year, which will boast a range of 248 miles.

The BMW iX3 Concept will make its debut at the Beijing Auto Show on April 25, so you won’t have to wait long to find out.